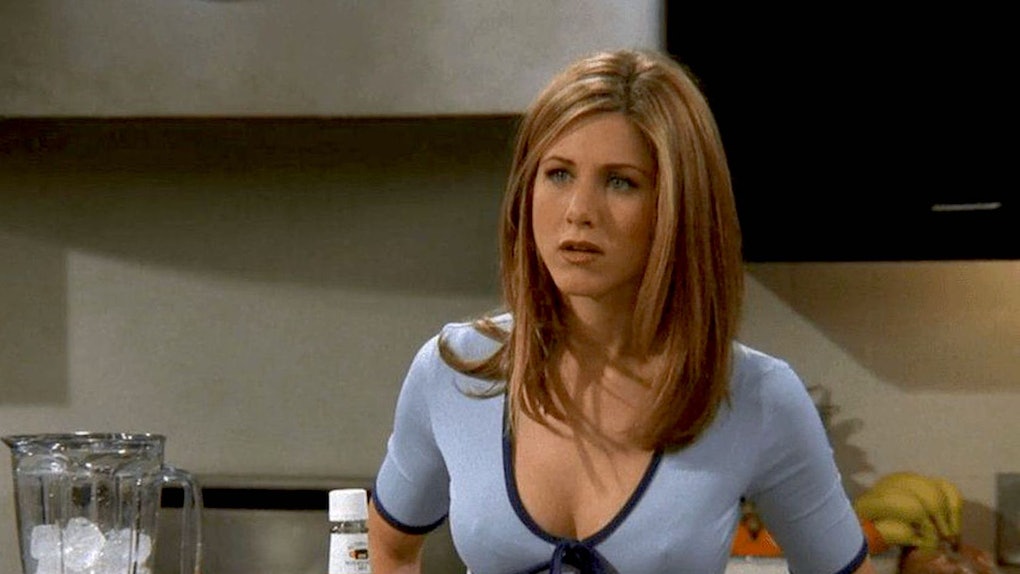 There are so many iconic things about Rachel Green. Her fashion sense exemplified the '90s. Her rollercoaster relationship with Ross redefined how dating culture thinks of "breaks." And her signature haircut in the early years had everyone asking their stylists for The Rachel. Now, more than two and a half decades since Friends premiered, a small but persistent detail about Rachel has fans obsessing over her once again. If you haven't yet seen the viral TikTok about Jennifer Aniston clearing her throat in Friends, get ready to rewatch all of Rachel's scenes with a whole new focus.

All six of the main characters in Friends had certain ways of speaking that made them unique, from Chandler's dry sarcasm to Monica's tense outbursts. For Rachel, Aniston infused the privileged fashionista with relatable, expressive reactions... as well as a certain vocal tic that hardcore Friends fans just cannot un-hear once they pick up on it.

Some Friends fans have known about Rachel's idiosyncratic throat-clearing for years, but now it is being revealed to the rest of the world through a TikTok video that has recently gone viral. In response to a prompt about tropes in media, TikTok user @cts.trphe showed various clips of Rachel clearing her throat on Friends, noting "it's very hard to unsee once you notice it."

This isn't the first time a Friends fan has called out Rachel's constant throat-clearing. The TikTok actually only clips out a small section of a much longer YouTube compilation of Rachel's vocal tic that was posted in 2019. And while certain fans have been aware of this habit since Friends was airing back in the '90s and early 2000s, there are definitely a ton of people who never picked up on it and will be shocked to see how frequent it happens upon a rewatch.

Now that you are one of the several people who have been made aware of this small but significant detail, you are sure to notice Rachel clearing her throat several times an episode next time you watch your favorite episodes of Friends. Hopefully that doesn't ruin things for you, because while the habit could be a bit annoying for some, picking up on it also adds a fun new dimension to a show fans have watched and rewatched a million times.