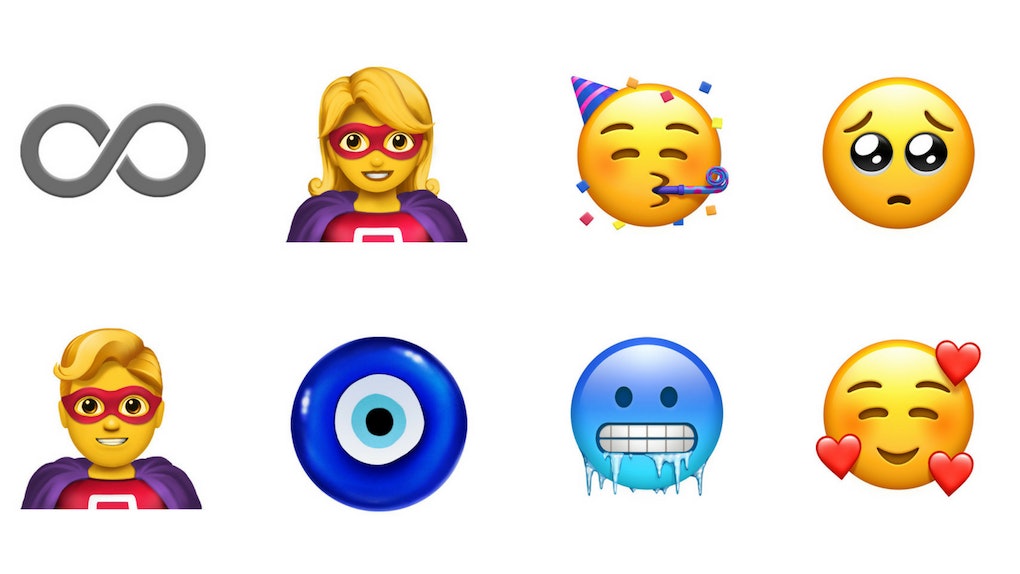 This Preview Of New Apple Emojis Has Every Character You Need

Since a new round of emojis debuted on Tuesday, June 5, mobile phone users have been patiently waiting for the decorated characters to hit their devices. There may soon be an end in sight for Apple consumers, though. The information technology company is currently offering a sneak peek of its new emojis and they look awesome. So, what emojis can you expect to see from Apple later this year? From the highly anticipated redhead emoji to the ever-popular male and female superheroes, this preview of new Apple emojis has every character you need.

In honor of World Emoji Day on Tuesday, July 17, Apple got a jumpstart on celebrating the digital expressions day. The company began previewing more than 70 new emojis on Monday, July 16 — one day prior to the unofficial emoji holiday. While the new computerized characters have not been released to iOS users just yet, there are a plethora of new emojis for you to get excited about. This new emoji lineup is part of the Unicode 11.0 update that was released on Tuesday, June 5.

The latest round of emojis includes characters that many have been eagerly waiting for. Apple's emoji update will include "even more hair options to better represent people" with red hair, gray hair, and curly hair, according to the company. There will also be a new emoji for bald people. This is shaping up to be one of the most inclusive emojis updates in recent memory.

Among the other new additions is a batch of smiley faces with bigger, bolder expressions than ever before. This includes the cold face, party face, pleading face, and a face with hearts, according to Apple. Additionally, the newly designed emojis made available by Apple will include a kangaroo, peacock, parrot, and lobster, test tube, and ball of yarn, as well as popular cuisine characters such as mango, lettuce, cupcake, moon cake, and other food items.

That's not all Apple has up its sleeve when it comes to the new emojis. The company also plans to introduce other digital expressions such as a softball, nazar amulet, infinity symbol, and more, according to Apple.

Sadly, these emojis are not available to Apple users just yet. For now, you will have to wait for the free update to iOS 12. It's unclear exactly when Apple will make the new emojis available to iOS users, but it should happen before the end of the year, according to Apple. The Emojipedia Blog predicts that Apple will release its update sometime between September and December, so you'll have to be patient for now.

Typically, these types of emoji updates are wrapped into a larger software overhaul that is released by Apple, rather than a one-off update. Once the latest rendition is available later this year, iOS users will be able to send and play with the new emojis on their iPhone, iPad, Apple Watch and Mac devices, according to Apple. Just make sure to keep checking your iOS device for software updates, because the new emojis should be here before you know it.