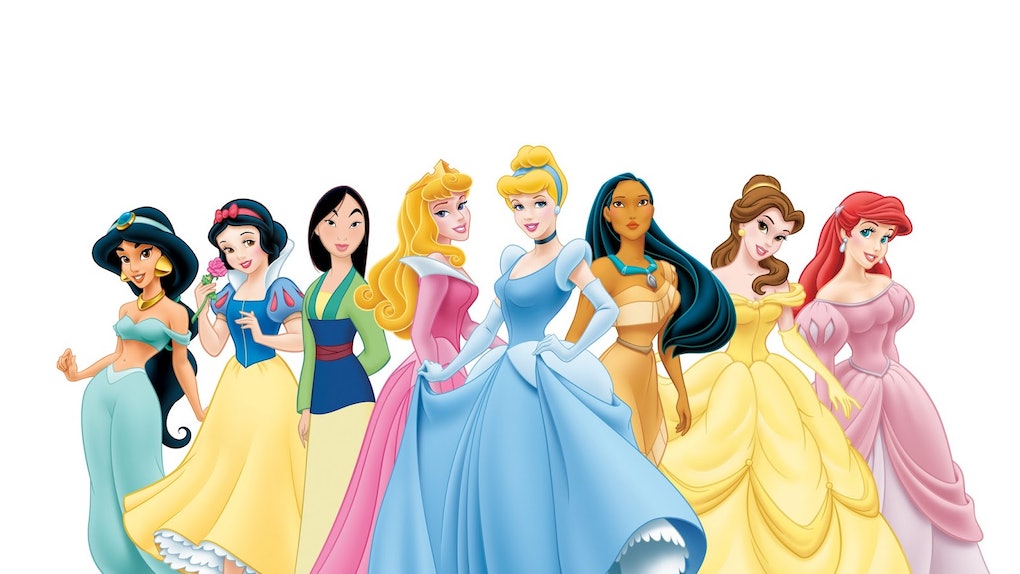 The trailer for Disney sequel Ralph Breaks the Internet has already, well, broken the internet for including a surprisingly woke conversation among Vanellope and the Disney princesses about the casual sexism in their lives. Disney has now essentially confirmed that Vanellope is so similar to the other princesses that she has sleepovers with them, as we all probably wish we could do. This photo of all the Disney princesses lounging in PJs will totally make your day and, if you're like me, convince you to reserve tickets for a Ralph Breaks the Internet screening ASAP.

Entertainment Weekly released an exclusive still from Ralph Breaks the Internet of newly minted princess Vanellope hanging out with her fellow Disney gals in pajamas. The sequel, due out in November, follows Vanellope and Ralph on their journey to the internet in search of a replacement video game part. Vanellope stumbles upon the Disney section of the internet, where 14 of the iconic princesses are completely revered. When Vanellope discovers she has much in common with the women, her more relaxed persona rubs off on them, presumingly resulting in a cozy-looking sleepover.

The photo is better than the wildest Disney World character breakfast you can imagine. While Vanellope holds court from the center of the women's circle of beanbags and couches, Frozen's Elsa lounges in front of her with a milkshake. Next to her, Mulan seems to rock a varsity jacket, while Cinderella has traded in her glass slippers for comfier footwear. In the full image, as seen on EW's website, you can spot the clever imagery on the PJs more closely. While Snow White dons a shirt with a poison apple on it, Elsa's shirt reads, "Just Let It Go." I'm calling it now — these designs will be in shops by Christmas.

So, where's my invite, Vanellope?

Poking fun at themselves in a unprecedented way, Disney is totally willing to tackle jokes and conversations surrounding its classic characters in Ralph Breaks the Internet. Co-director Phil Johnston, who also co-wrote both Ralph films with Jennifer Lee and Pamela Ribon, told EW:

The movie already garnered massive attention when it included Vanellope's first conversation with the princesses in its trailer. Proving that she's a princess, Vanellope identified with the group asking, "Do people assume all your problems got solved because a big, strong man showed up?"

Ralph Breaks the Internet imagines the princesses as online avatars rather than the actual characters, living together in a dressing room until they're rolled out for a daily "showtime" on the fan site Oh My Disney. The directors' concept involves the site having a "Which Princess Are You?' quiz and each woman stepping out to read the result correlating with themselves. Does Vanellope crash the quiz and mess with the logitherm?

While I assume that Ralph gets lost in the internet searching for his game part when Vanellope is living the princess life, these special Disney cameos have me so ready for this sequel. BRB, prepping my Vanellope hair bow and sneakers for the premiere now!