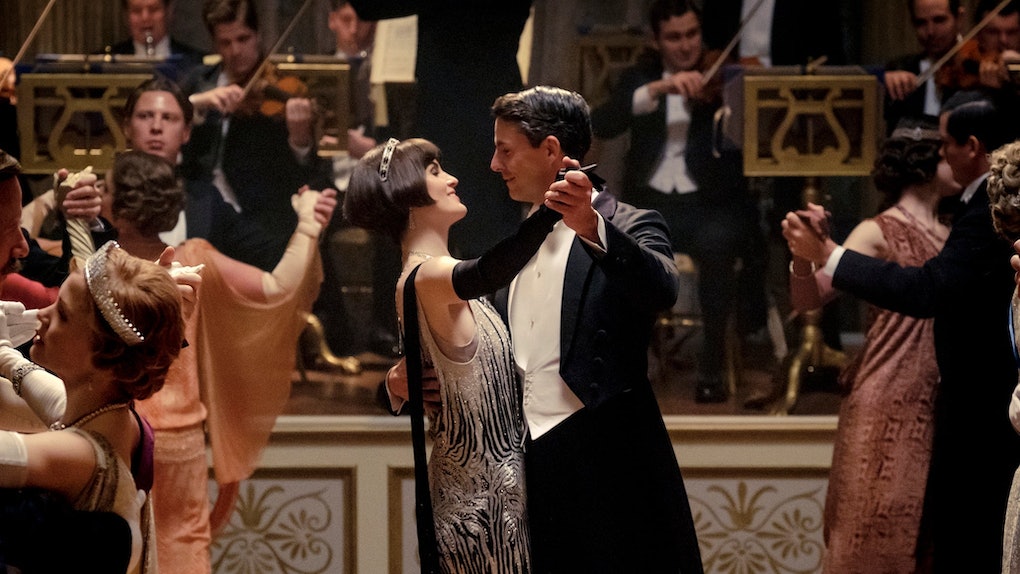 Downton Abbey began airing on ITV in 2010, the same year the BBC aired a little reality competition called The Great British Bake Off. Both went on to become massive hits, and for the same reason. They were throwbacks to another era, reviving interest in worlds left behind in a rush to modernization. And both were surprisingly gentle, sweet, with problems that could be dealt with by adding a cup of tea. The newest Downton Abbey movie clip is a reminder of why fans loved the series so much, and how the movie is echoing that theme.

That's not to say Downton Abbey (and GBBO) don't have moments of drama. Mr. Pamuk dying in Lady Mary's bed was a real scandal. Lady Edith discovering she's pregnant and no father to be found was a situation that could — and did — ruin the lives of many women of her day and age. (The maid Ethel was a cautionary tale of just how badly these things could go.) Women died in childbirth, as Sybil did, because male doctors didn't listen to the wisdom of women.

But from the way these stories went, it was apparent writer Julian Fellowes didn't want harm to come to his beloved characters. (As long as the actors didn't quit the show on him, like Jessica Brown Findlay and Dan Stevens did.) The new film also plays gently with the character's current crises. Check out the clip:

That's not to say Lady Mary's current predicament isn't a problem. The King and Queen are coming. The Royal Butler, Mr. Wilson (David Haig) and the Royal Chef, Monsieur Courbet (Philippe Spall) are not impressed with current staff downstairs.

The series ended with Barrow taking the role of the butler from the retiring Carson. But he's not the old school unflappable type and never has been. Barrow may be a great butler as long as the trains are already running. But throw a spanner in the works, and he's unable to roll with the punches.

And yet, this is, to borrow a modern phrase, the most first-world of problems. Lady Mary's problem is that her current butler is not handling being micromanaged well. In terms of calamities, this one barely rates a two on the Lady Edith scale.

So she marches down to the other end of her own property and gets the backup butler. One should note, Carson does not even bat an eyelash before saying yes.

At least Barrow will bring the drama upon learning of Carson's return.

Despite Barrow's snit upon discovering his temporary demotion, the fact is, this is a story designed for a feel-good two hours. The plot hinges on the stress of putting on an event. It's one designed to pull the family together, them against the ridiculous demands of a royal visit.

Fans, of course, will root for the silver to be cleaned and the food to be spectacular. Viewers hope the Crawley family will host the King and Queen with a smooth polished outside that never once lets anyone see how hard the wheels are turning to make it all look easy.

The Downton Abbey movie arrives in theaters on Friday, Sept. 20, 2019.