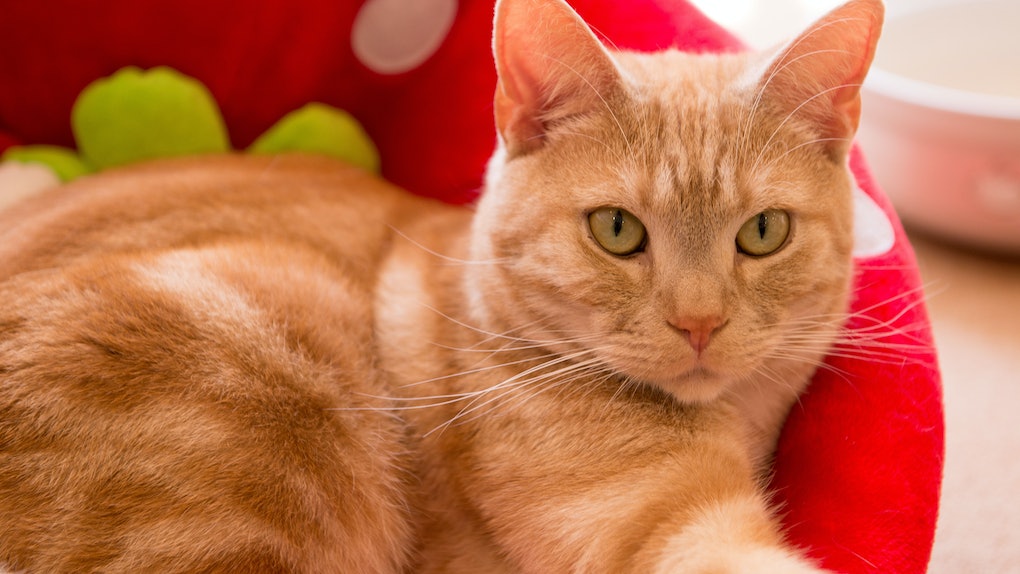 This "Mr. Sandman" Cat TikTok Video Is Going Viral Thanks To Its Purrfect Star

I think one universal truth is that, whether you're a feline owner or not, cat videos are pretty much guaranteed to put a smile on your face. If you're a TikTok user, you've probably seen the "Mr. Sandman" cat TikTok video that's recently been taking over the app. The star of the show, a ginger cat that's named after Ed Sheeran, can be seen clapping, twirling, and doing all sorts of adorable tricks in the viral clip, which makes it the purr-fect way to banish the Monday scaries.

Whether you're an avid TikTok user or you think the aforementioned term refers to Kesha's 2009 bop, it's no secret that the Gen Z-loved app has been taking over the internet. Known for its 15-second videos, the social media app is basically the new Vine with a platform for users to create brief clips of themselves lip-syncing along to the hottest bangers of the moment, trying out their own takes on the biggest challenges and memes of the moment, and more.

One 17-year-old TikTok user named Jade Taylor-Ryan managed to combine her 4-year-old cat named Ed, the 1954 song "Mr. Sandman" by the Chordettes, the app's nine-camera split filter, and a little creativity to create a winning formula in a 15-second clip she shared on Thursday, Aug. 15. What started out as a little bit of fun quickly went viral, with the video garnering millions of views and countless imitations since it was posted, and it's not hard to see why. In the clip, Ed can be seen coming in and out of the frames in time to the music, twirling, clapping his hands, and just being adorable in general.

While some users expressed concern that Ed was not so happy about his star turn in the video, Taylor-Ryan confirmed that her cat wasn't too bothered about starring in the clip. "Ed is very chill" she previously told BuzzfeedNews. "We pick him up and move him around all the time and he doesn’t really care, so I figured I would be able to do the same thing for the video. Turns out, I was right!"

She also told the publication that she got the idea for the viral clip from other users who've tried pairing the 15-second segment of "Mr. Sandman" with the app's nine-camera split filter.

"I put my phone on the floor and set a timer on it so I didn’t have to use my hands to film," she reportedly told the publication in an email. "I then timed when my cat would pop up in the frame based on the beat of the music."

Since Taylor-Ryan's video took off, people are sharing their own take on the viral idea — and the results are aww-inducing.

Numerous TikTok users are picking up on the viral challenge after Taylor-Ryan's entry, so there's never been a better time to download the app (if you haven't already), get your pet on board with the idea, and see if your vid takes off.