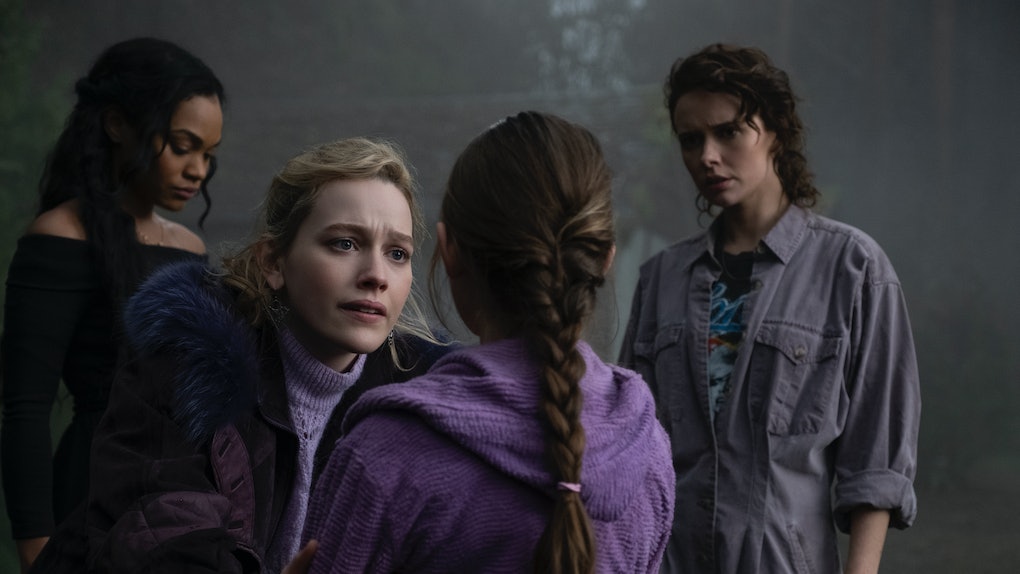 Netflix's The Haunting of Bly Manor is currently the biggest hit of 2020's spooky season. Based (somewhat loosely) on the 1898 Henry James horror novel, The Turn of the Screw, this follow-up to last year's The Haunting of Hill House is filled with actors from the first season. But the season also has quite a few hidden connections to other movies and shows unrelated to the Haunting universe. The Mean Girls actor's appearance in Haunting Of Bly Manor, for example, likely completely passed you by.

Warning: Spoilers for The Haunting of Bly Manor follow. Fans were already amused to realize the actor who plays Adult Flora is the same one who played teenage Renesmee in The Twilight Saga's final film, Breaking Dawn Part 2. Just like that cameo, this newly discovered actor appearance happens during the wedding scenes. Of course, fans are a little busy trying to figure out who is even getting married at the wedding — and what any of it has to do with the main story of Bly Manor — so it's understandable that these minor, but fantastic, details are missed upon first watch.

However, those who were paying close attention realized that one of the guests at Flora's wedding is none other than The Crying Girl from Mean Girls — you know, the one who "doesn't even go here!"

Considering her character didn't have a name in Mean Girls, most probably don't know the actor's name either. It's Jill Morrison, and that breakout moment in Mean Girls was the first big-screen acting role of her career. Since then, she's turned up in several TV series, including When Calls the Heart, Supergirl, and The Twilight Zone's new remake.

But perhaps more importantly, Morrison recently acted in Netflix's To All the Boys: P.S. I Still Love You. She only had a small role, playing Dorothy, but it's just further proof Netflix tends to stick with actors once they've been in a proven hit project. (Lookin' at you, entire cast of Enola Holmes.) And it seems Morrison managed to get a foot in the door to riding the streaming train.

Fans will have to see if Morrison gets to come back and "go here" some more if The Haunting series gets another installment.

More like this
Is Netflix Making A 'To All The Boys' Spinoff Series About Kitty? Here's The Tea
By Rachel Varina
10 Rainy Day Movies To Watch On Netflix That Are Perfect To Pass The Time
By Kristen Perrone and Lexi Williams
These Fake 'Riverdale' Brand Names Are Even Better Than The Real Thing
By Rachel Varina
Stay up to date