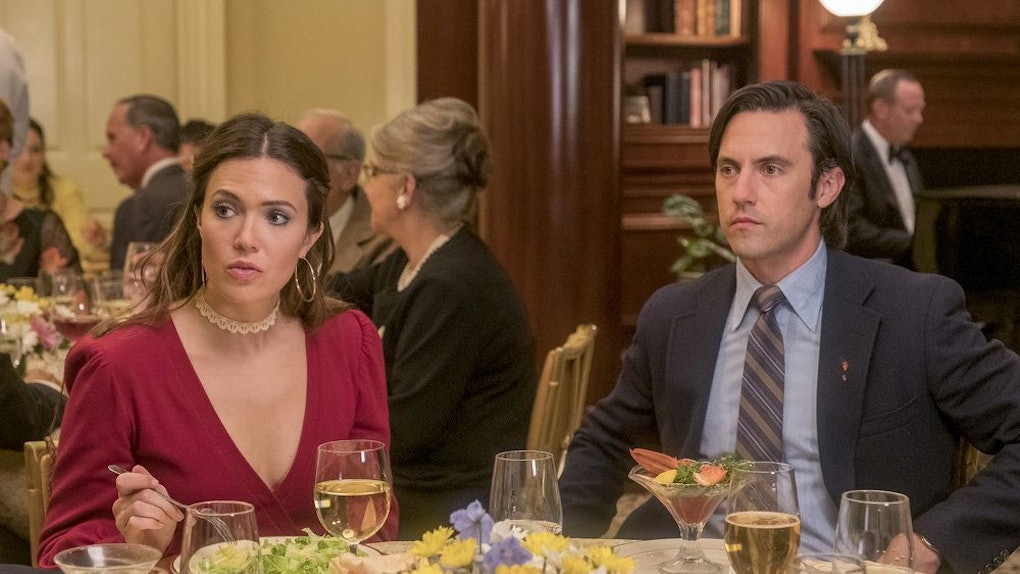 'This Is Us' Season 4 Cast Rebecca's Father, So Prepare For Drama

This Is Us spent the first three seasons obsessed with Jack Pearson. Who was he, and how did he die? Why was his daughter Kate so obsessed over his passing? What kind of awful childhood did he have? What happened to him in Vietnam? Who was his late brother Nicky? Now, all those mysteries have been resolved, though the fallout from them will continue to haunt the landscape. Meanwhile, the show is pivoting to ask these questions of a different character: Jack's wife, Rebecca. Now, This Is Us Season 4 cast Rebecca's father assuring viewers that her background will be explored.

Now, with flash-forwards to the future revealing the mystery of Rebecca's passing to come, it's time to travel back into her past. Who was Rebecca Malone before she became a wife and mom? What was her childhood like, and why did she give up trying to be a singer? How did her handling of Jack's death lead her children to the paths they wound up taking?

The first clue will be to meet her parents, as This Is Us Season 4 arrives. To that end, Rebecca's father, who has heretofore not been seen on the show, will play a "key recurring role." According to Deadline, Tim Matheson, of The West Wing fame, will be taking the part of Dave Malone.

The producers are keeping mum on details about Dave’s character and storyline, but Moore has been dropping clues in interviews this summer, noting that "Rebecca is a bit of a daddy’s girl" and that "my father plays a bigger role in Rebecca and Jack’s relationship moving forward."

Viewers have already met Rebecca's mother, Janet Malone, played by Elizabeth Perkins. She showed up in flashbacks in Season 1's "The Right Thing to Do" and again in Season 2, first in "Still There" and then towards the end of the season in "The Car." Rebecca's mother was also briefly seen at a much younger age in a single flashback to her childhood, played by another actress, in "The Game Plan."

Fans already know Janet's not the most likable person and has been shown criticizing Rebecca's life choices. It was also suggested she was also all-but-banned from the Pearson house after exhibiting openly racist behavior towards Randall.

But if Rebecca doesn't get along with mom, how does she do with dad? More importantly, if she's a "daddy's girl," how does Dave handle the reality that she'll move on and marry Jack? And, perhaps most importantly, why isn't her father involved in his adult daughter's life later on?

These are the sorts of mysteries This Is Us Season 4 aims to tackle as audiences deep dive into Rebecca's past. The series returns with an extended premiere episode on Tuesday, Sept. 24, at 9 p.m. ET.