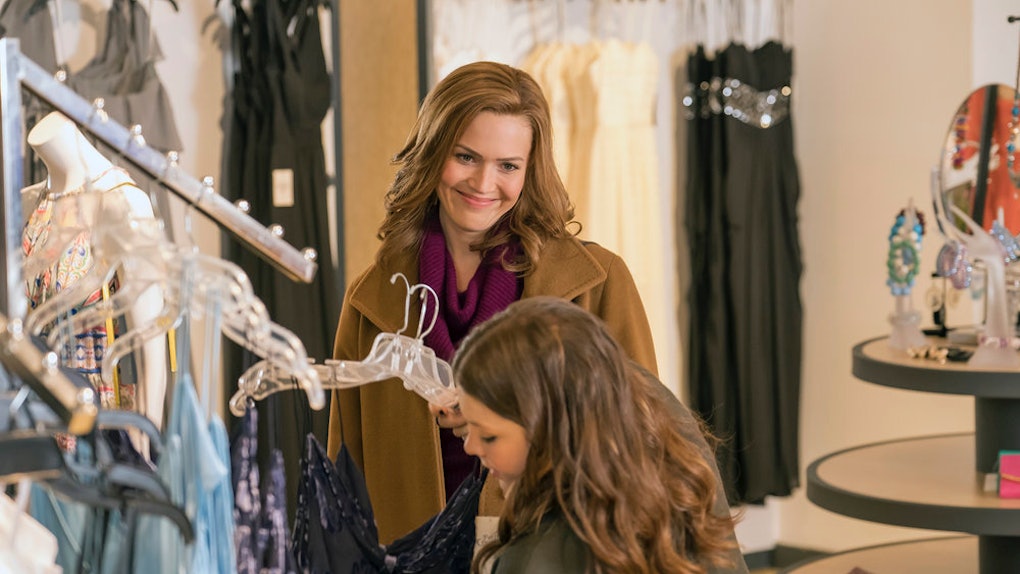 Another episode of This Is Us has ended, and after that therapy session, I think we may all be calling our shrinks come Wednesday morning. As always, Season 2 Episode 11 buttons with a next-time trailer, this time for the forthcoming episode mysteriously entitled "Clooney." As in George? Or are we going to see Kevin "Clooney the hell outta this thing," like he did in his return to The Manny? The This Is Us Season 2 Episode 12 promo does give us some clues.

This week's time jump of "one month later" did give everyone a little time and distance from the events from the mid-season finale, but fans are still worried that too much time jumping might allow Kevin to skip over all the hard parts of addiction management and find himself too easily in recovery. But the series can't move that fast. After all, Kate and Toby have a wedding to plan, and (assuming NBC follows the rules of good television) that wedding needs to be timed out to fall in the Season 2 finale.

At least next week we have the promise of planning to be done.

And here's the trailer:

William Faulkner is famous for saying "The past is never dead. It's not even past." That was the first quote that jumped to mind watching the trailer, though it could really go for the entire show as well. What happened in 1997 is still with all three of Rebecca's children today; it's with her as well, it's with their spouses, and their significant others, as all thee kids struggle with the father who's been held up as some flawless ideal. Jack was many things, but he never was that.

The heart of this week's episode was in the present, and it feels like next week that will remain true. Though we see a flashback of Jack telling Kevin and Randall they have to own their choices of where they go to college (and what they do when they get there), the real gut punch scenes are all happening today.

There's Randall, finding poetry William wrote back in the day, in an old composition book; and it clearly begins to create a divide between him and reality. As we hear Beth say: "Recently it feels like you are somewhere in outer space." Perhaps Radalll is feeling more in touch with his emotions after that therapy session.

So was that a flashback memory of William? Or has Randall retreated so far back in his own head after that therapy session that he's seeing ghosts?

And then there's Kevin, home at last, and facing something he hasn't really had to see until now: his mother and Miguel as a couple. This week, Miguel spoke up and reminded us all that he's done something that makes him the ultimate outsider in the Pearson family. He married his best friend's wife. Now it seems that all the messiness that comes with that, that's held Miguel on the outside looking in all these years, is rising to the surface with Kevin's therapy.

Did Miguel love Rebecca while she was married to Jack? Unlike everyone else, Miguel seems to be at peace with the choices he's made in life. I'm curious how Kevin will react when faced with that sort of inner peace that no one else in his family (not even Beth or Toby) seems to have. Perhaps this is a relationship that could help him going forward.