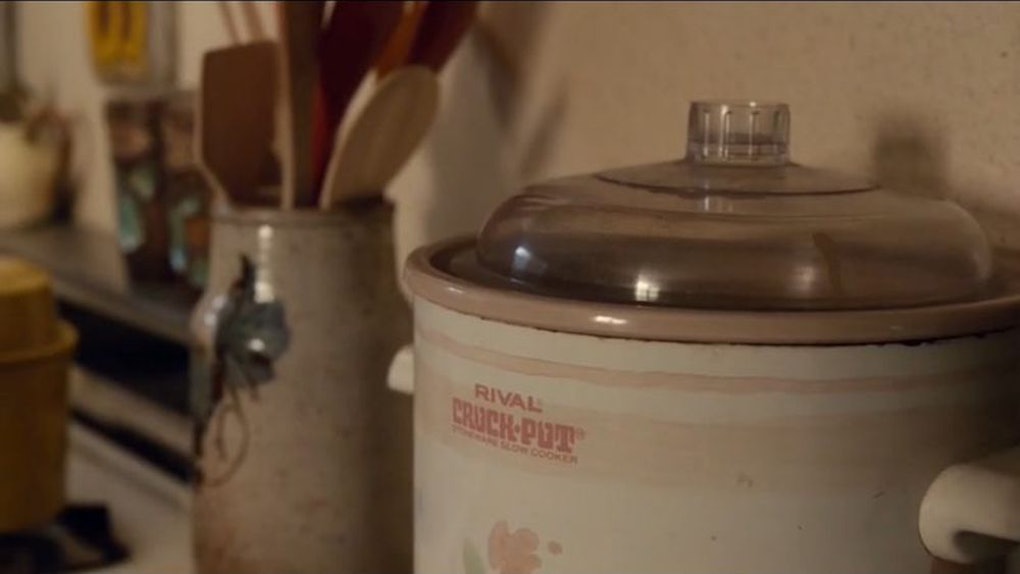 'This Is Us' Producers Defend Crock-Pots, So Don't Throw Yours Out Yet

The answer to the what started the fire on This Is Us had been sitting there in plain sight all along. It was the Crock-Pot in the kitchen with the faulty wiring. It's been a player on This Is Us since the very beginning, first revealed sitting innocuously on the counter in the early Season 1 episode "The Big Three." Since then, it's been in many scenes, rarely doing more than gathering dust, except perhaps when it bubbled in a slightly menacing manner as it made dinner. While some fans were quick to blame this modern staple of family dinners, the This Is Us producer defended Crock-Pots on Twitter after the big reveal.

The revelation that the culprit was actually a present from Jack and Rebecca's neighbor George was a shocker. The Revel slow cooker home appliance was already a moldy oldie when it found itself adopted by the welcoming Pearson clan at the beginning of the Reagan era. The fact that this otherwise cheery little pot, with charming plastic lid, would one day turn around and burn the hands that filled it with ingredients for so long was gut-punch discovery.

While some ended the episode by running around their kitchen frantically unplugging any disgruntled looking countertop devices before bedtime, This Is Us executive producer Dan Fogelman took to Twitter to make a stand for all the brave little toasters and plucky slow cookers who never did one a bit of harm.

Consider the current Instapot craze that grew to a fever pitch this past holiday season. Can we really ask America to remove the 21st Century's marriage of Crock-Pot and Pressure Cooker, due to a single human death back in 1998? Should we stand here today and convict them of holding murder in their digitized hearts?

And may we remind the ladies and gentlemen of the Twitter jury that before we convict this elderly slow cooker, a gadget that Rebecca should have long put out to pasture and replaced with a shiny new Kitchen-aid a good five years before, that it too died a fiery death that night, possibly along with Jack Pearson? In fact, one might even state that the Crock-Pot was the first victim in that night of tragedy.

Not only that, but to convict an entire population of kitchen instrumentation based on the actions of the few (or in this case, the one) is the height of hypocrisy. One might argue that the kitchen towels should have been less flammable, that the curtains should not have left the flames jump so high. And where was the smoke detector? Like the dog that failed to bark in the night, the battery-less wonder stood silent as the inferno ate nearly 20 years of memories in the making within minutes.

When asked for comment on the events of Jan. 25, 1998, Crock-Pot Slow Cooker was quick to get on Facebook and put out an official statement expressing their deepest condolences for the Pearson family's loss, but they were not at this time planning a counter punch advert to run during the Super Bowl.

Here's their official statement, in which they defended their Crock-Pot brethren as "generational tested by family and friends.":

Who knew that the SAG Awards were in fact handing out their Outstanding Ensemble award this past weekend to a show that is really just been one long PSA for best practices in fire safety in the home?