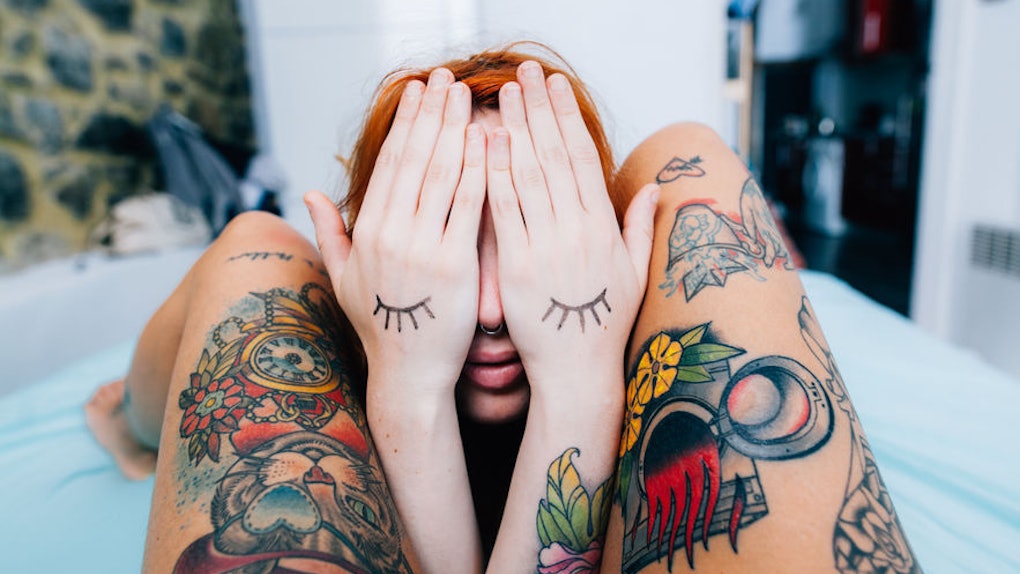 This Is The Most Common Sexual Fantasy, A Study Says, & The Reason Why Is So Fascinating

It can be sort of awkward working up the courage to admit your deepest and, at times, darkest sexual fantasy to anyone other than, well, yourself. But a recent survey of more than 4,000 Americans asked people to do just that. Throughout this project, Kinsey Institute sex researcher Dr. Justin Lehmiller was able to discover everything there is to know about what the American people are sexually fantasizing about, including what our most common sexual fantasy is.

He shared the results of his research in a book called Tell Me What You Want: The Science of Sexual Desire and How It Can Help You Improve Your Sex Lif, and in an interview with IndyStar he explained what people want most when it comes to sex:

"It stems from what sex researchers refer to as the Coolidge Effect, which is the idea that we tend to grow bored with sexual routines and need to introduce novelty in order to maintain arousal and excitement," Dr. Lehmiller explained to IndyStar. "Group sex is one of the ways people can easily interject the novelty they crave."

And group sex isn't just a dude fantasy. No, Dr. Lehmiller was surprised to note females were particularly interested in the concept.

So... yeah, if we weren't already clear on it before, gender is a social construct and we're allowed to fantasize about whatever we want!

One more comforting tidbit of information he shared? If the sex in your LTR doesn't quite feel as ~spicy~ as it did in the beginning, it's really no big deal. You're normal!

"People think a long-term relationship should always be passionate and exciting, and that if it isn’t, there’s a problem with them, or a problem with the relationship," Dr. Lehmiller reassures readers over at IndyStar. "The truth is that passion tends to decline in most relationships, and if you want to keep passion alive, you have to work at it. It’s supposed to take work; it’s not just naturally easy."

OK, so I think we've learned some excellent lessons here. For starters, a lot of people seem to be down for threesomes. Stereotypes are tired: men can crave emotional connections and women can get pretty steamy. And passion takes work! The bottom line is that whatever you're feeling in the bedroom, you're probably more normal than you think.