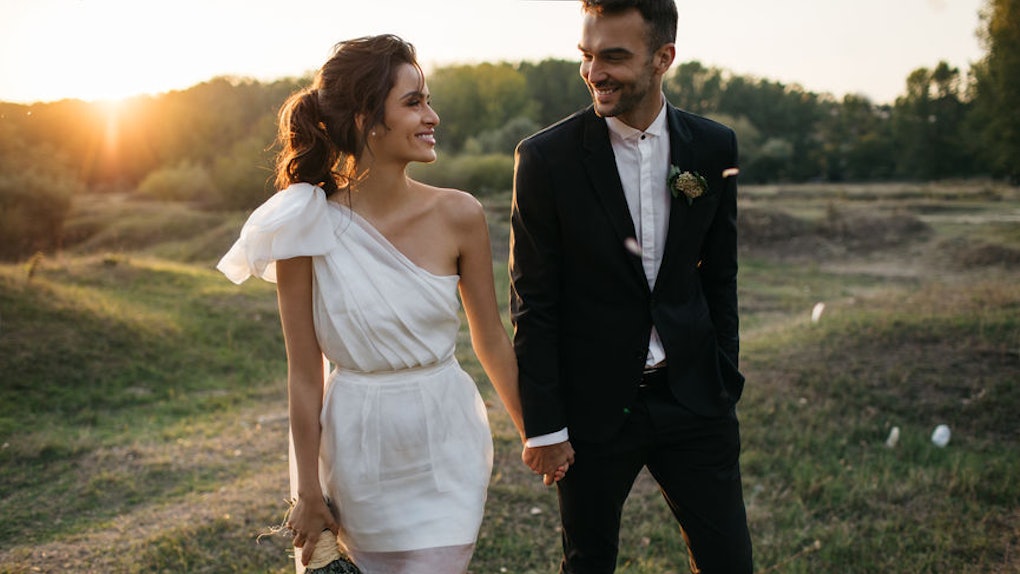 This Is How Relationships Change After You Get Married, According To 11 Newlyweds

I'm not going to lie here, marriage terrifies me. Like, truly shakes-me-to-my-core-level terrifies me. Maybe it's because my parents are divorced. Maybe it's because every celebrity relationship I've ever looked up to has eventually crumbled. But, for me, marriage has always signified the end of romance and excitement. The end of true looove. But a recent Reddit AskWomen thread that asked ladies to share how relationships change after getting married from firsthand experience has actually managed to restore my faith in matrimony.

Read along and prepare to think, "Maybe marriage isn't so bad, after all."

Their relationship hasn't changed at all... and that's a good thing.

It hasn't changed at all. Like, really, not at all. And I'm pretty psyched on that.

They're more comfortable with each other.

Will hit three years this summer.

We're more comfortable with each other. Comfortable just sitting next to each other doing our own thing. I'm less clingy, more relaxed. We've been through quite a few tough things in our almost three years of marriage and it has really pulled us closer together. Our communication has improved, and along with it our expectations have shifted. Sex is better because we're more in sync with each other.

Overall, it's been a good shift.

Married 2 years at the end of August.

I think it's changed, but mostly for the better.

We're starting to phase out some of our hobbies, friendships, ideas, etc. for more age appropriate ones and it was a mutual decision which made the transition easier.

For example, we both play competitive soccer, but the strain it places on our bodies is 10x more intense in comparison to 5 years ago. We're not willing to jeopardize work performance for a goal. My husband is taking this summer off entirely and I no longer attend training sessions - games only. We're still active, we just are in a way that it won't make either of us limp at work.

We've also distanced ourselves from social scenes we no longer find enjoyable or appropriate. I have groups of friends who love to go out Saturday nights which we're willing to do in the winter, but in the summer we have an unofficial rule that we don't go out past 10 PM. We want to enjoy the day while we can in more relaxed ways - hiking, swimming, camping, day trips, etc. We'll go back to partying and binge drinking in the winter when there's straight up less to do.

Getting married legitimized their same-sex relationship to relatives.

Married nearly 2 years, and honestly so far it’s got better. At least I think so. My wife is awesome and I love her so much.

Whilst it was never a constant and relentless problem with both had some relatives who were not super supportive of us being in a same sex relationship. Yet getting married has sort of legitimised our relationship in their eyes. It’s taken some stress off us and allowed us to be more happy.

They became more open with each other about their finances.

We’ve been married for 1 year. The biggest change has been the financial piece. Prior to marriage we maintained very separate finances, we just split the bills. Now that we are married we still maintain separate finances but we are open with each other about the state of our finances, we set joint financial goals, we co-signed on loans, etc.

Other than that not much has changed! I would say overall our relationship has improved romantically just because we both feel even more secure.

Marriage made him grow up.

1st wedding anniversary next month, been together 4.5 years. I guess the only thing it’s really changed is he’s started acting more... adult? He hasn’t lost his silly/childish side that I love, but we graduated college and then got married. So I think the two life events at the same time made him think more about what he wants to do in life rather than more go with the flow like he was in college. As for me, I think kind of the opposite happened. We’re partners in life now, so it makes me feel like I can relax more and rely on him when I need to. We balance each other out a lot.

So much less anxiety and insecurity. Everyone treating us as husband and wife really changed things for us.

We feel more grown up and think more long term.

We influence each other and are more accepting of each other's influence.

It hasn't at all. We lived together for a few years before marriage and I think that moving in together was a bigger change than marriage. We already had our routines by the time the wedding happened.

The one thing that has changed is how OTHERS view us. People seem to think you're a more responsible adult when you're married. They also seem to think you're "less fun" and don't invite you to things that are seamed for single people, like girls nights out. They view your relationship as a package deal - if they invite you, they have to invite your SO. I don't know if this is anyone else's experience, but when we were just "dating" status, I seemed to be given more of a "fun friend" title, and now I kind of play the "mom friend".

They feel safer in their relationship.

It hasn't changed, other than that I feel safer and more confident in his commitment to me. And that people ask "how's married life" and get my name wrong a lot more.

The sex got better.

Will be married for a year here in September. (F/21 & M/21) , we’ve been together 6 yrs. nothing has changed, other then sex getting better every day!

I love him with all of my heart & soul, and can’t wait to grow old with him :)

Their relationship got inexplicably more awesome.

We're definitely closer because of it, somehow. Our relationship was great to start with but it has gotten even more awesome but I can't explain how or why.

OK, so... I don't know about you but I'm suddenly pumped to get married.