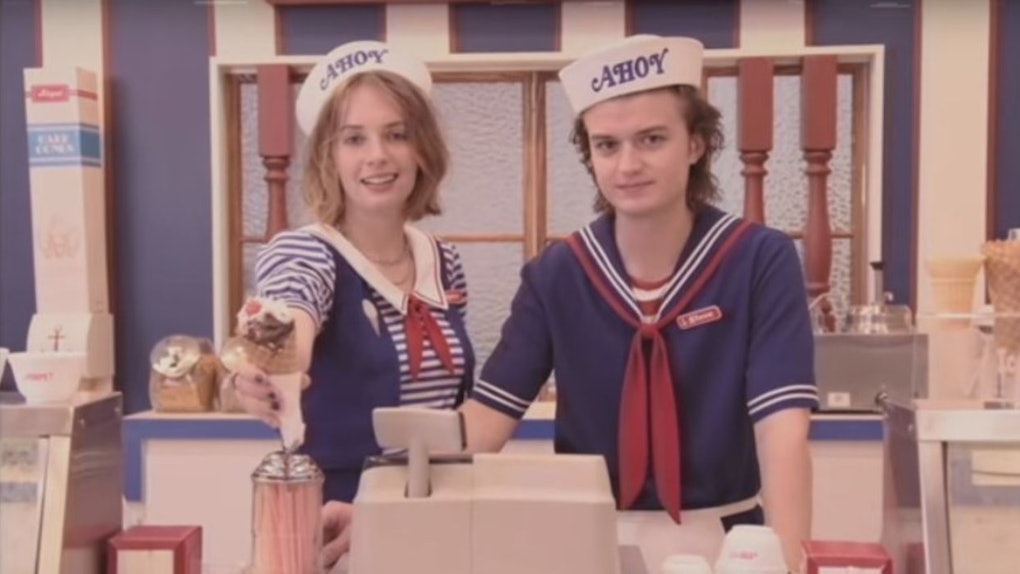 Stranger Things 3 is finally underway, but filming for the third season was delayed long enough the series isn't expected to air this year at all. Current Netflix estimates except the air date to come in 2019, but fans thus far have assumed this meant early 2019, like January or February. But the new Stranger Things Season 3 teaser suggests the show has no intentions to play into our expectations. Not only does it tagline itself "Coming Next Summer!" but the location it reveals suggests the Upside Down will find a new spot to break through the fabric of reality.

Before the trailer's arrival, the production had revealed a few details about the coming year. Season 1 was set in November of 1983 and Season 2 in October of 1984, which meant both leaned hard into the school setting, as well as fall and winter rituals, like Halloween and Christmas, as well as the full year between adventures.

Season 3 will have a shorter time jump between the events of Hawkins Lab closing and this new adventure. It is set in the summer of 1985. This means Steve will have graduated, and the rest of our crew will be in the midst of summer vacation, which they'll spend at Hawkins' brand new mall.

Teen mall culture was at its height in the mid-1980s, so this is a perfect setting for the Stranger Things kids to hang out when they're not playing Dungeons & Dragons in Mike's basement. It's also the right place for characters like Nancy, Jonathan, and Steve to get summer jobs. From the final moments of the ad, this is also how the gang will be introduced to Robin, played by Maya Hawke. Though, by the look on Steve's face, he's only scooping ice cream because he can't put his Demogorgon Killing Skills on a resume.

But as this is Hawkins, and fans know there's the Upside Down to contend with, some of us have questions. Like, where did they build this shiny new mall? Look at all the land it takes up, with the sprawling parking lot. Hawkins isn't exactly a large place, where could they have zoned to build a mall this big that didn't include tearing up farmland?

The most logical answer is, they bulldozed Hawkins Lab since it was now standing empty after the government was forced to abandon it. If so, the town of Hawkins built this bright and shiny commerce mecca right over the buried opening to the Upside Down.

Consider what Netflix has revealed of Maya Hawke's character, Robin:

Hawke’s Robin is an alternative girl who is equal parts sharp and playful. Bored with her mundane day job, she just wants a little excitement in her life… and gets more than she bargained for when she uncovers a dark secret in Hawkins.

Scooping ice cream is a mundane day job. If she goes for a wander into the wrong corner of the mall and finds herself face to face with an opening to the Upside Down one night after work, that's definitely more than she bargained for.

Stranger Things Season 3 returns in 2019. If the ending of the trailer is to be believed, Netflix will be moving it back closer to the original debut window of Season 1 and will arrive next summer.