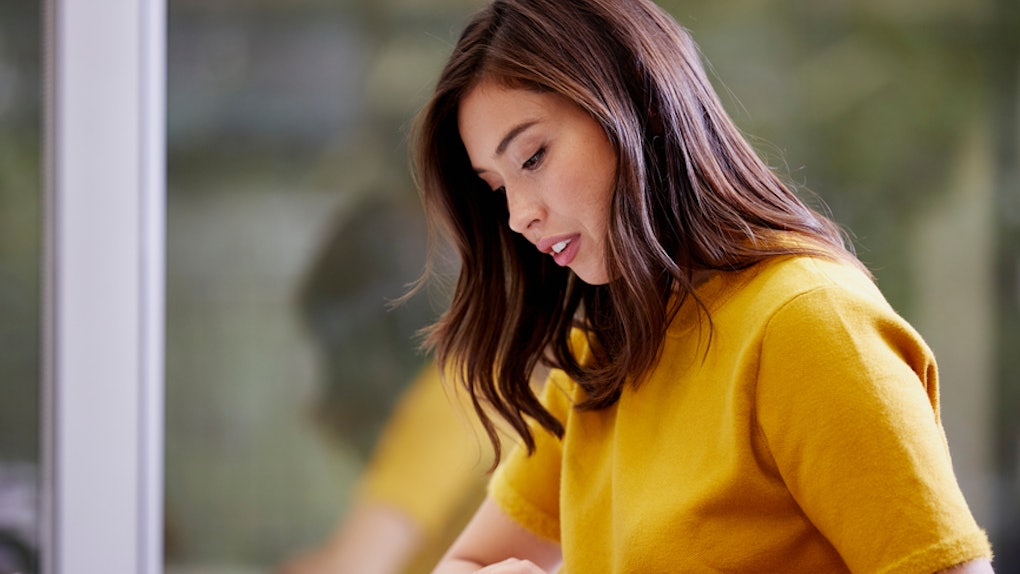 No one hands you a checklist to reference when you're an adult, so you can make sure you're actually "adulting." In fact, everyone has their own standards and perspectives about what makes a person a functioning adult. Ultimately, there is somewhat of a consensus about things adults do that makes them grown ups. And though it sounds intimidating, I promise it's going to be a lot more fulfilling than you think, once you get there.

You probably remember watching your parents balance their checkbooks or sit at the kitchen table going through stacks of mail, wondering what they were doing. Now that you're on top of your own finances, you probably realizing it's all not as intimidating as you once thought. Even though your parents have a few years on you when it comes to "adulting," you're figuring out what being an adult means to you, slowly but surely.

Don't worry, though. A majority of the things that are considered adulting, really aren't that tough to do or figure out. Lucky for you, most of these tiny tasks are easily attainable and only seem like a lot when you try to get them all done at once. Pacing yourself is key when it comes to adulting because it can be overwhelming if you're not careful. Think you've got the basics down? You likely aren't a stranger to doing any of these things, then.

Staying hydrated gives you major adulting brownie points. So much can go wrong with your body if you aren't drinking enough water. Keeping a refillable water bottle or frequenting the office's water fountain are great adulting initiatives. You may have heard it all before, but you seriously need to be sipping enough water on the reg.

2. You Stick To A Schedule

Don't sleep on the powerful impact of making and sticking to a schedule. Having a schedule doesn't make you boring; it's what you need to help keep you in line during your work week. Think about all of the messes you have dodged so far because you stuck with your schedule. I'll wait.

Your parents weren't making you eat breakfast as a kid for their health; it's for yours. It's super beneficial to getting a strong start at the beginning of your day. Making sure you have a healthy and filling breakfast will help you avoid being hangry at the first people you see at the office in the morning. Your body needs fuel, so give it what it's craving.

4. You Try To Get Enough Sleep

Catching those Zzzs doesn't seem like such a bad idea when you're waking up all bright-eyed and bushy tailed the next day. You function so much better when you get enough sleep, and you face the day with a lot more energy. So, if your head is hitting the pillow at a reasonable time the night before work, you deserve an adulting gold star.

If attempting to keep one finger on the pulse of your finances isn't being an adult, then I don't know what is. You aren't trying to stress yourself out, but it's always responsible to know where you stand financially. Let's save money management for another chapter, though.

6. You're Considerate Of Other People's Time

Being considerate of other people's time means you don't make a habit of showing up late. When you're on someone else's time, it's considered a good adult courtesy to show up when you're supposed to. Punctuality is a surefire way to earn yourself a few adulting points.

7. You Think Before You Speak

As an adult, you're responsible for your actions and the things you say. Not everything you encounter will be pleasant, but you are in control of how you react. Thinking before you speak is always a good idea, and could keep you from having to apologize for an overly emotional, initial reaction. You're thinking about consequences, which shows you're learning from your past mistakes.

Of course, being an adult is so much more than the above, but if you've got a good grip on these seven things, consider yourself on the right path to being a true grown up.

More like this
TikTok's #NotTheMainCharacter Trend Shows The Supporting Role You Connect With Most
By Marisa Casciano
How You Love To Be Spoiled, According To Your Zodiac Sign
By Roya Backlund
Your Favorite Way To Escape From Reality, As Told By Your Moon Sign
By Roya Backlund
Stay up to date