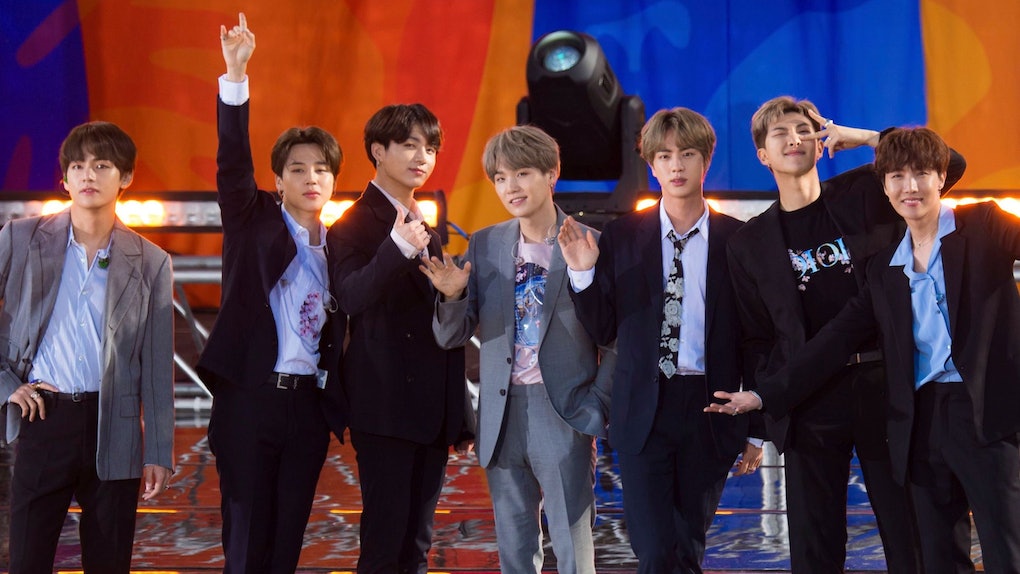 BTS just kicked off Good Morning America’s Summer Concert Series with the most amazing performances ever. The boys took to the stage to perform two of their biggest hits to date and gave ARMYs in the audience a lot to swoon over. The videos of BTS performing “Boy With Luv” and “Fire” on GMA will make you wish you had been there.

Lots of ARMYs were at the taping of the boys’ GMA performance. As a matter of fact, some camped out for up to a week just to be first in line to get into the performance venue at Central Park. And the boys of BTS were acutely aware of how dedicated their fans were in making sure they got to see their performance up close. Even RM and V acknowledged the fans who camped out during the interview portion of BTS’ appearance on GMA.

“All our fans are the best. They are our motivation. We love you ARMY,” V said before they all took the stage to perform.

RM also added, “Thank you for waiting for days…we appreciate your love!”

So, the boys very much appreciated how much time and dedication the fans put into this GMA appearance. And, of course, BTS truly delivered when it came time to hit the stage. As I previously mentioned, BTS performed “Boy with Luv” and “Fire.” So, ARMYs got a nice mix of new and classic BTS music.

First up was “Boy With Luv.” As expected, the fans in the audience went totally bonkers when the guys started performing, but I don’t need to tell you that. You can watch it for yourself.

Here’s BTS’ performance of “Boy With Luv” on GMA:

Next up was “Fire,” a BTS classic that had fans whooping, fan-chanting, screaming, and just letting their inner fangirl show. Everyone was ready for the boys to break out the moves and vocals that make “Fire” so special. And they, of course, did just that. Here’s a look at the boys’ performance of the hit:

Those two performances weren’t all BTS had to offer during their May 15 appearance on GMA. As I said before, they also gave a brief interview during which they spoke to GMA hosts Robin Roberts and Michael Strahan. Roberts and Strahan were clearly excited to have the boys there and I wouldn’t be surprised if they were huge BTS fans themselves. At the very least, they really appreciated having such talented, humble guests on the show. During the interview, BTS spoke with Roberts and Strahan about all kinds of things — from ARMY and their new album, to the Love Yourself: Speak Yourself tour.

You can watch the interview that BTS gave on GMA down below:

All in all, it seems like BTS had a great time on GMA and the fans definitely loved what they had to offer. BTS kicking off GMA's Summer Concert Series will definitely go down in the history books as one of the best kickoffs ever!

More like this
Olivia Rodrigo's Instagram Videos Teasing New Music Have Everyone Pumped For Another Bop
By Abby Monteil
BTS' Jimin & Jin's Videos Singing In A Car Are A Surprise A Cappella Concert
By Abby Monteil
These Tweets About Taylor Swift's "Mr. Perfectly Fine" All Ask 1 Important Question
By Sydney N. Sweeney
Stay up to date