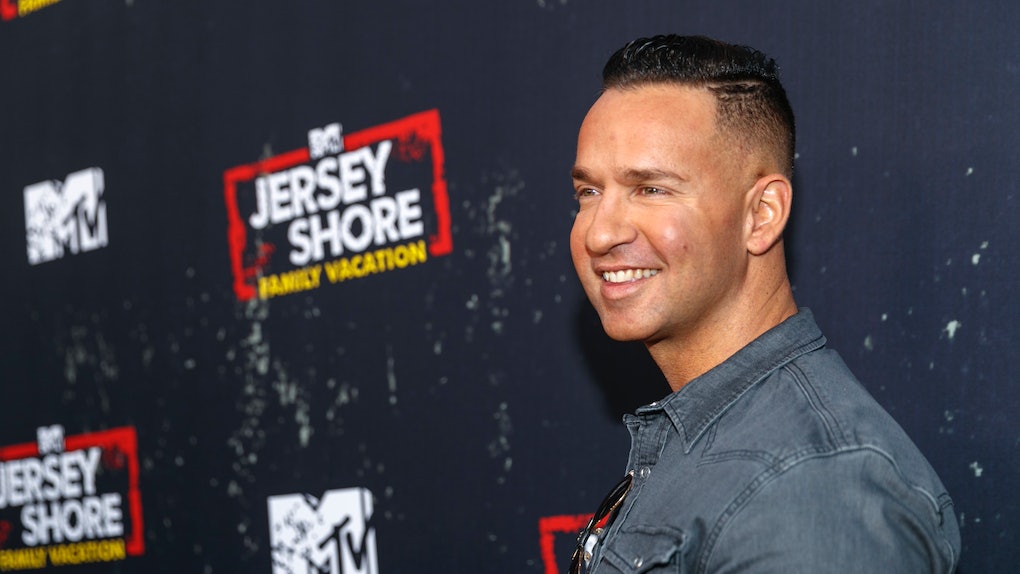 Mike "The Situation" Sorrentino, one of TV's most notable reality show stars, has been sentenced to eight months in federal prison for tax evasion. Sorrentino's team confirmed the news to Elite Daily via email. The Jersey Shore cast member appeared in a Newark, New Jersey, courtroom on Oct. 5 with his fiancée Lauren Pesce by his side to find out his fate. Mike's legal troubles were no secret to his fans, and tweets about The Situation going to jail show just how much they support him through this trying moment in his life.

UPDATE: Sorrentino's team gave a statement to Elite Daily saying, "Mike accepts the courts decision and looks forward to marrying his college sweetheart, Lauren Pesce and moving forward together after serving his sentence. He anticipates to come back stronger as an individual and couple in the same healthy mind set that he has had for the last 3 years. He and Lauren are both so thankful for everyones support and prayers!"

Now that Mike's sentencing has finally been set, Twitter is reacting to the reports. And judging from the popularity of the hashtag #FreeTheSituation, plenty of Jersey Shore viewers have his back.

“Am I scared? Of course, that’s always gonna be there,” Sorrentino told Us Weekly in April. “You know your future hangs in the balance a little bit, but like I said, I’ve made so many positive changes in my life in so many ways … I did the best I could and I’m ready for it.” Sorrentino faced up to five years.

Mike initially became a household name after Jersey Shore premiered in 2008 and quickly developed into pop culture phenomenon. He recently stepped back in the spotlight for the Jersey Shore Family Vacation revival, which is currently airing its second part on MTV. It's been a rocky road for Sorrentino, but he appeared to be turning his life around. He celebrated over two years of sobriety in May.

Sorrentino proposed to his college sweetheart Lauren Pesce in February. The emotional event was documented on the penultimate episode of Jersey Shore Family Vacation's first season. Despite everything he was grappling with at the time, Mike said that he "wasn't going to allow circumstances to define" him.

"Me and Lauren were going to wait until after the case because there's a lot of obstacles and challenges for us on a weekly or monthly basis, but we decided this is a positive thing, and we want to move forward with that," he explained to TooFab about the engagement.

If there's one thing Mike can take comfort in as he deals with this sentencing news, it's that his fans, friends, and fiancée are definitely rooting for him.