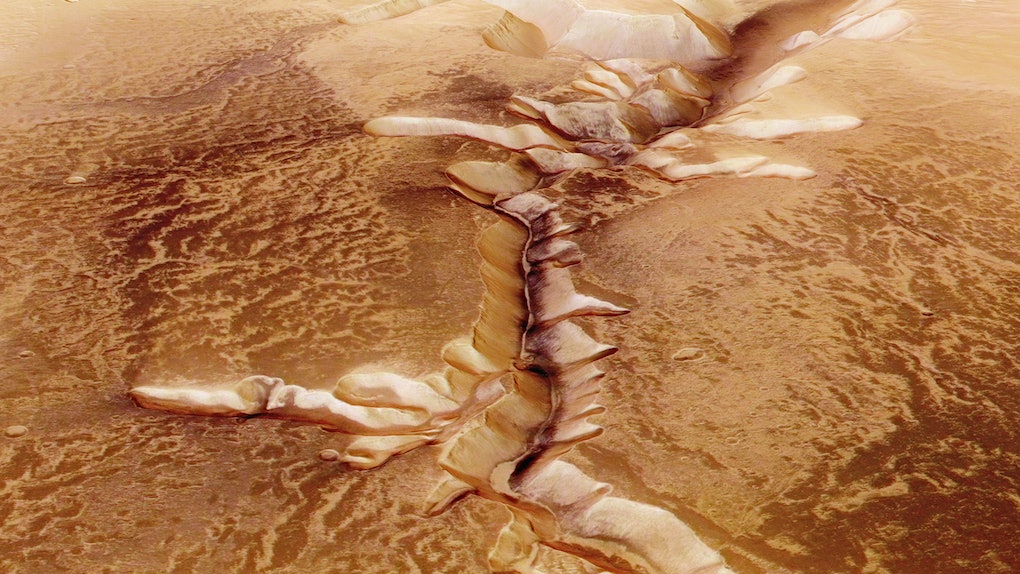 If you love the moon, stars, and space, chances are you've heard about the Mars Opportunity rover. Well, sad news here: On Wednesday, Feb. 13, the National Aeronautics and Space Administration (NASA) announced that the rover has officially died, marking an end to a groundbreaking mission that lasted more than 14 years. Naturally, people are in their feelings about this. These tweets about the Mars Opportunity rover's death are just some of many that say what the world is feeling about the loss.

It's just that people feel so connected with Opportunity, a robot that was designed to last just 90 days on Mars, but spent more than 14 years there after its Jan. 24, 2004 arrival, per The New York Times. During its life, the robot helped scientists uncover significant secrets about the red planet, including that water once flowed there billions of years ago and that the environment could have been hospitable to life. Then in June 2018, Opportunity reportedly went silent after a dust storm covered the planet and knocked out communication. According to a tweet from science reporter Jacob Margolis, Opportunity's last words were "My battery's low and it's getting dark." BRB, sobbing.

In the eight months since then, scientists apparently haven't heard anything from the rover, which started to make it increasingly clear that the mission was over. After a final call to Opportunity went unanswered on Feb. 12, NASA declared the robot dead on Wednesday. “It is therefore that I am standing here with a deep sense of appreciation and gratitude that I declare the Opportunity mission is complete,” Thomas Zurbuchen, NASA’s associate administrator for science, said, according to the Times.

And the sobs have been rolling in on social media since. (Perhaps you should grab a tissue, or three, too, because it's honestly really sad stuff.)

"Perhaps one day we shall find you again, friend, when humans finally set foot on Mars," actor George Takei tweeted.

"I can't put into words why Oppy touched me so, but that little robot has a piece of my heart somehow," another person tweeted.

Maybe the most emotional tribute came from Opportunity's sister rover, Curiosity, which was launched in 2011. The twitter account for the rover posted a tweaked version of Elton John's famous song "Candle in the Wind," with the lyrics altered to be about Opportunity, along with a photo. "#ThanksOppy. I owe you so much," the tweet said. Sobbing.

Others thanked Opportunity for its service, with one person adding, "Here’s to hoping that in our lifetimes human explorers will visit Opportunity’s resting place and pay their respects in-person."

Hey, you never know. NASA has reportedly had a continuous robotic presence on the planet for over 15 years, so maybe one day they'll be able to say whether humans are able to visit and pay their proper respects.

For now, Opportunity is survived by the "larger, more capable rover" Curiosity, which has been exploring a crater that was once filled with water, according to The New York Times. NASA also reportedly has plans to send another rover to the planet in 2020.

Regardless of the number of rovers NASA will employ to Mars, it sounds safe to say that people will never forget Oppy.