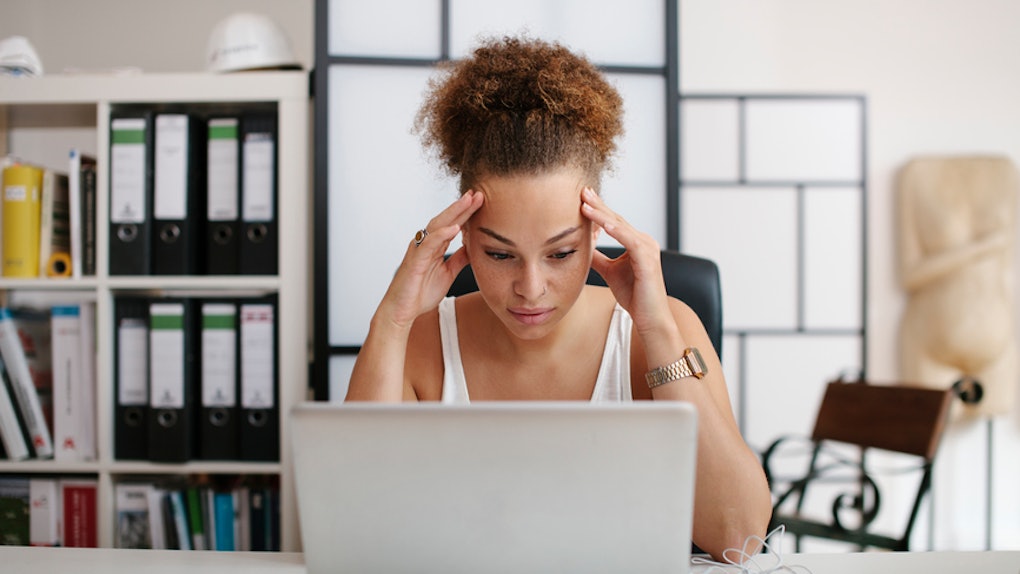 These Tweets About Slack Being Down Are So Melodramatic

If you're freaking out about Slack not working, you're not the only one. On Tuesday, Jan. 9, tweets about Slack being down started popping up all over Twitter. The messaging app said it was temporarily down due to connectivity issues for a majority of its users. As of this writing, Slack appears to be fully restored.

"If you're having issues connecting to Slack: we're working on getting things back to normal with top priority. Thanks kindly for your patience," read a tweet from the official Slack handle.

A system status update on Slack's website at 2:35 p.m. ET on Tuesday read, "A majority of customers are unable to connect to Slack. We're aware of the issue and are working to resolve it as quickly as possible." And an update as of 3:30 p.m. ET confirmed that the problem had been solved. "Slack is completely recovered and all customers should be able to connect again. We're extremely sorry for the disruption to your workday and will be conducting a thorough postmortem to understand and prevent this from happening in the future."

But while people were busy stressing about getting the platform back up and running, the responses to the app's down status on Twitter provided some needed entertainment.

Users were getting a lot done in the downtime.

Given that the messaging platform is relied on for many workplaces, the system's down status appeared to have a big impact. But some users made the best of it.

"Since Slack has been down I've learned a new language, folded 1,000 origami cranes, baked three souffles, reconciled with my ex, trimmed my split-ends, devised a personal budget, meditated, and come to peace with my own mortality," wrote New York magazine staff writer Madeleine Aggeler.

This comment speaks for basically all of us who can't function when the wi-fi connection drops. "What am I supposed to do with my hands," wrote Sally Kuchar, replying to Slack. "i'm using actual paper. help me," wrote another.

And for any of us who've been on either the giving or receiving end of forgotten messages, this one really hit home.

"Just replied to a dating app message that I keep forgetting about and got an instant reply of 'are you messaging right now because Slack is down?' and I've never been more caught," tweeted Whitney McIntosh.

The probability for puns and confusion was high.

With a name like Slack, there's endless possibilities here. Some opportunistic users didn't miss their moment to shine. "i guess another app is going to have to...pick up the slack," wrote Ariel Edwards-Levy.

"hope you're all enjoying this episode of SLACK MIRROR. i'm sorry," read another.

It's also likely that not everyone knew what Slack was, so seeing it trending on Twitter led to some confusion.

"Twitter: OMG. SLACK IS DOWN. me: Wait. Whose slacks are down?" tweeted TheBloggess.

"i hope normal people read all the media peoples' 'slack's down' tweets and just assume all our pants fell down simultaneously," wrote SB Nation's Jon Bois.

Several users simply prayed for the best as they waited out the storm.

UPROXX editor Brian Grubb wrote, "Honestly if Slack, Twitter, and Gmail ever go down at the same time I’ll probably freeze like a housecat who just stares at an open door because it has no concept of freedom."

"I’m so screwed if it’s not fixed for the 3:00 @hqtrivia game," tweeted Steve Luvender.

There were disaster gifs aplenty as people expressed their respective feelings on the situation.

Users stressed about the reality of having real conversation in the interim.

"How can you tell your coworkers that Slack is down if Slack is down? Will I have to ... talk to them? OUT LOUD??"

And the tweets from Slack dealing with the issue weren't too bad, either. (We forgive you, Slack.)

Whether you're relieved to be able to resume your work or bummed that you no longer have an excuse to duck out early, the app seems to be back to full working order.

"It's looking like everything is back to normal for all customers," tweeted the Slack handle at 3:45 pm ET. "Our sincere apologies for the disruption to your day. You were all so patient as we worked to get this fixed — thanks, everyone."