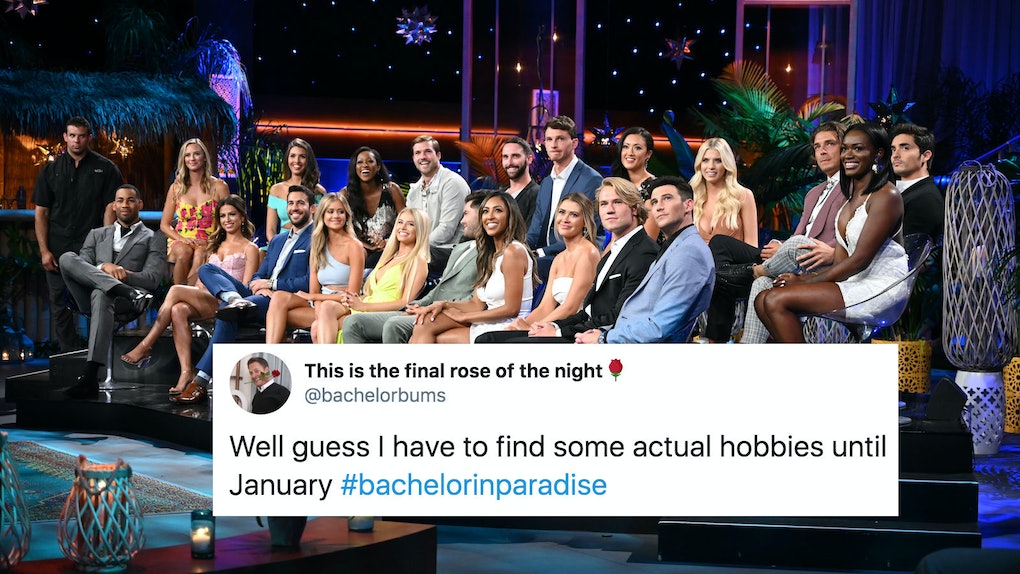 Another cycle of Bachelor Nation has come and gone, and with the Bachelor in Paradise finale comes the announcement of the newest Bachelor. Although fans campaigned heavily for Bachelorette Season 15 favorites Mike Johnson and Tyler Cameron to take over the leading role, third-place finisher Peter Weber is the franchise's new star. And these tweets about Peter being the Bachelor will take you on an emotional rollercoaster with plenty of ups and downs, so let's break down fans' thoughts.

Delta Air Lines pilot Peter began on Hannah Brown's Bachelorette season as a quiet fan-favorite, wooing audiences with his full pilot uniform and gift of a set of wings during his Night One arrival. He often stayed in the background during other men's drama, but he eventually showcased a talent for kissing and had the most wholesome hometown visit ever when his parents grew emotional discussing their love for him. Despite a teary farewell with Hannah late in the season, the pair seemed amiable during their "After the Final Rose" meeting, and Hannah even shared that their fantasy suite date resulted in sex (four times!).

Still, Peter didn't seem too popular with most of Bachelor Nation when it came to picking a Bachelor. However, given Tyler C.'s budding relationship with supermodel Gigi Hadid and reports of Mike going on a date with Demi Lovato, it wasn't that surprising when host Chris Harrison announced Peter as the new lead on Sept. 17's Bachelor in Paradise finale. On Twitter, some fans were even anticipating the news before the grand reveal.

Viewers' indifference continued upon Peter's entrance, as it was officially confirmed that both Mike and Tyler were officially out as the next Bachelor in favor of Pete instead.

But on the other hand, the decision did garner some support from the fanbase, as viewers expressed their excitement to see how Peter would fare as the new Bachelor.

It's still too early to gauge how fans' feelings about Peter will evolve, but he's already weathered a Bachelor-related storm. Earlier this summer, he emerged fairly unscathed from an ex-girlfriend's allegations that he broke up with her to pursue the show. Speaking to PEOPLE in July, he claimed, "The show had absolutely nothing to do with me ending that relationship ... It's obvious that I hurt someone that I really did care about. That was never my intention. And for that I'm sorry."

Well, as seen on this season of Bachelor in Paradise, some people take awhile to apologize if they even choose to do so, so Peter's willingness to say sorry is a good sign. Combine that with the possibilities of pilot puns and cameos from Peter's family and, to paraphrase Chris Harrison, this Bachelor season might just be one of the most memorable seasons ever.

So whether you are happy with the decision or not, superfans won't have to wait too long to see how Peter will handle being the new Bachelor. Season 24 of The Bachelor premieres on Jan. 6, 2020.