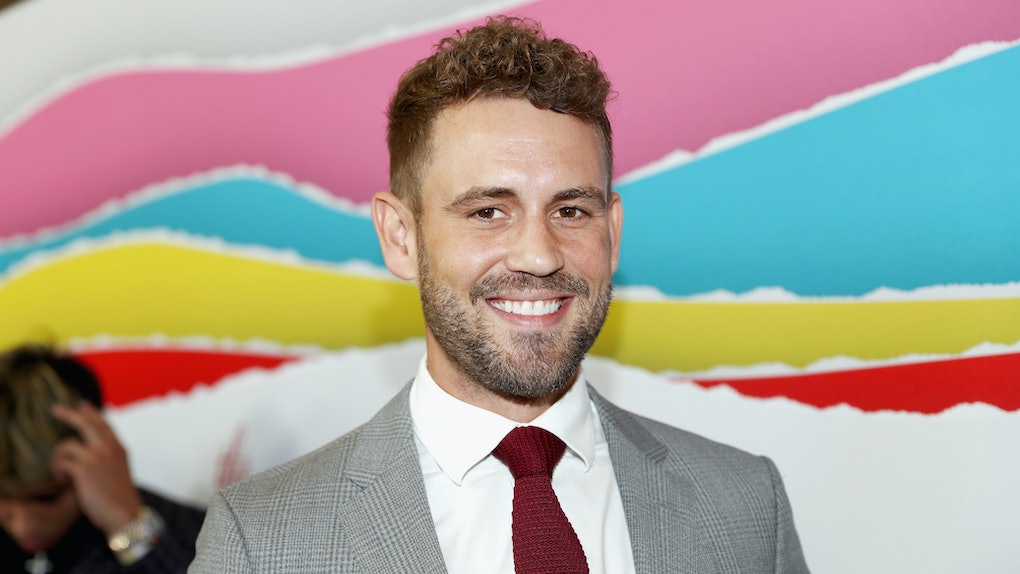 Before the Bachelorettes descended upon the mansion to chat with each other, host Chris Harrison took a group of franchise fans on a bus tour across Los Angeles. He drove past the locations of famous dates seen on the show, taking his followers up to a rooftop level of a skyscraper where Season 21 Bachelor Nick and his eventual Final Rose pick Vanessa Grimaldi had a date. Having starred on two Bachelorette seasons, a year of Bachelor in Paradise, and his own Bachelor season, Nick is a franchise mainstay no matter how you feel about him. Could it have been a proper Bachelor Nation special without him?

No surprise, but Nick relished in his on-camera time, giving fans dating advice and letting a few of them swoon over him. He even met two self-proclaimed grandmas who may have been interested in scoring a date card or even a joint invite to the Fantasy Suite. Bachelorettes Kaitlyn Bristowe and Andi Dorfman were bound to chat later on about their experiences with Nick as a contestant, but on his own, fans were eager to soak in the Bachelor vibes. Go for it, ladies!

Nick's appearance caused mixed feelings among viewers on Twitter, but if anyone in Bachelor Nation is capable of generating this much chatter, it has to be him.

In between the tweets with ambiguous reactions to Nick, there were some messages from fans who would still accept a rose from the Wisconsin native any day. Hey, he is still single.

ICYMI, Nick has stepped away from finding love on TV since breaking up with Vanessa soon after their 2017 season of The Bachelor aired. No surprise, but he participates in the big Bachelor trend of running of a podcast. His show The Viall Files adds new episodes on podcast platforms and as YouTube videos, and it includes interviews with recent Bachelor contestants like Demi Burnett and Tayshia Adams.

Nick has also experimented with acting and guest-starred on ABC's Speechless back in 2017. He still keeps in touch with some Bachelor Nation acquaintances, and he's even slated to be a groomsman in the August 2019 wedding of Paradise alums Jared Haibon and Ashley Iaconetti. Get ready for those reunion pics!

A reunion of former Bachelors hasn't happened yet, but after Nick's visit in this episode and a fleeting cameo from former lead Ben Higgins, I think we're good for now. Summer in Bachelor Nation means that it's all about the woman behind The Bachelorette. Maybe when the franchise reaches Season 30?