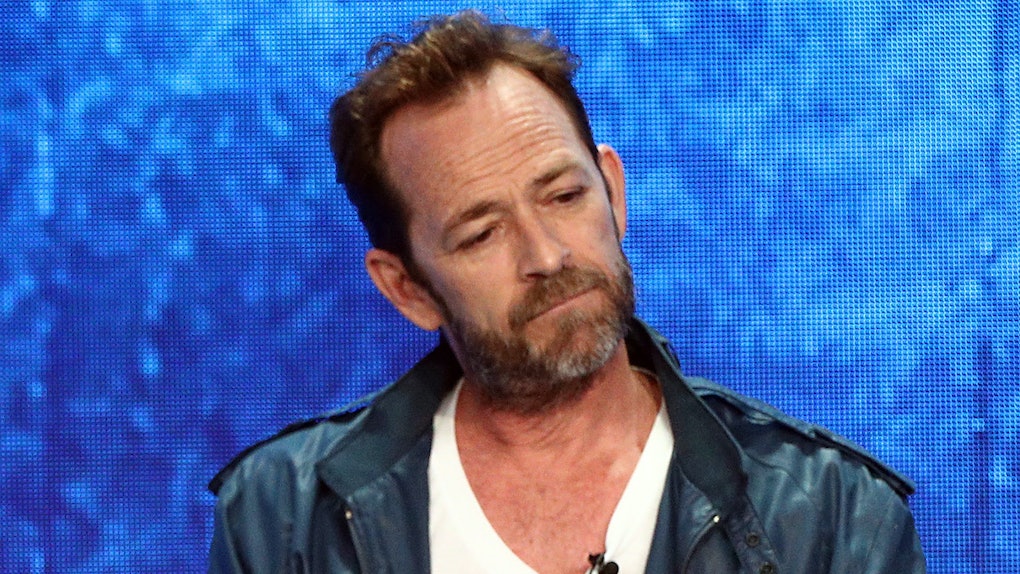 These Tweets About Luke Perry's Death Will Devastate 'Riverdale' & '90210' Fans

Luke Perry, known for his lead roles in hit shows Beverly Hills, 90210 and Riverdale, died on Monday morning after a major stroke last Wednesday, his reps have confirmed to Elite Daily. Perry was a beloved star to multiple generations thanks to his long-lasting career in teen shows. Of course, fans were quick to post their devastated reactions to the news, and these tweets about Luke Perry's death will bring a tear to every fan's eye.

Several days before his death, news broke that Luke Perry had suffered a massive stroke on Wednesday, Feb. 27 while at his home in Los Angeles. Perry was rushed to the emergency room, where he was reportedly sedated by doctors in order to give his brain a chance to recover from the trauma of his stroke, but the damage was too extensive. He was 52 years old. Perry's reps provided a statement to Elite Daily confirming that Luke Perry died surrounded by his close family and friends, including his children Jack and Sophie:

Luke Perry became one of the biggest TV stars of the 1990s by starring as the high school bad boy Dylan McKay in the decade-spanning Fox drama Beverly Hills, 90210. Since the show ended in 2000, Perry worked consistently in TV and film, finally making his major return as a lead on a hit show when Riverdale premiered in 2017. Perry played Fred Andrews on the series, the loving single father of Archie.

Fans were quick to share their favorite memories of Luke Perry after the devastating news of his death broke, along with actors and directors who worked alongside Perry sharing favorite moments and stories about him. Check out some of the best tweets below:

Luke Perry will still appear posthumously in a couple of upcoming projects. Riverdale is currently in the middle of airing its third season, so Perry's character of Fred Andrews will likely still appear in a few more episodes. The CW renewed Riverdale for a fourth season about a month ago, which will, of course, not be featuring Luke Perry now.