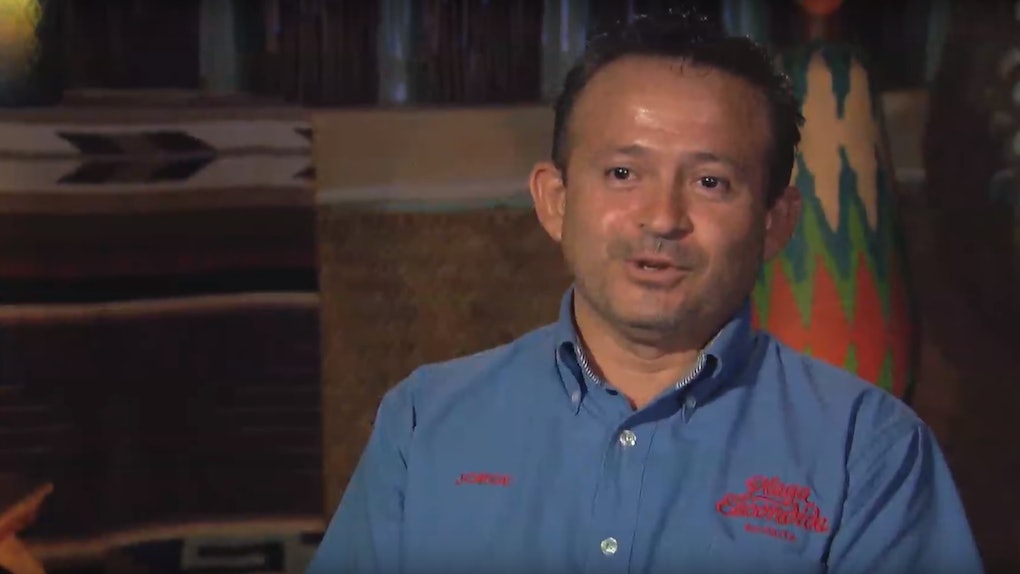 More than just a master mixologist, Jorge is also known to be a mentor and advisor to the cast while filming is underway. Although he was initially asked to never speak to the cast members, he couldn’t help but break some rules.

In a 2016 interview with Eater, Jorge explained how his role on the show has evolved over time:

Cast members are not allowed to talk to anyone. So there would be moments they would stop at the bar and start telling me things, and I would be like, "Sorry, you can’t talk to me." I wasn’t that rude, but I would listen a little bit and then I’d have to walk out and say, "I’ve got to get out of the camera." … You know, they’re people at a bar: All I did was listen. And all of a sudden, I-don’t-know-who likes it. Some of the producers? They say, "Oh no, stay! Listen!" And then everything came up naturally. I thought it was just going to be that year.

So, it goes without saying that Jorge is one of the most well-liked personalities in Bachelor in Paradise history. He lends an ear when needed and drops some wisdom when the cast wants him to. And now that he’s back, fans couldn’t be more excited about what the show has in store for the rest of the season.

So, basically, Jorge showed up to take some photos for a Bachelor in Paradise romance novel he's written. He turns up at the right time, too, because Kendall and new arrival Leo have just headed out on a date. And it's Jorge who basically leads the way for them.

He positions Leo and Kendall as the main subjects in his romance novel photo shoot. To add to the awkwardness of the situation, Arie and Lauren also show up to reenact the romance novel for the shoot. Needless to say, the date is super cringe-worthy and barely even worth the screen time.

Here’s how Twitter is reacting to Jorge's sudden return to Bachelor in Paradise:

While Jorge's appearance on Bachelor in Paradise was pretty short-lived, it was nice to see him make a return nonetheless. It remains to be seen whether he makes another surprise comeback, but with any luck, he'll be back to his place behind the bar alongside the other two bartenders this season. He's such a lovable personality that Bachelor in Paradise seems a bit empty without him!