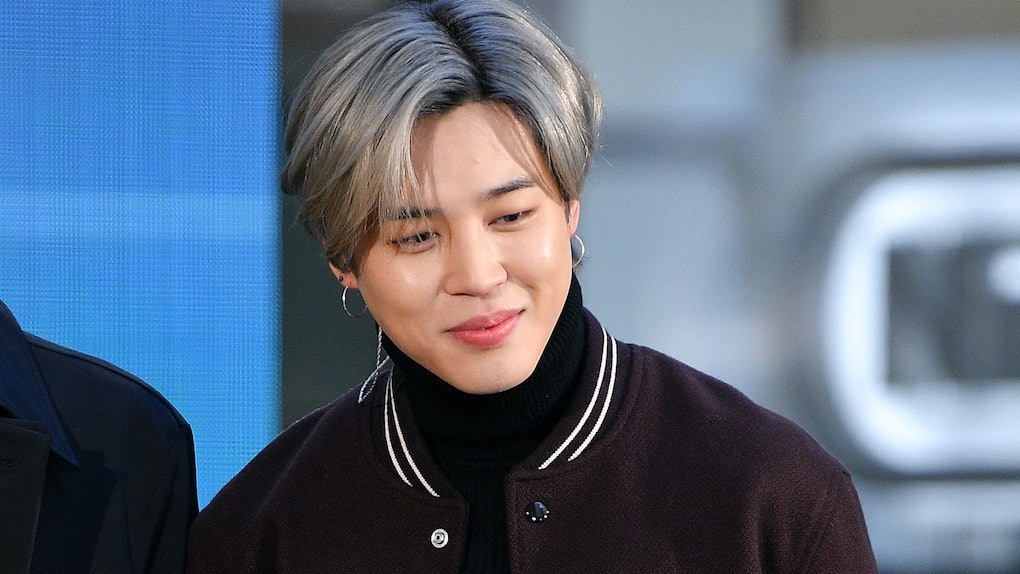 ARMYs can't handle the latest episode of Run BTS! This time, the show had BTS take their hilarious antics to a pool. No surprise, there were water fights, Titanic references, and lots of swoon-worthy shots of the members with wet hair. Fans loved seeing Jimin's look before and after he got out of the pool because he went from being cute to sexy in an instant. You need to see the tweets about Jimin's wet hair on Run BTS! because they call him the King of Duality.

The episode, which premiered on VLIVE on Tuesday, March 2, was filled with so many amazing moments. The first part involved RM, Jin, Suga, J-Hope, Jimin, V, and Jungkook competing in pairs, as they took turns standing on a floatie, trying to knock each other into the pool.

Jimin and Suga were the first duo to take on the challenge and they looked so adorable trying to balance themselves on top of the floatie (which was being held steady by their crew members). They were all smiles in their goggles as they tried pushing each other off while using no hands. Eventually, Suga lost his balance and fell on top of Jimin. He caught him, but he accidentally fell sideways, causing the two to go straight into the pool. Jin hilariously said it was good "teamwork."

Let me tell you, the captions in these Run BTS! episodes are so on point, because when Suga and Jimin came out of the pool drenched, the caption read, "Getting out beautifully." ARMYs couldn't handle the pair's looks, especially Jimin, whose entire demeanor instantly changed with his wet hair, according to fans.

Fans had a lot to say about Suga, too, because of his wet, curly hair.

The episodes involving BTS splashing around in the pool are always the best, right ARMYs?