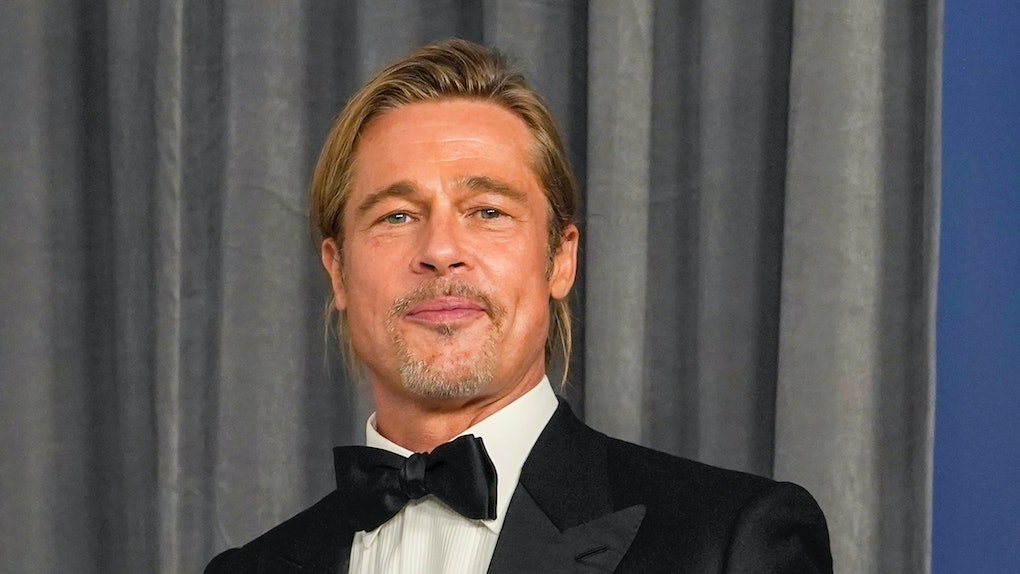 Naturally, being deprived of most normal social interactions for the past year results in one thing and one thing only: people being completely unhinged about Brad Pitt's "little bun" at the 2021 Academy Awards. The 57-year-old actor accompanied Youn Yuh-jung onto the stage, eventually presenting her the award for Best Supporting Actress in the film Minari. The moment was sweet as could be, but fans couldn't help but lose their sh*t over the teeny, tiny little folded bun sitting at the nape of Pitt's neck, wispy face-framing hairs tucked behind his ear.

Despite not walking the Oscars red carpet, Pitt, father to Maddox, Shiloh, Vivienne, Knox León, Zahara Marley, and Pax Thien, showed up to present an award for the ceremony, surprising fans in the process — almost more than when the actor briefly reunited with ex-girlfriend Jennifer Aniston at the last Oscars ceremony. Naturally, the minute footage of Pitt's little bun (not even Pitt himself) hit the internet, fans flooded Twitter with tweets about Pitt's mini bun. While some Twitter users weren't the biggest fans of Pitt's bun, some users couldn't get enough of the little ponytail. Regardless, the moment sent most people into overdrive, wondering what the hell we did to deserve Pitt wearing the low updo.