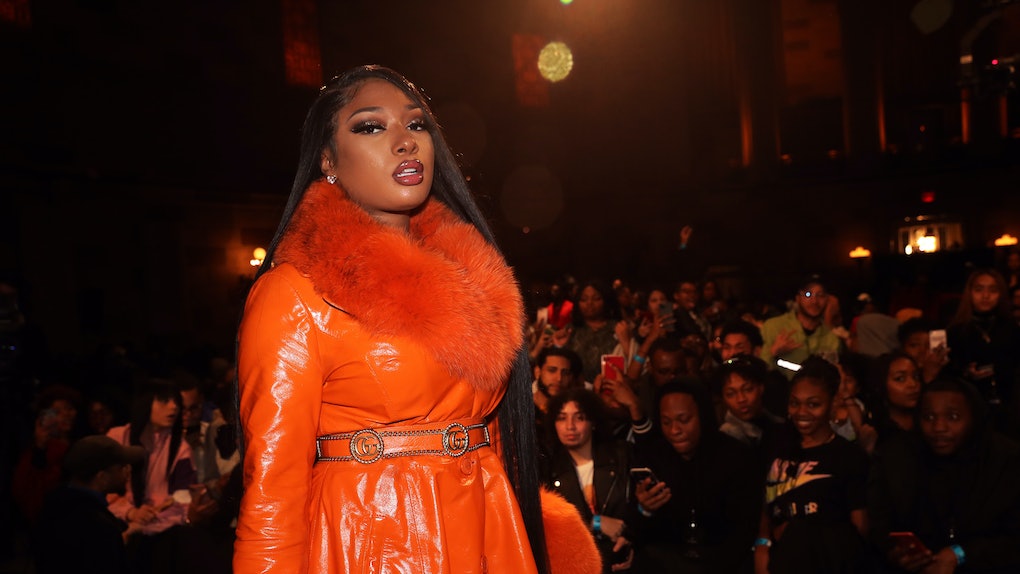 Megan Thee Stallion's "Savage" is the latest viral sensation on TikTok, but the remix the rap goddess just dropped has the internet in shambles. I repeat: shambles. Megan recruited none other than Beyoncé to help her out, and the tweets about Beyoncé and Megan Thee Stallion's "Savage" remix are a massive mood. Fans are blown away by how truly — for lack of a better word — savage the track is.

"Savage" dropped on April 6 on Meg Thee Stallion's Suga EP and swiftly became the song of choice on TikTok, racking up over 250,000 videos on the app. It's no wonder Beyoncé was down to hop on the April 29 remix. Besides it being guaranteed viral gold, Meg is from Texas, just like Beyoncé, and they agreed to donate all proceeds from the song to Bread of Life's Houston COVID-19 relief efforts.

Queen Bey could have simply breathed on the track and fans would have gone wild. But since Beyoncé doesn't do anything half way, she graced the track with a new bridge (consisting of her trademark powerhouse vocals and harmonies) and an entirely new rap verse that was so epic, it had fans calling her the "queen of rap."

Check out the remix below:

Over on Twitter, fans can't stop raving about the remix. They're cackling over the song's instant-classic lines like, "If you don't jump to put jeans on you don't feel my pain," and "Hips TikTok when I dance, On that Demon Time, she might start an OnlyFans," while other fans are just waxing poetic about the fact there's literally nothing Beyoncé can't do. Even the people who were so sick of "Savage" admit Queen Bey breathed new life into the bop.

Check out what fans are saying about the remix on Twitter: