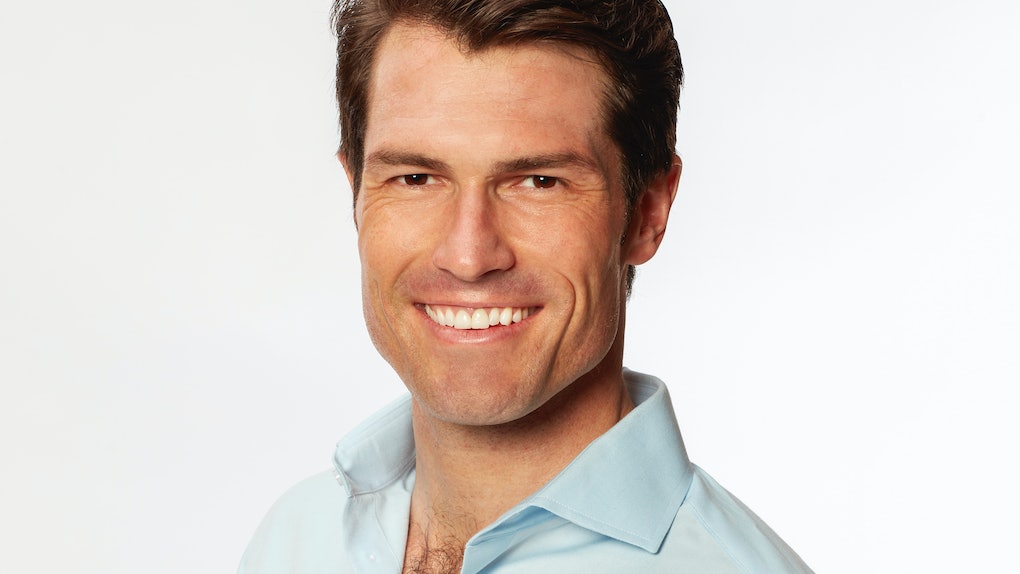 This season of The Bachelorette has already had viewers on the edge of their seats. Between Clare Crawley seemingly falling hard for Dale Moss the second she laid eyes on him, to her explosive fight with Yosef Aborady, there's no guessing what's going to happen next. For Bachelor Nation, it seems they also didn't see the fandom's infatuation with suitor Bennett Jordan coming, but it's here and it's real. These tweets about Bennett from The Bachelorette show this contestant's fan-fave status might be one of the biggest shocks of the season.

To recap, Bennett — a Harvard graduate who works as a wealth management consultant — initially popped onto the scene just as a man with expensive taste. From his massive (yet glorious) shoe collection that he brought to set with him to his Clark Kent-inspired haircut and glasses, viewers weren't totally sure what to think of him, with many quickly labeling him pretentious. But, while Bennett didn't have the best first impression, by Episode 3 on Tuesday, Oct. 27, Twitter was going wild over him.

Fans can't seem to get enough of Bennett's classy AF suits, his quick zingers, and his spot-on facial expressions that seem to say what everyone in the room is thinking. Turns out, he's more than just his fancy clothes and Harvard degree.

While Clare continues to mainly pursue Dale, here's a little more to know about Bennett, your new TV boyfriend: According to his personal bio on the ABC website, Bennett is into "taking morning yoga classes, walking the Highline in his favorite Belgian loafers, and indulging in delicious meals in the city’s best restaurants."

Bennett may look like he's got it all together right now, but the Georgia native says he has not always been "this successful and good looking." In fact, he admits in his bio that he didn't grow into himself until he attended Harvard.

The Bachelorette continues on Thursday, Nov. 5, at 8 p.m. ET on ABC.