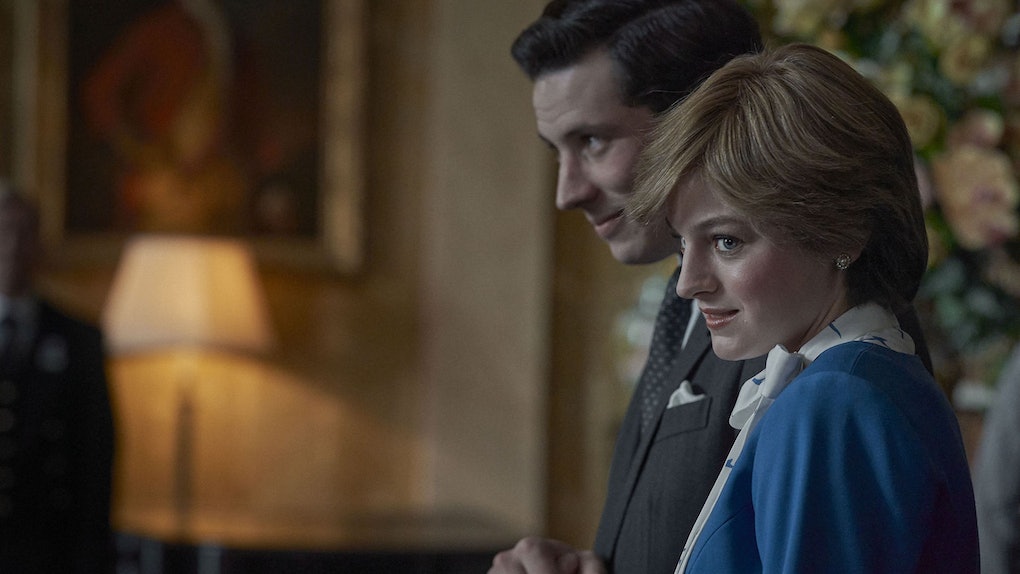 The introduction of Lady Diana Spencer to The Crown narrative was always going to be a game-changer. Even before the series debuted, fans of writer Peter Morgan already knew he was the writer behind The Queen, a film in which Queen Elizabeth II (Helen Mirren) wrestled with the reminder of Diana after her tragic death. By portraying the years before Diana died on The Crown, Morgan was intent on telling a whole new level of that story. But what fans didn't realize was how meme-able Diana she would be. These The Crown Season 4 memes featuring Emma Corrin's Diana, as well as the storylines surrouinding her character, remind fans that her celebrity transcends the era in which she lived.

It helps enormously that Corrin's turn as Diana is the stuff careers are made of. Her interpretation of Diana manages to capture both the sympathy of her situation and the naiveté of saying yes to being thrust into a world she only thought she was prepared for. The Crown portrays Diana as someone whe has better instincts for celebrity than anyone else in the royal family, but also someone who isn't aware of how these instincts might not be to her political (or romantic) benefit.

The result is a performance full of striking moments internet memes were invented to celebrate. And Twitter has naturally gone to town.

The current favorite meme from the season is Diana's first moment in the spotlight during the royal engagement announcement. In real life, this was the moment when she was dubbed "Shy Di."

For fans watching the moment recreated on The Crown, it's downright relatable.

Season 4 of The Crown focuses heavily on the Diana-Charles-Camilla love triangle, and it pretty transparently sides with Diana on the whole situation. For many fans, watching all the drama play out years after they heard about it from the news reignited the anger they felt. For others, who maybe weren't old enough (or even alive) to know or care about this stuff back then are learning a lot of brand-new information from the show. Either way, most of the fandom appears to be Team Diana, and it shows.

The Crown Seasons 1-4 are now streaming. Season 5, which will feature a whole new cast, begins filming in June of 2021 and is expected to debut in 2022.