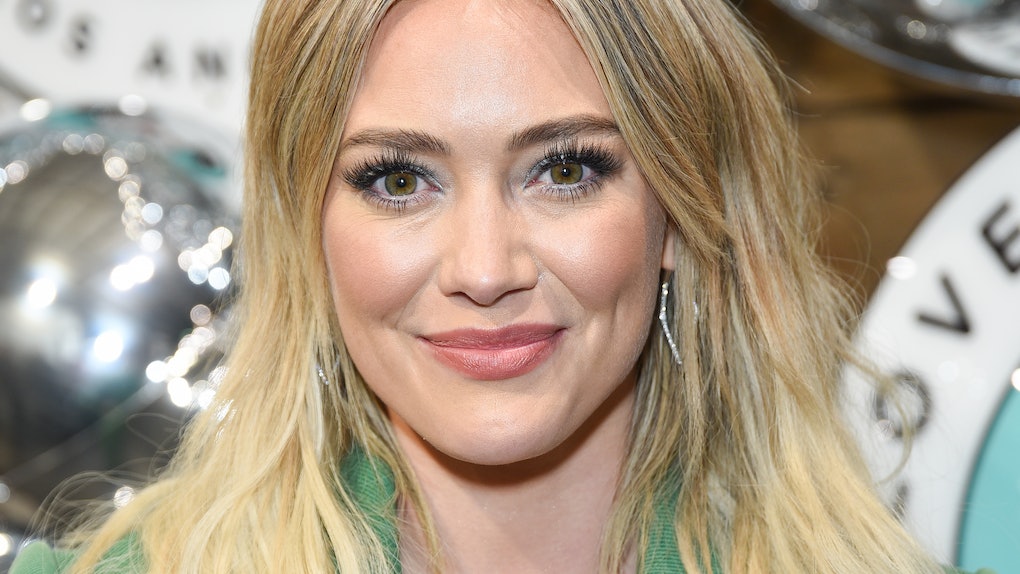 It's already pretty incredible when you see a pair of twins, and it's even more mind-blowing when a mother basically gives birth to their own mini-me — especially when they're celebrities. Take Cindy Crawford and her daughter Kaia Gerber, for example. They look exactly the same. Jordyn Woods, her mother, and her little sister have the exact same face and it's pretty trippy. It looks like Hilary Duff is another celeb to share her famous face with their tiny tot. These photos of Hilary Duff and her daughter, Banks, will make you do a double-take.

Banks is only a year old, but she already looks so much like her mom. In July 2019, Duff posted an adorable photo of Banks on Instagram in honor oh her reaching 9 months old. "Bright light number 2 has been earth side for 9 months today! She’s a wild one and we couldn’t imagine it any other way," she captioned the sweet snap.

Fans couldn't help but comment on the uncanny resemblance between Duff and Banks. "Omg she’s so friggin adorable and looks just like her mommy!!" wrote one fan.

For those who can't see Duff and Banks' likeness, take a look at the heartwarming photo of Banks below and the photo of Duff underneath it. They literally have the same eyes, nose, and dimples when they smile.

Here are Duff and Banks again, sharing a laugh on May 10. This shot provides a view of their twinning side-profiles.

Duff and Banks also share the same smize. Here's Banks on June 24 giving her best "Naomi" to the camera.

Duff threw a similar smize at the camera on June 12. According to the caption, she was all dolled-up for her appearance on The Talk. "Did anyone see me on @thetalkcbs today? Anyone watching @youngertv tonight??? Cmon tell me tell me! Thank you @allanface@jill901 + @highheelprncess for really turning this girl around from what she looked like rolling out of bed this am," she hilariously wrote under the photo.

Duff and her mini-me look even more alike when sporting similar outfits. In March 2018, Duff shared this twinning selfie of her and Banks wearing red sunnies and matching, barely-there smiles.

Only time (and puberty) will tell if baby Banks will grow up to be Duff's true twin, or start to resemble her father, Matthew Koma, more. Either way, she's definitely a cute kid and will become a beautiful adult.