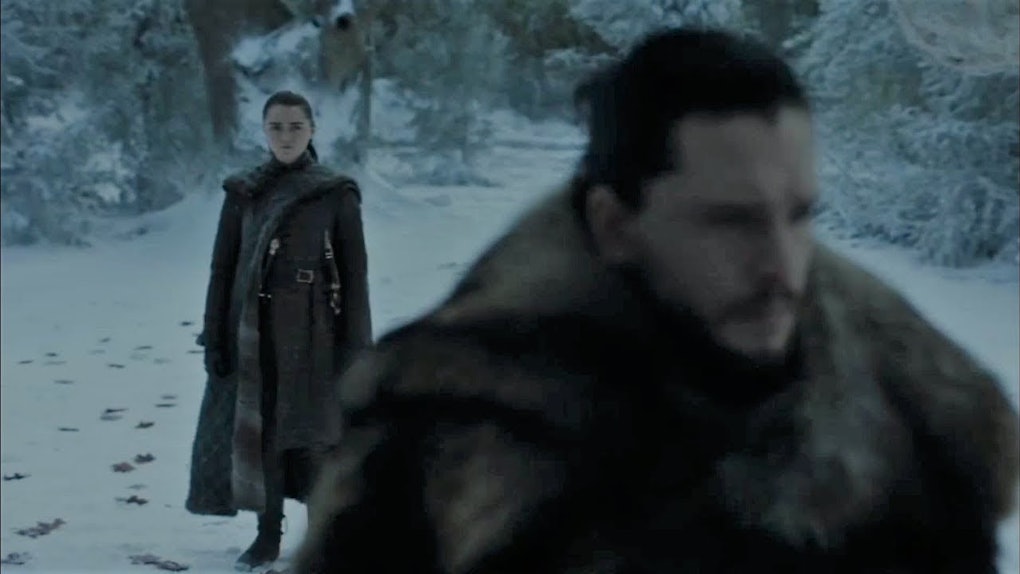 At this point, it is no longer news the Game of Thrones showrunners are doing all they can to keep Season 8 spoilers under wraps. The wait for the trailer release was far longer than usual, with rumors HBO had to put its foot down to get one at all. Therefore, it might come as a slight shock to learn the series put out not one but two new 30 second trailers last night promoting the new season ahead of HBO's premieres of VEEP and Last Week Tonight. These new Game Of Thrones Season 8 promos are chock full of new footage too.

As if a mere failure to upload has ever stopped the obsessives among the GoT faithful. Within minutes both were up on Twitter, with YouTube uploads quickly following.

The first, which we'll call "Fight Together" features Tyrion giving an impassioned speech in the Winterfell Great Hall, with Dany and Sansa sitting on either side, like the angel and devil on his shoulders.

The second trailer, which I'll call the "Where We Started" promo, begins with an image fans have been waiting for since Season 1 Episode 2. It's Jon and Arya, together again at last.

Other new footage moments in this clip include:

These were HBO's last major Sunday night premieres before Game of Thrones arrives, so it's a good bet they are the only promos fans will see between now and the premiere. Let the fan theories commence.