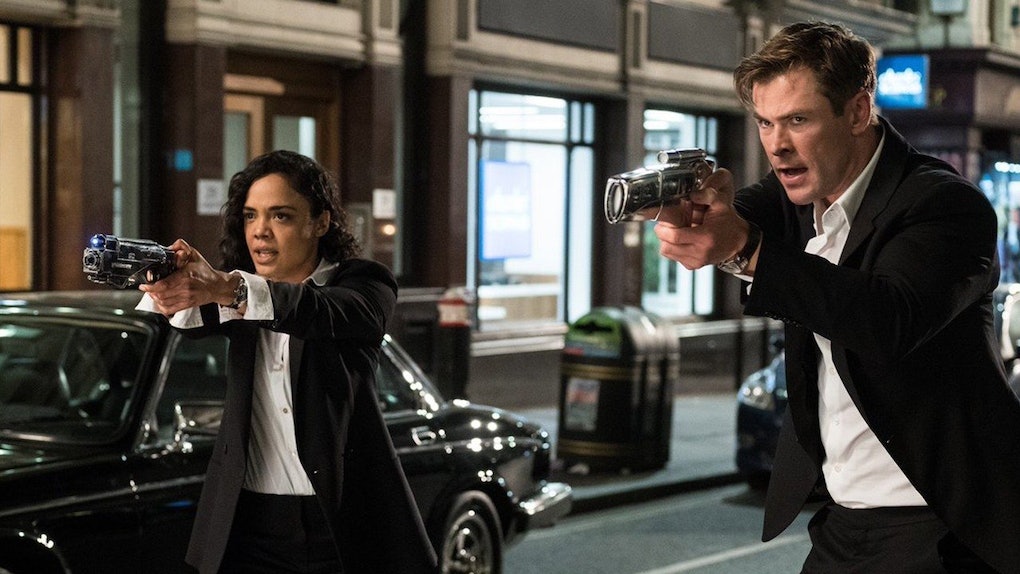 These 'Men In Black: International' Ratings Suggest Audiences Might Need a Neuralyzer

Before the mid-1990s, the Fourth of July wasn't actually that big of a weekend for tentpole films. It was viewed more as a place to stick kids films, as adults were assumed to be grilling, bbq-ing, and setting off illegal fireworks. That changed with the back-to-back releases of Independence Day and Men In Black, both starring Will Smith. The latter was huge, spawning a Marvel franchise before superheroes became big business. Unfortunately, times have changed. The Men In Black: International ratings suggest the hoped-for revival with Tessa Thompson in the Will Smith role is about to bomb at the box office.

The original 1997 Men in Black film was a box office smash, securing Smith as the summer blockbuster poster boy. The first film still stands with a 92% fresh rating. It was delightful, a CGI marvel, with aliens just hanging out on Earth just beyond the corners of viewer's vision, erased by the convenient memory-wiping neuralyzer.

But the sequels have been uneven. Men In Black II, which arrived in 2002, was a bust, with a 39% splat. However, the franchise recovered with Men In Black III a decade later in 2012, with a 86% fresh rating. Tessa Thompson and Chris Hemsworth's work together in Disney's Marvel franchise seemed like a sure bet for a revival in 2019, but the movie currently stands at a franchise low of 27% with 115 reviews in.

If one is looking for good news by sifting through the bad reviews, it's that, at least according to Consequence of Sound, it's not Hemsworth or Thompson's fault.

Chris Hemsworth and Tessa Thompson's charms can only do so much lifting in a film that falls short everywhere else, be it in story, stakes, or world-building.

The Los Angeles Times compares the movie to the experience of being hit with the movie's famous memory wipe device.

The movie itself, a weightless, unmemorable summer distraction, offers its own curious meta-variation on the joke.

But perhaps the Seattle Times offers the cruelest cut of all.

Of everyone on screen, Will Smith and Tommy Lee Jones come off best in Men in Black: International. Because they're not actually in the movie.

As for how the film is projected to do at the box office, estimates for its prospects are dimmer than Dark Phoenix's last week, which came in at a franchise low of $33 million. According to The Hollywood Reporter, Men In Black: International will be lucky if it makes that much.

Men in Black: International is tracking for a $30 million bow at the box office across 4,200 North American theaters and is expected to lead the weekend... While these numbers are all coming in behind the opening weekend hauls of the other films in the Will Smith and Tommy Lee Jones-starring Men in Black universe — 1997's Men In Black opened to $51 million, while Men in Black II and III bowed to $52.1 million and $54.6 million, respectively — International is a series spinoff.

If Men in Black: International fails to impress this weekend, that will be two weekends in a row where non-Disney produced Marvel films have cratered. Perhaps it's time for Men In Black to find its way to the Marvel Cinematic Universe as well.