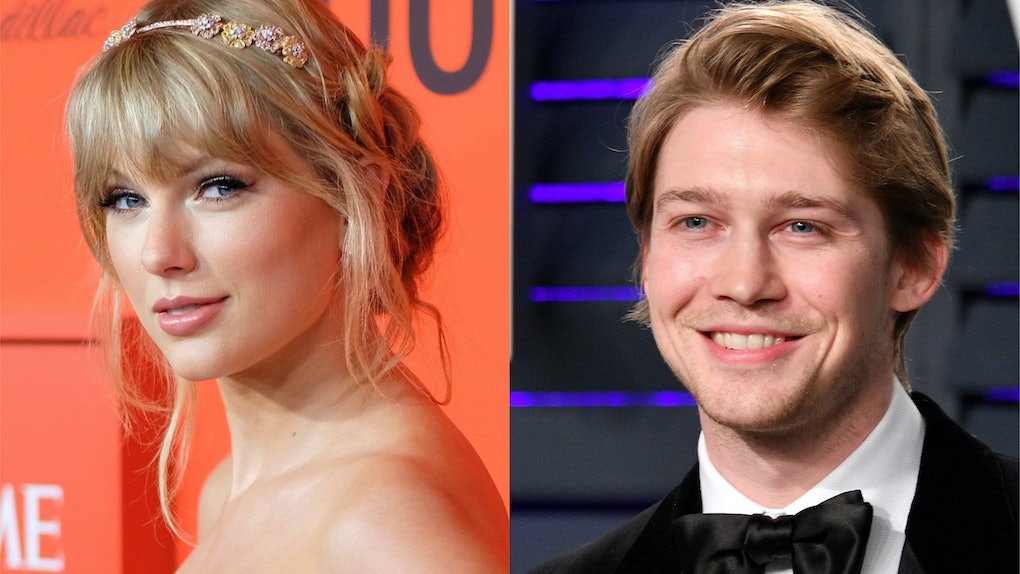 Woohoo! It's album release day! Taylor Swift dropped her new album, Lover, on Aug. 23, and that's all I'm going to be talking about all weekend. I know album release days are basically like Christmas for music fans. Swift's been teasing the album for months, so you can't blame me (and fans) for being so hyped right now. One of the best things about having a new Taylor Swift album is having new lyrics to learn and memorize. With the album's title being Lover, it comes to no one's surprise that a lot of the songs on the album are about love. Since Swift is dating Joe Alwyn right now, fans think that the songs could be about him. So, without further ado, here are some of the lyrics possibly about Joe Alwyn on Taylor Swift's Lover.

Let's first take a look at "Paper Rings," which lots of fans theorized would be about Alwyn based on the song name. And I think they were right, Swift sings in the chorus,

Considering Swift and Alwyn have been together for some time now, it's not hard to make the connection that she might be thinking of marriage.

There were also a ton of gorgeous lyrics in "False God," where Swift croons,

I know heaven’s a thing / I go there when you touch me, honey / Hell is when I fight with you / But we can patch it up good

And in a really fun, upbeat song, Swift sings in "I Think He Knows,"

He got that boyish look that I like in a man / I am an architect, I’m drawing up the plans / It’s like I’m 17, nobody understands / No one understands / He got my heartbeat skipping down 16th Avenue

And probably the song of the summer (even though summer's basically over), Swift sings in "Cruel Summer,"

Bad, bad boy, shiny toy with a price, you know that I bought it / Killing me slow, out the window / I’m always waiting for you to be waiting below / Devils roll the dice, angels roll their eyes / What doesn’t kill me makes me want you more

Swift also sings about an almost-breakup in "Cornelia Street," which could point to a possible rough time she had with Alwyn. She sings in the chorus,

And finally, the most telling song that points to being about Alwyn, "London Boy." Anyone who knows anything about their relationship knows that Alwyn is from London. She sings in the song,

Something happened, I heard him laughing / I saw the dimples first and then I heard the accent / They say home is where the heart is / But that’s not where mine lives

You know I love a London Boy / I enjoy walking Camden Market in the afternoon / He likes my American smile like a child when our eyes meet / Darling, I fancy you

These lyrics are definitely the most romantic out of Swift's new album, but there are tons more that might just be about Alwyn. I just can't get over how cute Swift and Alwyn are together. Because of the lyrics in "Paper Rings," some fans even think that the two could possibly be engaged. Oh my gosh, if that were true, that would be the best thing ever. Since Swift hasn't confirmed who or what these songs are about, I won't get my hopes up, though. For now, I'm just going to be enjoying the beauty that is Swift's new album!