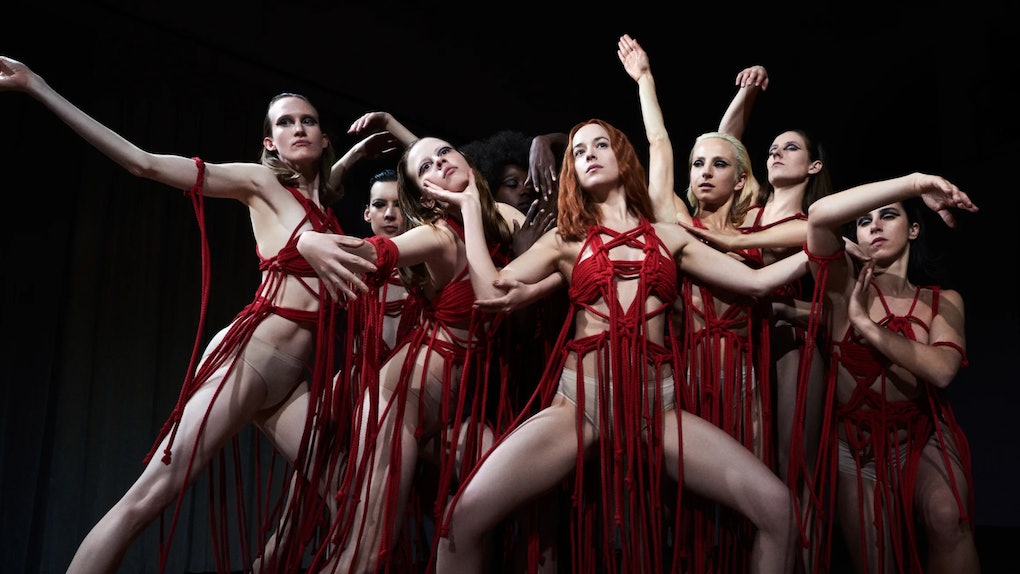 As the weather grows colder and the leaves start to drop, getting into the spooky spirit is just a way of life come mid-September. By the time October rolls around, you want to have plenty of scary movies at your your disposal for nights in full of pumpkin-flavored treats and snuggles in front of the screen. If you're looking for the best Halloween movies on Amazon Prime Video just for this purpose, there are plenty of films to keep you shaking until it's time to toss out your jack-o'-lantern.

While most streaming services have a "horror" or "thriller" section, narrowing down your choices can be tricky. Depending on your personal preferences, Halloween movies can range from slightly spooky to downright terrifying, so deciding what level of freaked out you want to be is a good start. If you're trying to fall asleep, stick with a flick like Sweeney Todd, The Addams Family, or Secret Window — otherwise there's a good chance you'll be lying in bed wide-awake with the lights on.

Still, part of the fun of the scary season is watching a new horror flick that shakes you to your core. So, grab your candy corn and someone to hug you tight, and consider watching through your fingers — because these films are sure to make even the bravest viewers jump a time or two.

If you turned Coachella into a horror movie, this beautifully creepy film by Ari Aster would be the result. Starring Florence Pugh and Jack Reynor as a struggling couple, the movie shows the pair going to Sweden for the famous festival that turns real unnerving, real fast. The final few scenes of Midsommar may make you hang up your flower crown once and for all.

Based on one of Stephen King's most acclaimed novels, Pet Sematary (2019) follows a young family as they relocate from Boston to a rural area of Maine and soon discover their new home is adjacent to an old, mysterious burial ground. If you hadn't guessed, things get horrifically twisted, thanks in large part to the old cemetery located deep in the woods nearby.

Have you ever dreamed of a horror musical starring Johnny Depp and, like, half of the cast of Harry Potter? Then search no more, fam, because Sweeney Todd is here. The film adaption of the 1979 musical tells the tale of a barber who was falsely imprisoned and seeks revenge on, well, pretty much everyone.

Whether you're looking for a super-quiet movie to watch while your SO is sleeping next to you, or you just feel like drooling over a bearded Jim from The Office, A Quiet Place has what you want. The film, directed by and starring John Krasinski opposite his wife, Emily Blunt, is all about a society in which you have to stay silent or the bad things that go bump in the night attack.

If you haven't already seen what's universally known as one of the best horror films of all time, this is officially your order to do so. The Silence of the Lambs introduced cinema fans to one of the most iconic villains ever: Hannibal Lecter, a genius psychiatrist who's serving life behind bars for murder and cannibalism. The 1991 films stars Jodie Foster and Anthony Hopkins and won the 1992 Academy Award for Best Picture, Best Actor, Best Actress, Best Writing, and Best Directing.

While the theme song alone is reason enough to watch The Addams Family, Wednesday Addams' iconic dialogue and famous outfit is the real kicker. Watch the ghoulish family's hijinks unfold in the 1991 film, the 1965 series, or the 2019 animated movie. With so many versions of the Halloween staple available on Amazon, this kooky family will keep you busy all season.

Take one peek at the comment section under Suspiria's Youtube trailer and you'll see fans unanimously agree: It's a horror film for the ages. The 2018 movie stars Dakota Johnson, Tilda Swinton, and Mia Goth in a horrifying-yet-stunning story about an American dancer who joins a Berlin company but soon discovers the studio has deep and sinister secrets.

This 2009 film made the whole "shaky cam footage" horror film genre boom, but few movies can top the perfection of this one. The Paranormal Activity series centers on a haunting in the modern age with technology. While the first film in the series can be rented on Amazon, the third is actually included in the Prime membership (and you don't really need to see the others to understand what's happening in it).

After writer Mort Rainey (Johnny Depp) relocates to a secluded cabin while dealing with his ugly divorce, things turn dangerous when a local farmer claims Rainey plagiarized his work. Just when you think you know what's happening in this movie, something will change, making Secret Window the perfect "hide under blanks while trying to guess the ending" kind of film.

If you're ready to bunker down for a horror-tragedy that will absolutely destroy you, Hereditary's twisted and terrifying story is the shock you're looking for. After a grandmother passes away, her daughter and grandchildren start unraveling her cryptic secrets about their ancestry and the sinister fate awaiting them. If you want a story that will follow you long after you pack the fall decorations up, this 2018 film is what your Halloween needs.

More like this
These Movies & TV Shows Starring 'Shadow And Bone' Actors Are Far From Ravka
By Ani Bundel
What Are The Eldritch Terrors In 'Chilling Adventures Of Sabrina'? They're No Joke
By Dylan Kickham
What’s Coming To Disney+ In May 2021? 'Cruella,' 'HSMTMTS' Season 2, & More
By Ani Bundel
Stay up to date