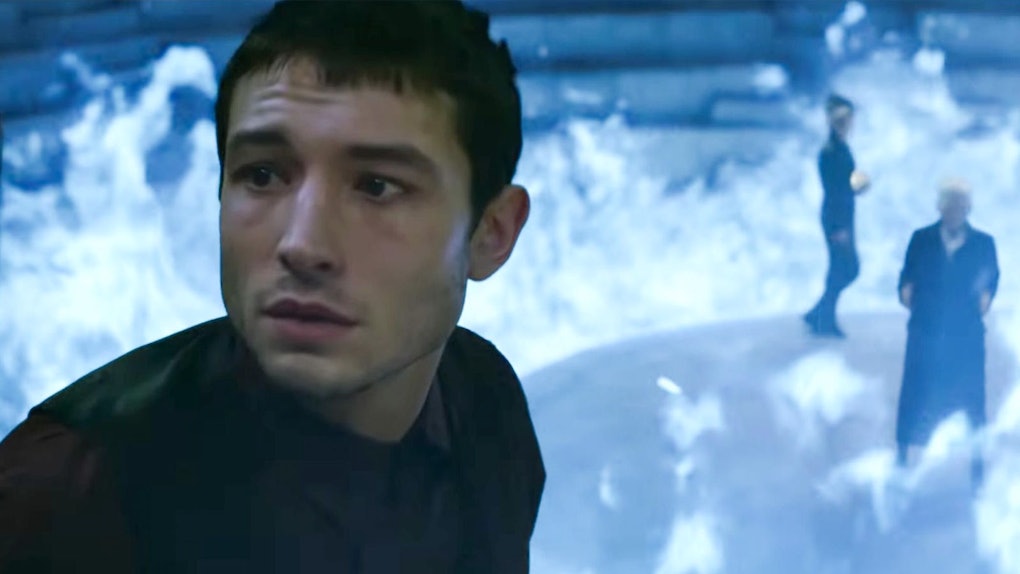 These 'Crimes Of Grindelwald' Theories May Explain That Wild Credence Twist

The latest addition to the Harry Potter movie universe is finally here, and it brought with it a completely unexpected revelation that shines a new light on the franchise's magical history. The big twist in Fantastic Beasts: The Crimes of Grindelwald comes in the very last moment of the movie, and it is sure to cause a ton of confusion for hardcore Harry Potter fans. So, what is really going on with that Credence Barebone twist? These Fantastic Beasts: The Crimes of Grindelwald theories help make some sense of that universe-altering revelation.

Spoiler alert: Of course, do not read on if you have not yet seen Fantastic Beasts: The Crimes of Grindelwald. The big mystery running through all of the new Fantastic Beasts sequel is what Credence Barebones' true identity could be. Everyone knows that the young Obscurial is someone very important, but even Credence himself does not know who his true family is. It is that uncertainty that finally drives Credence to Gellert Grindelwald's side, and the dark wizard at last reveals that Credence is actually named Aurelius Dumbledore. Grindelwald also mentions that Credence's brother is leading the charge to kill him, which seems to reveal that Credence/Aurelius is Albus Dumbledore's brother.

This is a pretty unbelievable twist for Harry Potter fans, since in all the time that we have known Albus Dumbledore, we have only ever heard mention of his two siblings: his brother Aberforth and a his younger sister Ariana. How has literally nobody brought up the fact that Albus has a younger brother until now? Plus, the timeline gets wonky since Albus' father Percival Dumbledore would have had to conceive Aurelius before his death in Azkaban, and making a baby within the walls of the wizarding world's most secure prison seems pretty unlikely. So what is really going on?

Of course, fan theories are already cropping up about Aurelius Dumbledore and what Credence's true identity will affect Harry Potter history. Some theories suggest that Aurelius may be a secret child that Aberforth or Ariana gave birth to, but that complicates the question of why Grindelwald would refer to Aurelius' brother specifically rather than his uncle.

Probably the most convincing theory right now is that Ariana Dumbledore's Obscurus is the same Obscurus that is now infecting Credence, and the magical virus has twisted his identity. Although it has not yet been officially confirmed, most Harry Potter fans are sure that Ariana Dumbledore was an Obscurial given how she was described as exploding in violent fits of magic after repressing her abilities. Ariana died during a battle between Albus and Grindelwald, and if she was an Obscurial, then her interactions with Grindelwald could very well be why the dark wizard is so interested in Obscurials. In fact, Grindelwald may have come to view the Obscurus infecting Ariana as the thing that defines her identity. Perhaps Aurelius Dumbledore is not really a Dumbledore by flesh, but Grindelwald considers him to be another incarnation of Ariana Dumbledore if he is currently the host for Ariana's Obscurus.

It is a bit of a convoluted theory, but given the rarity of Obscurials and Grindelwald's intense interest in them, it actually could make a lot of sense. Then again, maybe Fantastic Beasts 3 will just reveal that Percival Dumbledore did somehow have another son and ignore all the timeline issues, since these movies have ignored continuity errors in the past. We will just have to keep theorizing until then.