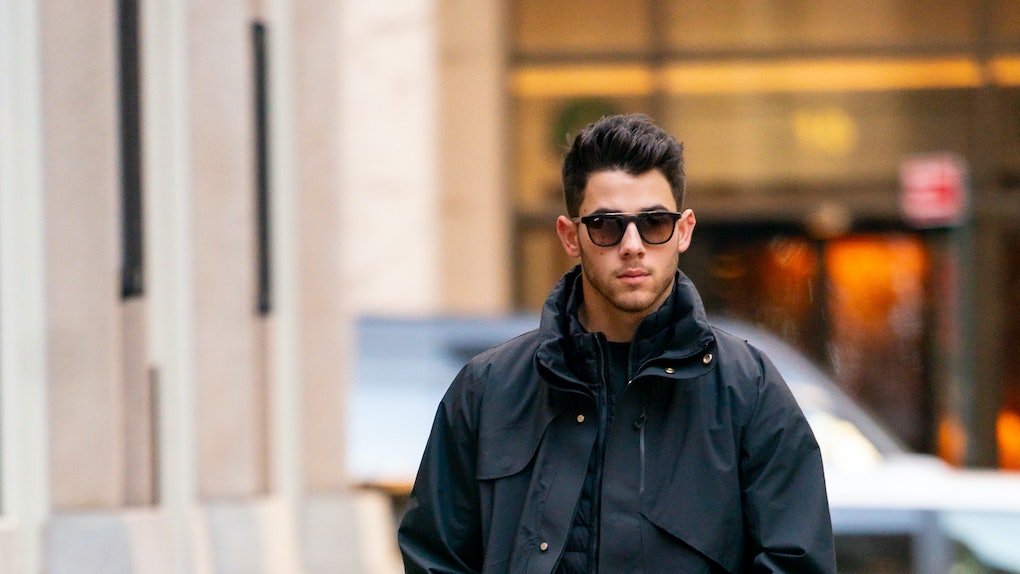 These Celebrity Pets Are Just As Beloved As Their Famous Owners

If there's one good thing that has come out of social media — that everyone can agree on — it's all the adorable photos and videos of celebrity pets that we wouldn't be able to see without Instagram or Twitter. Sure it's fun to keep up with star's personal and professional lives on the 'gram, but nothing compares to sweet puppy snuggles and adorable adoption announcements of cats, dogs, ponies, and more. If you're looking for a furry friend to follow on Instagram, these celebrity pets who are just as beloved as their famous owners will bring an instant smile to your face.

For decades, fans fell in love with photos of their favorite celebs walking down the street with a coffee in hand and the leash of their trusty sidekick in the other. Before social media, these type of paparazzi pics were the closest thing everyday folks could get to "getting to know" actors and musicians behind closed doors. Now, these famous faces love showing off their animals to the world, and there is no shortage of pet-friendly content on social media. Celebs like Nick Jonas and Priyanka Chopra, Meghan Markle and Prince Harry, and more are all about that pet life, and fans are living for it.

The couple added a tiny Golden Retriever pup to their family in November 2020, and fans instantly fell in love. "During uncertain times like this we need a reminder that sweet miracle things like puppies exist in the world too, meet the new member of the pack: Tarzan!" Cabello wrote on Instagram, introducing their dog amid the presidential election between Donald Trump and Joe Biden.

OK, so Harry and Meghan don't always show off their pups, since they technically aren't on Instagram anymore, but they are the types of owners who embrace their dog's personalities even when the four-legged friends surprise them during work.

Take, for instance, the time Meghan was chatting with feminist icon Gloria Steinem in the backyard of The Sussexes' California home in August 2020 and their dogs, Guy and Pula, decided to intervene. From that moment on, royal fans became infatuated with the mild-mannered dogs.

Long before these two were a couple, Chopra's main source of companionship was her tiny pooch, Diana. Not long after Chopra and Jonas got married, the two began to grow their family — of pets. Chopra and Jonas welcomed their German Shepard, Gino, into their lives in November 2019, and the pictures they post of him and Diana are the cutest.

Evans and Dodger are the perfect example of "man's best friend." The Avengers actor's Instagram feed is not only filled with heartwarming photos of himself with the pup, but he even dresses Dodger up for Halloween and takes "just because" pictures of the canine because he's that smitten with his sidekick.

John Legend and Chrissy Teigen have a lot of pets. They are self-proclaimed dog lovers with three canine members in their family — not to mention a bearded dragon and a hamster. Fans are constantly asking Teigen about Peanut Butter the hamster after she hilariously lost him in their house shortly after she and Luna bought the rodent home, much to the disapproval of Legend.

Darla has been a longtime sidekick of the High School Musical star. Hudgens rarely goes more than a few days without posting pictures and videos of the small pooch. During an interview with Collider in August 2018, Hudgens opened up about how having the dog has positively impacted her life. “I feel like she sees the best in me, which helps me see the best in myself, as well," the actress said.

Grande took ownership of Myron, who was originally adopted by the late Mac Miller, after the rapper died of an accidental overdose on Sept. 7, 2018. Since then, Grande's life has been full of puppy snuggles and she's not afraid to show Myron and Toulouse off to the world on Instagram.

Kardashian's pint-sized pups are as cute as can be. Sushi has been a member of the famous family for a while, but Sake and Soy joined the Kardashian-West clan in September 2019.

More like this
These Tweets About Jimmy Fallon's TikTok Dance Follow-Up Segment All Say It's Too Little, Too Late
By Brandy Robidoux
These Celebrity Lip-Syncing Scandals Had The World Shook
By Michele Mendez
Khloé Kardashian's Response To Her Unretouched Bikini Photo Leaking Gets Honest
By Brandy Robidoux
Stay up to date