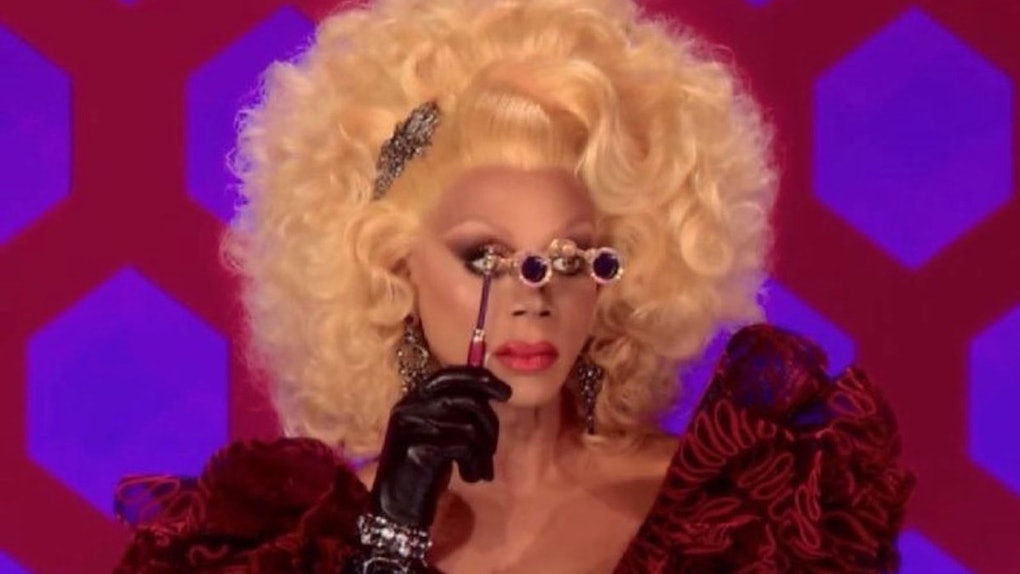 RuPaul's Drag Race has been serving up unbelievable transformations and explosive drama ever since 2009, and it's only getting more outrageous as the years go by. With 13 seasons in the main series, five All Stars seasons, and a growing number of international spinoffs, Ru's drag empire is vast. If you're a newcomer to the franchise, these one-sentence RuPaul's Drag Race season recaps will give you the lay of the land — and if you're a longtime fan, they'll serve as fun refreshers if you're ready for a rewatch.

As diehard Drag Race fans know, each season has a specific something that makes it unique from the rest. Some seasons focus heavily on fashion-forward runway looks while others are filled with hilarious personalities that provide laugh-a-minute commentary. And then of course there are the seasons that excel at delivering ice-cold shade and blazing-hot arguments episode after episode. Debating which season is the best is a never-ending go-to topic among fans, but it really just boils down to which element of the show you love the most.

As a reminder of what makes each season shine (or to give newcomers an idea about what went down in seasons past), these quick recaps highlight the most iconic moments:

A scene-stealing showgirl demands approval while a gender-bending DJ faces off against the queen of Cameroon, but it's the infamously blurry camera that really defines the debut season.

Drama reigns supreme as a Beyoncé-obsessed pageant queen makes enemies of the entire cast and a mall-ready up-and-comer butts heads with a makeup legend, making this the season in which Untucked is a must-watch.

Battle lines are drawn between the cliquey Heathers and the outcasted but tenacious Boogers, and while the race has a close finish, someone with an impeccable eye for fashion wins in the end.

Two polar opposite drag worlds collide as a seasoned showgirl and a spooky goth become immediate enemies; the drama only heats up when one queen is unexpectedly disqualified from the competition halfway through.

A teams twist ruins the fun for everyone — including viewers — but the super-short season delivers one of the most epic Untucked rants ever and crowns a deserving drag veteran.

The drama is more intense than ever as rival pageant queens square off, a past winner's boyfriend finds his own place in the Drag Race universe, and a kooky outcast proves the true power of betting on humor and personality.

Fans are taught the ABCs of drag as the top queens exemplify three distinctly important worlds of drag: the new generation of punky rule-breakers, the old guard of biting humor, and the beauty obsessives who elevate fashion and transformation.

Tighten your corsets, because this season is all about fashion, as supermodel queens prove serving sickening looks on the runway is just as important as slaying challenges.

Personality is the name of the game when multiple larger-than-life New Yorkers steal the spotlight; confident comedy wins out over flawless makeup and model-esque fashion in the end.

The perfect storm of twists, drama, and personalities and a marked improvement over the first All Stars, some of the franchise's most beloved queens return to slay another day, but you'd have to be the show's ultimate superfan to really know how to take home the crown.

A breakout queen insists on the importance of wearing face masks years before the coronavirus pandemic, and even though Lady Gaga herself walks into the Werk Room, the true gag of the season comes at the end, when a final lip sync includes the most iconic reveals in the series' history.

A shocking self-elimination and crowning twist lead to an unexpected ending, and a result that makes sense to the outside world but remains controversial within the fandom.

After 10 seasons, a trailblazing queen takes the show to task on how contestants of color are treated, and in a showdown of cutting-edge youth and established drag icons, a flair for envelop-pushing fashion wins out in the end.

An already tight race becomes even tighter when the show brings back its first three-time competitors for yet another shot; it all leads up to an unprecedented crowning scenario that will likely never happen again.

Untucked becomes more tense than ever when an opinionated oddball makes enemies with confident pageant queens who don't back down from a fight, and drama isn't the only thing heating up, as the show's first-ever romance sparks in the middle of the competition.

Cursed by a pandemic and a disqualified finalist, the little season that could still pumped out some instantly lovable characters, and a Zoom finale let the top queens show off their creativity from home.

One of the fiercest frontrunners from seasons past makes her claim on the All Stars crown clear from the jump, but not without some Las Vegas drama and a new voting twist threatening to throw a wrench in everything.