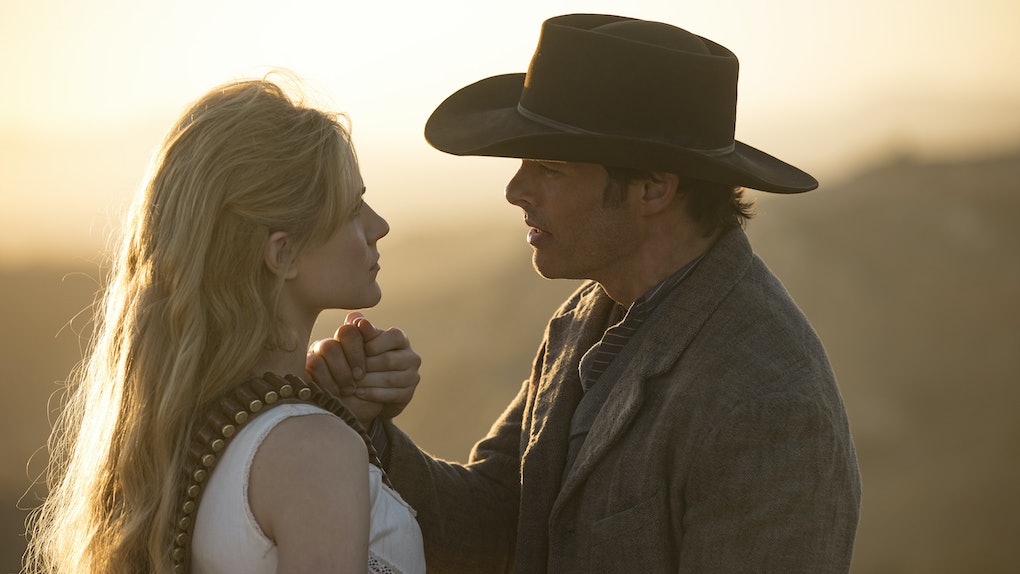 When the Westworld trailer dropped this week, it immediately shot to Number 1 in YouTube's trending videos, as fans studied and dissected every frame for whatever it could tell us. But for all that fans were frame-by-framing the trailer like it was the 2018 version of the Zapruder film, what most didn't know was there is an easter egg hidden inside the Westworld trailer staring them right in the face that led to... an entire second trailer. Yes, this Westworld Season 2 trailer easter egg is out there, right now, complete with even a few shots of new footage for you to watch. Here's how to find it.

All credit goes to the obsessives on Reddit, who were the ones to uncover the link. As one fan was frame by framing their way through the trailer, they noticed an image about 20 seconds in, just after Bernard admits that he was not with the rest of his Android brethren in the dreams he was having, but was on the far side of the distant shore.

There's a shot of the Westworld building team standing on the beach, with four boxes and a green lined image rendering of Westworld hovering above them.

Check it out in the video below:

Note that the box at the bottom right-hand side of the screen is turned towards us and on it, there's a code.

That's a binary code. If you have a binary calculator handy (if not Calculator.net has one right here), and you enter said code in, it brings up a website address for the Delos Incorporated website. Delos, as fans know, is the company behind both Westworld and the Androids.

Click through and there's a completely new trailer, right there, on the site to watch. it's in the form of an advertisement for Delos' products, and trumpeting that their scientific breakthroughs all began with Westworld. Clever, Westworld producers!

Feel free to play the game yourself and get to the website. But if you're lazy like I am you can just watch the YouTube version someone helpfully uploaded.

Note the Samurai line of Androids hanging out in the lab at the 39-second mark. Proof, in case we needed it, that Shogun World was coming. Also, the shot of the Android cracked his neck is totally creepy. Meanwhile, behind the scenes, the trailer is stuttering and shots of the rebellion are starting to leak through around the edges of the cheery commercial.

But that's not all. Back a step out of the website to the main site, DelosIncorporated.com, and there's a welcome message from mysterious founder James Delos, who we have not met yet in the series.

Recognize him? He's in one of the quick cuts in the video, looking very bloody indeed.

The message on the site is mostly cheery corporate marketing speak, there's nothing particularly interesting that they give away. But up in the top right-hand corner, there's a "Log In" spot.

Now note that at the very end of the video there's a quick message:

Logged:XOMEGACH STAND BY FOR DIRECTIVES

Inside there's nothing to see yet, just an operating theater that is used to create the Android hosts for the park. But fans are betting in the coming days leading up to the series premiere, those little blue dots will slowly reveal themselves to be something more.