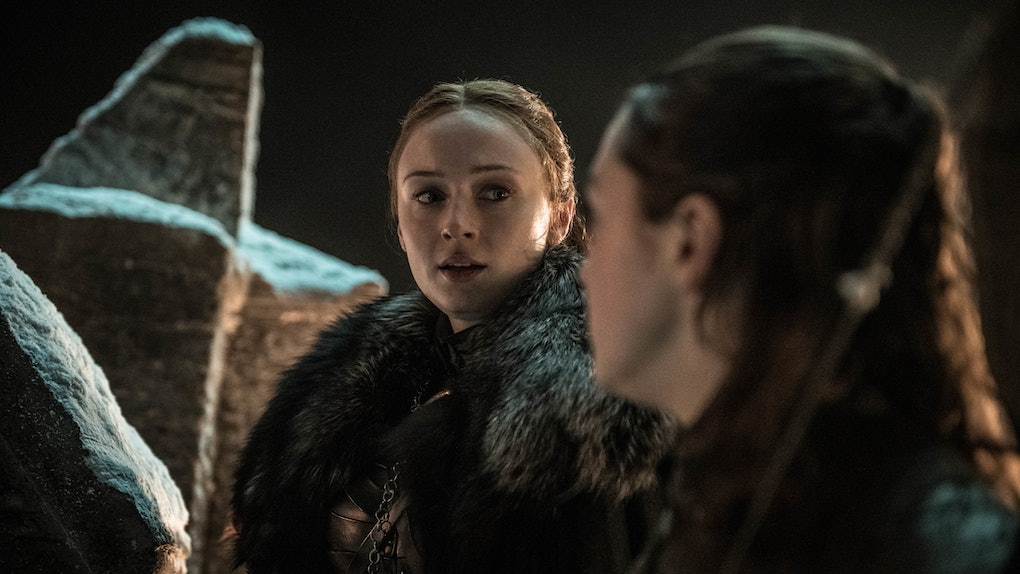 There Are Ice Spiders In 'Game Of Thrones,' So Yeah, We Need To Talk About That

The Battle of Winterfell may prove the most divisive incident of Game of Thrones' final season. While some fans absolutely loved the way it ended, others felt the result, with Arya killing the Night King, was unsatisfying. Other complained there wasn't enough death to go around. Meanwhile, book readers demanded to know where their Ice Spiders were, not unlike Cersei complaining about her elephants in the season premiere. Wait, Ice Spiders? Yes, there are Ice Spiders in Game Of Thrones and fans are mad they didn't show up.

Unlike Cersei's elephants, the Ice Spiders weren't a promised item that didn't arrive because a couple of useless louts didn't want to be bothered with the literal cost of shipping across the Narrow Sea. In fact, for those who have never read the books, and only casually watch the show, the lack of Ice Spiders probably never registered as an issue, as most viewers probably didn't know they existed at all.

But for book readers, this was the last opportunity for the show to bring along one of the more terrifying creatures that live beyond the Wall. The show has acknowledged they exist on their small screen adaptation, as Old Nan mentioned them in her stories from the Tales To Scare Brandon Stark collection.

I mean, I don't know about anyone else, but I'm pretty sure at least some of those guarding Winterfell would have fainted dead away at the sight of a giant white spiders "big as hounds" as part of the Night King's army. But even though such a thing sounds impressive in the imagination, the showrunners disagreed with the idea of putting them on screen.

Speaking to Entertainment Weekly, Dan Weiss sighed at the thought of trying to CGI up something that big and make it both believable and scary.

"Big as hounds. Didn’t we talk about that for 30 seconds? ‘Ice spiders’ sounds good. It would look good on a metal album cover. But once they start moving, what does an ice spider look like? Probably doesn’t look great."

This is the same excuse the show uses for cutting the direwolves out of the show at every conceivable point, by the way. Unlike dragons, which viewers have no frame of reference for, both spiders and wolves are familiar creatures and trying to remake them at a much larger scale, and making them work visually, is really difficult. It's one thing to draw one in a still for a calendar, like the one above. It's quite another to render in three dimensions and have it move among the cast of thousands.

And, it should be noted, it's not like the Ice Spiders have turned up in the books either. While Old Nan is the primary source of stories, Sam also brings them up, both as a memory of hearing about them as a boy in bedtime stories, and then again in his readings. But no one has seen them.

But then again, no one has seen the Army of the Dead in the books yet either, at least, not in its full form. So perhaps Ice Spiders will arrive in Westeros one day, at least on the page if not on screen.