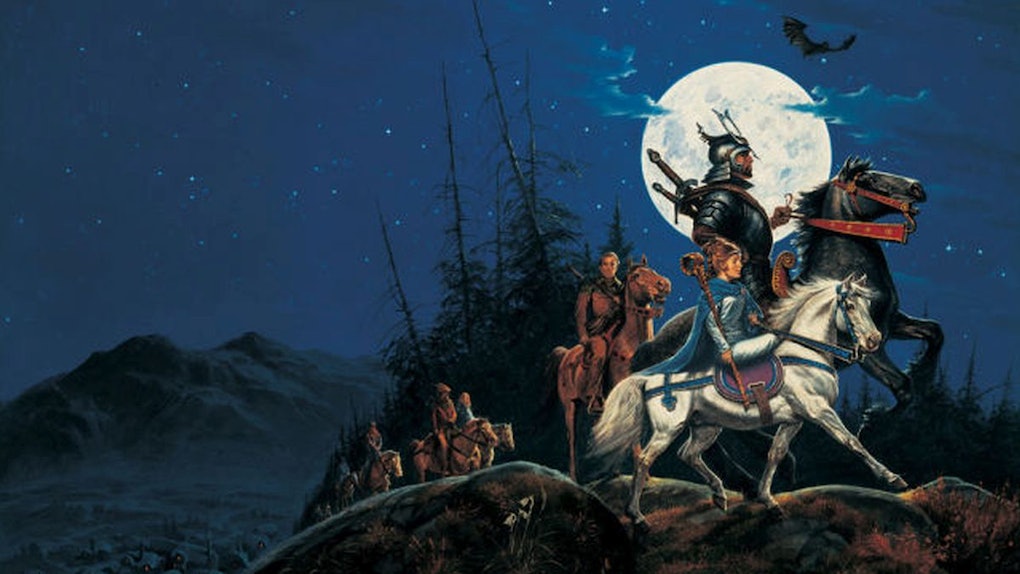 The Game of Thrones series of novels A Song of Ice & Fire may be the best-selling fantasy series to date. But it wasn't the first "modern fantasy." Author George R.R. Martin took his cues from Robert Jordan. Jordan's series, The Wheel of Time, which predates Martin's books by almost a decade. It has all the hallmarks fans will recognize, from the strong female characters to the round-robin POV chapter structure. Now the series is coming to Amazon, and The Wheel Of Time cast announced today will get fans excited.

The Wheel of Time needed a strong cast. Time has not been kind to some of the more gendered aspects of the series, and the synopsis Amazon released was a little odd.

Set in a sprawling, epic world where magic exists and only certain women are allowed to access it, the story follows Moiraine, a member of the incredibly powerful all-female organization called the Aes Sedai, as she arrives in the small town of Two Rivers. There, she embarks on a dangerous, world-spanning journey with five young men and women, one of whom is prophesied to be the Dragon Reborn, who will either save or destroy humanity.

To put this in terms GoT fans will understand, this is as if HBO came out in 2009 and said: "Game of Thrones: It's the story of Catelyn Stark, who loses her family because she could not love a motherless boy."

The announcement earlier the show was casting Rosamund Pike as Moiraine was a good sign. But was the show willing to tell the story the way it was meant to be, with all the main characters front and center in an ensemble piece?

According to the show's Twitter feed, that's just what they are doing.

Ladies and gentlemen, the wonderfully diverse cast of Wheel of Time:

The story's real lead is Rand al'Thor, the Dragon Reborn. He has the most POV chapters, and this is his story. The Dutch-born Josha Stradowski is best known for his turn in the teen soap Spangas.

Rand is the central figure, but he's flanked by his two male best friends, who Moiraine realizes have roles to play.

Perrin Aybara can warg into wolves. He's also a blacksmith, so expect him to get pretty swole for the role. The British-born Marcus Rutherford is best known in the states for the PBS series Shakespeare & Hathaway: Private Investigators.

Mat Cauthon is the series bad boy, a gambler with a lucky streak a mile wide. British-Born Barney Harris is best known for his role in the BBC's The Hollow Crown.

Egwene Al'Vere wasn't part of Moiraine's plans. But when the woman senses the Aes Sedai ability inside her, she invites Egwene along, in hopes of training her. Australian Madeleine Madden was just seen in Dora & The Lost City Of Gold. She also starred beside Maisie Williams in Picnic at Hanging Rock.

And finally Nynaeve, the other woman with Aes Sedai abilities. Her abilities are repressed as she was taught to despise these "witches." She crashes Moiraine's traveling party after they leave the Two Rivers with plans to stop her. Famous for tugging on her braids, like Hermione, she is never actually said to be white, making this an ingenious casting choice. The New Zealand-born Zoë Robins is best known for MTV's short-lived The Shannara Chronicles.

The Wheel of Time does not yet have a release date, but fans expect it to arrive in 2020 on Amazon.