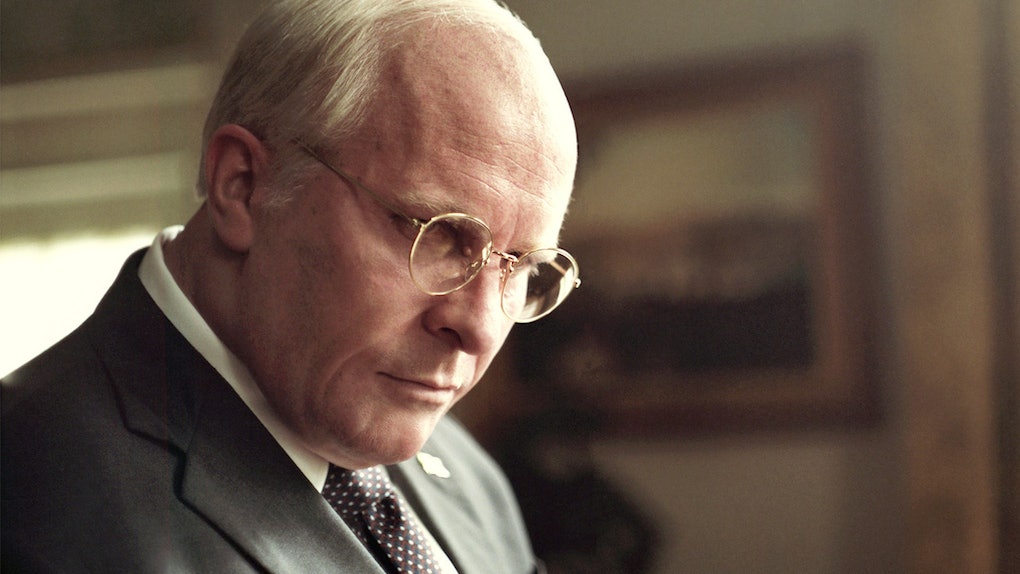 It is perhaps fitting the incredibly weird and long year that was 2018 closes out in the movies with a film based on another time when the government was run by men with questionable morals. The film is VICE, which at first glance sounds like a sex tape, or perhaps related to the show over on HBO. But in fact, it's a reference to the vice presidency, and the 26th man to hold the office, Richard B. Cheney. Like the title, the VICE ratings suggest this is a movie that isn't quite getting the message across.

Dick Cheney, as he is commonly called, was the Vice President of the United States from 2001 to 2008. During this period, he was seen as a Machiavellian figure, a puppet master behind the president (George W. Bush) and the architect of some of the administration's biggest mistakes, including the Iraq War. VICE is a film aiming to look at the man behind the rumors and trace Cheney's rise to the spot just below the top.

But critics are torn on how this movie comes across. Though the film is on the Fresh side of the Tomatometer, it only squeaks in, with a favorable rating of only 67 percent as of this writing.

CNN suggests the film fails because it tries to hit too many targets at once.

It's a character study of a man imbued with a guiding vision of his own greatness that, finally, yields a somewhat scattered, just-OK movie.

The AV Club isn't impressed by the surface level plot the film brings to the table.

The material is mostly glib and second-rate and, when it comes down to it, about as dry, oversimplified, and under-dramatized as a class presentation.

But critics of all stripes seem to agree on one thing: Christian Bale as Cheney is unnervingly on point, and the best thing about the film by miles.

[Bale] indeed looks like Cheney in his later years, yet he's happy to be surreally goofy in the part. Bale's such a good chameleon, he can throw performances like this over his shoulder as if it was nothing.

VICE opens on Christmas Day, but it's already garnered six Golden Globe nominations. Perhaps in keeping with the theme here, it seems rather odd to think people would want to go see Cheney's rise to the Bush administration as Christmas entertainment. But the early nominations and the critical divide have given the film quite a bit of buzz, and audiences may turn out to see what the fuss is about.

That being said, most box office prognosticators feel like this is not a film where the opening weekend range can be pinpointed. As BoxOfficePro writes:

[T]he film and its first trailer have already sparked Oscar buzz thanks to an all-star ensemble led by Christian Bale, Amy Adams, Steve Carell, and Sam Rockwell. As director Adam McKay’s follow-up to The Big Short, there’s reason to believe this could attract a similar audience as that 2015 award contender — although the more direct political aspects here might limit the interest of casual moviegoers compared to Short. Reviews and word of mouth will be key factors...

More like this
The First 'West Side Story' Remake Teaser Is Here & BRB, I'm Crying
By Abby Monteil
Who Will Play The Fantastic Four For Marvel? Twitter Has So Many Ideas
By Dylan Kickham
'Guardians Of The Galaxy 3': Release Date, Cast, Trailer, & More Details
By Ani Bundel
Stay up to date