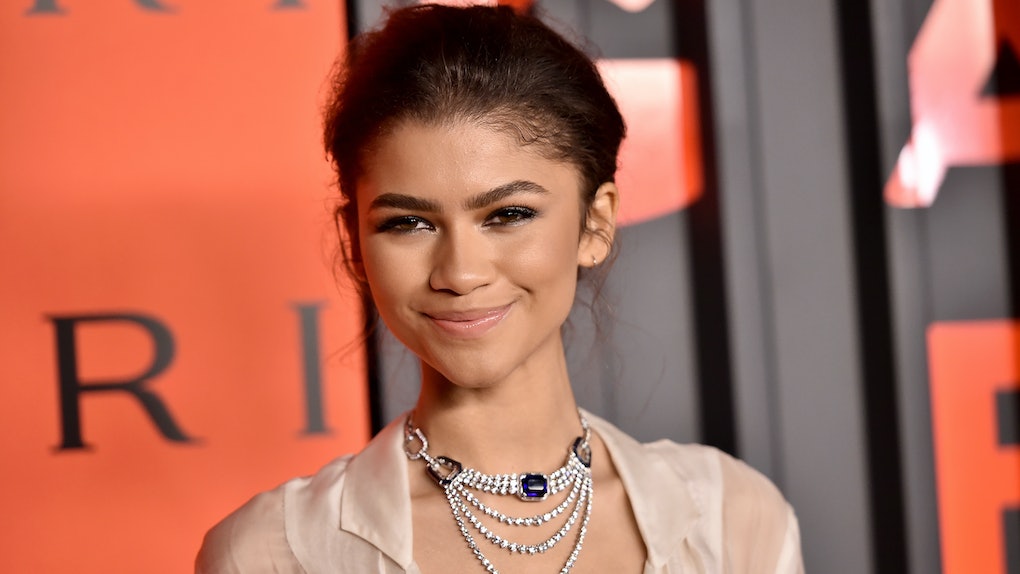 The Tweets About Zendaya's 2020 Emmys Win Are Freaking Euphoric

When Zendaya Coleman first came to prominence, it was as a Disney Channel star in Shake It Up! in which she starred as Rocky Blue. She then moved to K.C. Undercover, another Disney series that she starred in until 2018. So it had been less than a year from the time she finally stopped doing family-friendly kids series to her debut in Euphoria. The whiplash from one project to the other was shocking to fans, but critics loved it. Coleman's performance as Rue Bennett was universally praised, and her Emmy nomination was the capper. But the tweets about Zendaya's 2020 Emmys win show fans love that Emmy voters had at least one surprise up their sleeve this year.

Euphoria is HBO's first attempt at a show aimed at teen viewers. The network, which is known for its prestige fare (plus the sex and drugs, natch), brought this sensibility to turn the typical CW-type, high school genre on its head.

To that end, Zendaya's Rue is a teenager in recovery from drug use disorder. Her nuanced and gritty portrayal was an internet sensation. But still, her nomination for Best Actress was a bit of a shock, though a pleasant one. Considering the controversies surrounding Euphoria (The sex! The drugs! The shocking portrayal of high school life!), the show was not expected to land many nominations, if any.

Zendaya was up against some stiff competition. The others in the 2020 Emmys Lead Actress category included Jennifer Aniston for The Morning Show, Olivia Colman for The Crown, both Jodie Comer and Sandra Oh for Killing Eve, and Laura Linney for Ozark. So her win was not only a surprise; it was a downright shock.

Even celebrities were excited.

It was also historic, as she is now the youngest woman to win in the Outstanding Lead Actress category.

She, too, seemed super surprised, despite having changed her dress for the big moment.

Fans were over the moon at Zendaya's win, and cannot wait for Euphoria Season 2.