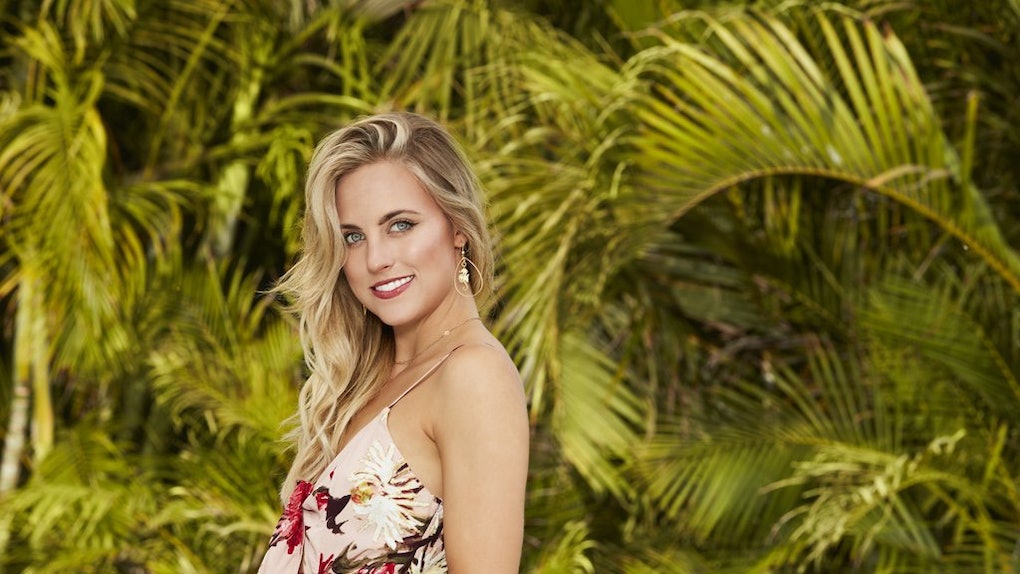 Basically, Joe and Kendall had a little sit-down chat during which Kendall revealed that, in her opinion, the best place to have a picnic is a cemetery. Joe chimed in and said he'd never been on a picnic (what?!) and Kendall was surprised like anyone would be.

But then she made things even more awkward by asking him if he'd ever seen a dead body. And that was a definite 'no' from Joe. Awkward!

Strange conversation choices, for sure, but who am I to judge?

People on Twitter are a little more judgmental than I am and they definitely had something to say. Some folks are not feeling the dead body talk. Other folks are just kind of rolling with it. I guess I'm part of that second group. I'm just going to roll with it.

Anyway, here's what's going down on the timeline right now:

But even though their introductory conversation was super awkward, that doesn't mean the tide can't turn. This show is so unpredictable that almost anything can happen. And Bachelor Nation is waiting with bated breath to see how their fave Joe the Grocer will fare this episode.

A lot of fans are actually hoping Joe and Kendall make this possible relationship happen. All their Bachelor hopes and dreams are literally hinged on the possibilities:

The fans definitely are on to something, though, because Joe and Kendall spent some alone time together later on in the episode. Unfortunately, Krystal was super jealous because she really wanted to get Joe's attention. But Joe was all about Kendall. Basically, they have a strange awkwardness in common and they seem like they click.

"What's your favorite thing about being here?" Kendall asked him at one point.

"Probably you," he responded.

And then ...they kissed! Joe and Kendall kissed and they were super into it as well. Fans were all about it, too:

Of course, there may be a love triangle on the horizon. Krystal was absolutely not shy about expressing her disappointment over potentially losing Joe to Kendall. Yikes!

Bachelor Nation went in on Krystal for her bitterness, too.

Wow, the drama! Something tells me that this is really going to get ugly in the coming weeks. With any luck, Joe and Kendall will have the opportunity to explore whatever's going on between them to the fullest. And maybe Krystal will just move on from the whole thing. Based on her steamy kiss with Kevin, it looks like she may be well on her way to doing just that.

I guess everyone will just have to wait and see what happens!

More like this
These Tweets About Beyoncé On Netflix's 'Selena: The Series' Are Too Much
By Dylan Kickham
Matt James' Quote About His 'Bachelor' Fantasy Suite Dates Is Revealing
By Corinne Sullivan
Kendall Jenner's Response To Being Called A "Bad Example" Didn't Hold Back
By Cianna Garrison
Stay up to date