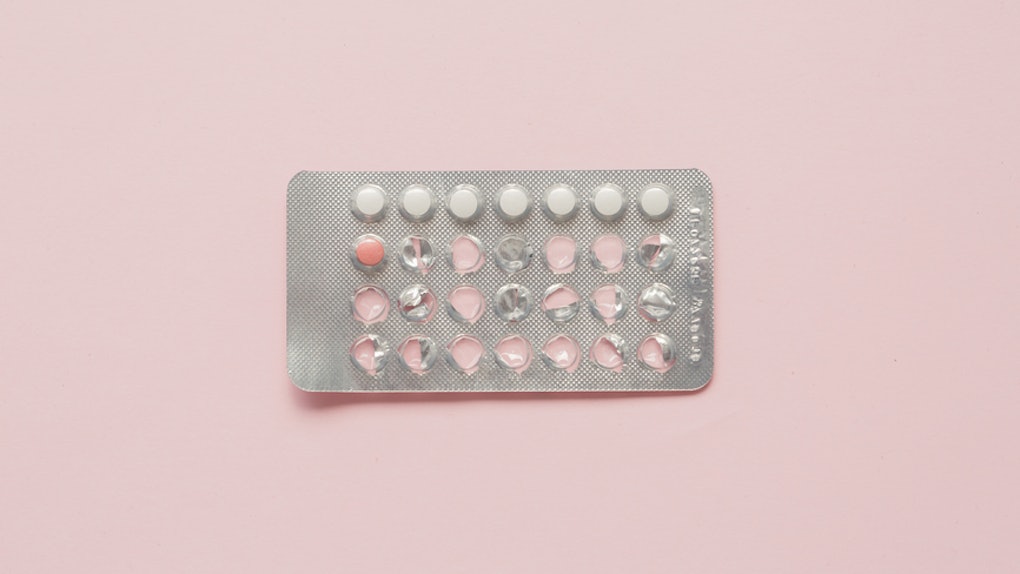 Full transparency: I used to think that Kansas City was located entirely in Kansas. I also used to think that Guinness was the most caloric beer I could order. (It only has 15 more calories than Bud Light.) At one point, I believed that "elite" was pronounced "e-light." (#META!) Like all semi-lazy humans, I love assuming things — it's just so easy. Women often use condoms with male partners while taking antibiotics, so I've always assumed that birth control and antibiotics cancel each other out. Um, sort of like when I eat nachos after hot yoga?

I've never been on the Pill due to health concerns that my very protective doctor had regarding my family history, but I do have an IUD. I don't think antibiotics affect my IUD, but then again, I'm quite literally assuming that — my doctor has never said anything to me, and I haven't been on antibiotics in a minute. I thought antibiotics render birth control pills ineffective, but I didn't really know the truth. And I write about dating, sex, and relationships for a living.

Like Jon Snow, it seems I know nothing. So I decided to speak to an actual doctor — OB/GYN and Occupational Medicine physician Dr. Tami Prince — about whether antibiotics affect birth control, or if it's just a myth.

There's really only one type of antibiotic you should be worried about, and you've probably never taken it.

Not all antibiotics are created equal, and most of the antibiotics you would be prescribed are no cause for worry. "Only Rifampin and Griseofulvin have been consistently shown in studies to decrease the effectiveness of oral contraceptives," explains Dr. Prince. Rifampin is an antibiotic most commonly used to combat tuberculosis, and Griseofulvin is an antifungal used to treat infections of the body, skin, feet, and more.

Why does this happen? Dr. Prince explained that drugs can induce synthesis of a particular enzyme in the liver that then decreases the plasma levels of estrogen in the women taking the pills. Estrogen is found in most birth control pills, and works in tandem with progestin to prevent pregnancy. If estrogen plasmas go down, there could be an increased risk of pregnancy. A 1999 study in the Canadian Journal of Infectious Diseases also found that Rifampin is the only antibiotic reported to reduce plasma estrogen concentrations.

Dr. Price adds that most commonly used antibiotics have shown no interference with oral contraception methods. "Ampicillin and Tetracycline have been previously implicated in case reports of oral contraceptive failure," says Dr. Prince. However, she adds that while Ampicillin (penicillin) and Tetracycline (an antibiotic used to treat acne and infections) do have an effect on the liver, they do not reduce the plasma levels of estrogen, so it's a moot point. In short: ask your doctor, but you're most likely not on the type of antibiotic that can mess with your birth control.

But if you vomit or have diarrhea, use condoms just to be safe.

"I would suggest using a condom for a couple of reasons," says Dr. Prince. "A woman who is taking other medications to combat her illness may forget to take her daily medications." She also explains that if you are vomiting or have diarrhea, the absorption of oral contraceptives may go down.

"The failure rate for oral contraceptives with perfect use is one percent and typical use is about nine percent," adds Dr. Prince. "Using a condom adds another layer of protection in order to prevent unintended pregnancy." This could be where the myth that antibiotics negate birth control originated — maybe your Aunt got pregnant because she was on antibiotics, but wasn't taking her pill consistently.

If this all sounds a bit overwhelming, don't worry. I'm right there with you. What Dr. Prince said basically boils down to one phrase: educate yourself. Get informed about what birth control you're on and what antibiotic you are taking. The greater moral of the story is this: talk to your doctor, like I did. That's what they're there for! Chances are that you are in the clear.