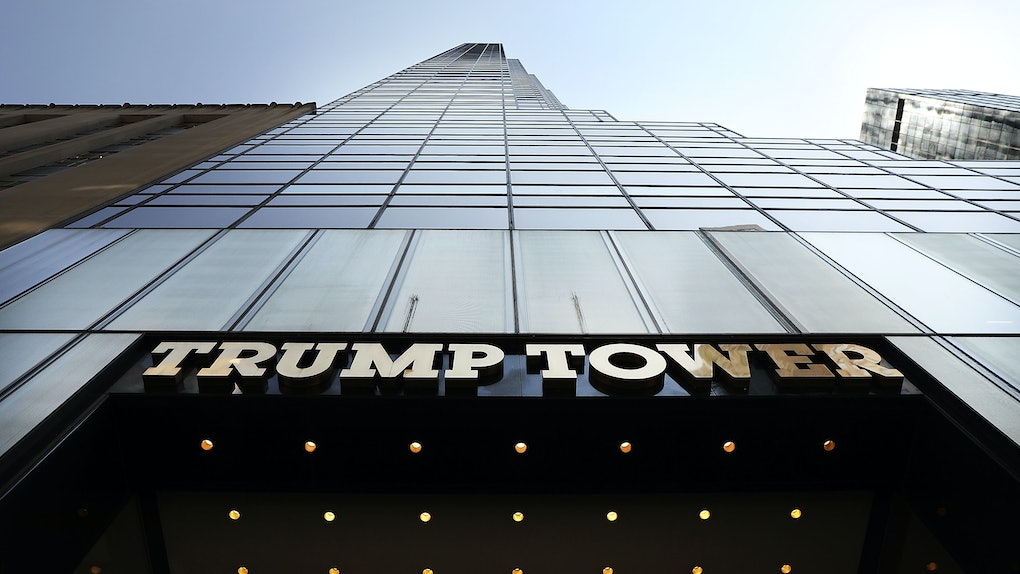 While President Donald Trump has a lot of legal predicaments to keep tabs on, on Tuesday, Dec. 18, the former businessman was delivered a blow in a case from his own native New York state. According to reports, the Trump Foundation is shutting down entirely amid a lawsuit that alleges that the president used the charity for personal and political benefit. Elite Daily reached out to the White House for comment on the news but did not hear back at time of publication.

The dissolution was announced via tweet by New York Attorney General Barbara Underwood, who had filed a lawsuit against the foundation in June. In a statement per CNN, Underwood said Tuesday, "Our petition detailed a shocking pattern of illegality involving the Trump Foundation — including unlawful coordination with the Trump presidential campaign, repeated and willful self-dealing, and much more. This amounted to the Trump Foundation functioning as little more than a checkbook to serve Mr. Trump's business and political interests."

The Washington Post reports that Trump allegedly used money from the foundation to make financial gifts that indirectly benefited him, allegedly including paying off legal settlements, paying for the restoration of fountain adjacent to one of his business properties, and making political donations that weren't disclosed to the IRS.

In a statement to Elite Daily, Alan S. Futerfas, a lawyer for Donald Trump Jr. (who sat on the foundation's board), called Underwood's statement an attempt to "politicize" the situation and said that the attorney general's office had in fact prevented the dissolution of the foundation earlier. The statement said in part,

Contrary to the NYAG’s misleading statement issued earlier today, the Foundation has been seeking to dissolve and distribute its remaining assets to worthwhile charitable causes since Donald J. Trump’s victory in the 2016 Presidential election. .... Over the past decade, the Foundation is proud to have distributed approximately $19 million, including $8.25 million of the President’s personal money, to over 700 different charitable organizations with virtually zero expenses.

The Trump Foundation operates as a charity, and three of Trump's adult children, Eric, Ivanka, and Donald Trump Jr., serve on its board. But The Post's report claimed that the board hadn't met since 1999, and the treasurer, Allen Weisselberg, also an executive at the Trump Organization, was apparently not aware he was even on it.

According to CNN, the lawsuit will proceed despite the reported agreement by both sides to dissolve the foundation, as the prosecution is reportedly pursuing $2.8 million in restitution and to have the Trump children banned from serving on the board of any other nonprofit organization in the state.

As a result of the dissolution, the foundation will now also have to hand over the more than $1.7 million it has reportedly disclosed in assets in its most recent tax returns, per The Post, which Underwood says she plans to redistribute among other charities approved by her office and a state judge.

The Trump Foundation, now facing legal ramifications, is one of several Trump-related entities to be under investigation into its business dealings, per Post. The official family business, the Trump Organization, has been led by Don Jr. and Eric Trump while their father is in office.

The news of the dissolution comes as the country is watching another ongoing court hearing in Washington D.C., where Trump's former campaign associate and national security adviser Michael Flynn is awaiting a sentence in a case against him by federal prosecutors for Special Counsel Robert Mueller. This is the first time a member of the Trump administration is being sentenced as part of Mueller's investigation into possible collusion between Russia and the 2016 presidential campaign.

Amidst all the legal developments surrounding the president and his inner circle on Tuesday, Trump has been tweeting up a storm. But as of writing, he has yet to comment publicly on the dissolution of his own charity.