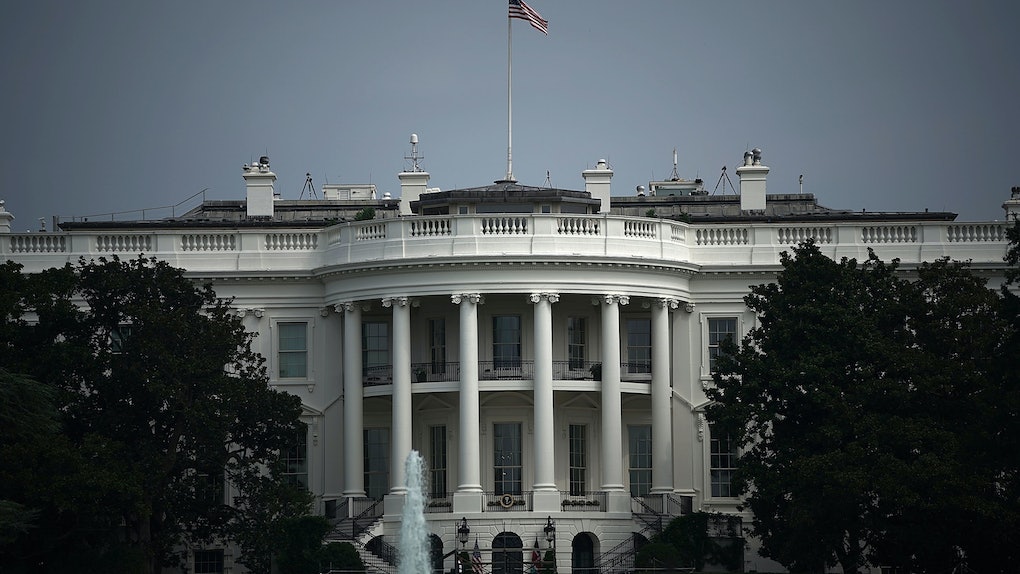 The Trump Administration Is Threatening The International Criminal Court Now

On Monday, Sept. 10, White House National Security Adviser John Bolton made a bold announcement that is making waves across the nation. According to NPR, the Trump administration is threatening the International Criminal Court (ICC), an international court which prosecutes war criminals. We'll have to see how this turns out, but I don't foresee anything good.

UPDATE: A spokesperson for the Department of Defense tells Elite Daily in a Sept. 12 statement that "the United States is deeply committed to complying with the law of war," adding

We do not believe that an ICC examination or investigation with respect to the actions of U.S. personnel in Afghanistan is warranted or appropriate. As we have previously noted, the United States is not a party to the Rome Statute and has not consented to the ICC jurisdiction over American personnel.

EARLIER: On Sept. 10, Bolton delivered a speech to the Federalist Society, a conservative organization that seeks to reform the American legal system, addressing the ICC and a proposed investigation into alleged war crimes committed in Afghanistan. In the speech Bolton said that the United States will do whatever is necessary to "protect citizens" being prosecuted in the court, which he called a threat to American sovereignty. He added that the U.S. would move to sanction the funding for ICC officials and potentially prosecute them in U.S. courts should the investigation move forward. Bolton said,

The United States will use any means necessary to protect our citizens and those of our allies from unjust prosecution by this illegitimate court. We will not cooperate with the ICC. We will provide no assistance to the ICC. And we certainly will not join the ICC. We will let the ICC die on its own. After all, for all intents and purposes, the ICC is already dead to us.

The International Criminal Court (ICC) is an intergovernmental organization which investigates individuals charged with crimes such as genocide, war crime, and other crimes against humanity. The ICC was founded in 2002 during the George W. Bush administration, which Bolton worked within. However, the Bush administration, including then-assistant secretary of state for international organization affairs Bolton, opposed the court's creation. The organization is a part of the United Nations, and currently sits in the Netherlands.

There is a reasonable basis to believe that war crimes and crimes against humanity have been committed in connection with the armed conflict in Afghanistan.

As of April 2018, the decision on whether or not to pursue an investigation had been delayed. Elite Daily reached out to ICC for comment on any potential charges against the United States or members of its military, as well the Department of Defense for comment on the investigation given U.S. presence in Afghanistan, but did not immediately hear back.

Bolton's speech isn't the first time the United States has opposed an international human rights organization. Back in June, U.N. Ambassador Nikki Haley announced that the United States would leave the U.N. Human Rights Council, based on what Haley called a "disproportionate focus" on resolutions against Israel. She said at the time,

Earlier this year, as it has in previous years, the Human Rights Council passed five resolutions against Israel. More than the number passed against North Korea, Iran, and Syria, combined. This disproportionate focus and unending hostility towards Israel is clear proof that this council is motivated by political bias, not by human rights.

On the same day as Bolton's speech, the administration also announced plans to close Washington, D.C.'s Palestine Liberation Organization (PLO) office. According to NPR, the PLO, the national representative of the Palestinian people which oversees Palestinian government in the West Bank, has been calling for the ICC to open investigations into alleged war crimes committed by Israel.

On Sept. 10, State Department spokesperson Heather Nauert delivered a statement that addressed the decision to close PLO's Washington, D.C. office, claiming that the PLO has not made the effort to conduct sincere peace negotiations with Israel. She said,

We have permitted the PLO office to conduct operations that support the objective of achieving a lasting, comprehensive peace between Israelis and the Palestinians. However, the PLO has not taken steps to advance the start of direct and meaningful negotiations with Israel.

This threat towards the ICC probably won't settle conflicts anytime soon. Just like any other decision from the Trump administration, time will only tell what will come from this.