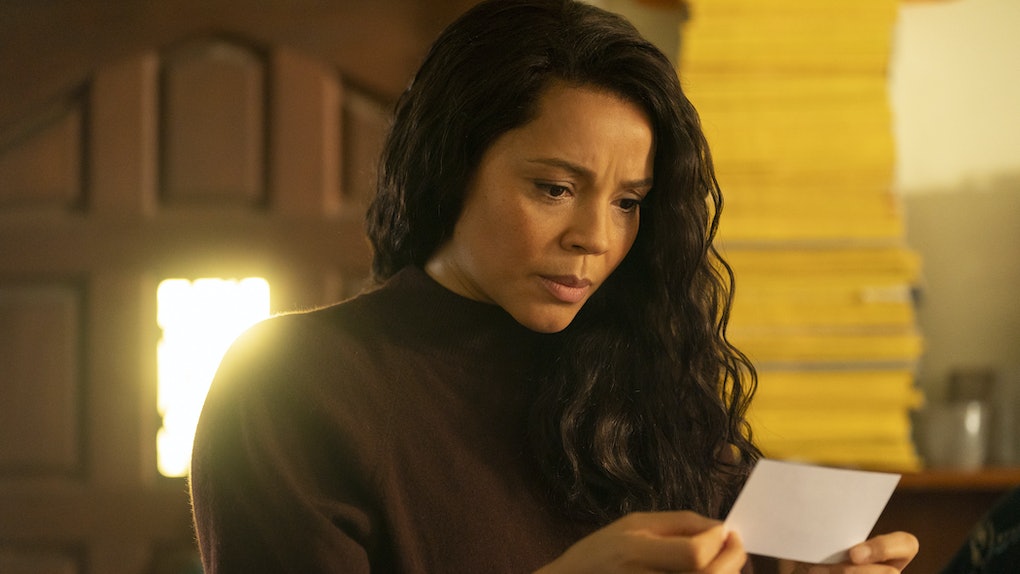 There's only one more episode of True Detective, and most of this season's mysteries already have their answers. At this point, the show all but spelled out who was behind the disappearance of Julie Purcell and hinted at how her brother Will died. This past week's penultimate episode also answered what Hays and West gave up on trying to solve the case. They had another crime to cover up. But not everything has been resolved. The True Detective Season 3 finale promo suggested both West and Hays still have one more answer to find. Warning: Spoilers for True Detective Season 3 follow.

The title for the final episode is "Now Am Found." Note the lack of "I" in this title. Having the personal pronoun "I" might suggest the detectives find Julie. Without it, it feels more disconnected. The truth will out, but how long can Hays hold on to remembering it?

The season finale synopsis suggests Hays' growing inability to hold on to the past will play a major role in next week's finale.

Wayne struggles to hold on to his memories, and his grip on reality, as the truth behind the Purcell case is finally revealed.

Here's the trailer, which has a shot of a door that fans will recognize.

Last week's episode opened with a short scene of Hays dropping his daughter Rebecca at college. Viewers were taken by surprise by this scene since it is set in a year the show had heretofore not visited. (Extrapolating from Rebecca's toddler appearance in 1990, one would guess this scene was circa 2006 or so.)

At first, it seemed like this flashback was merely a set up for Hays to become confused when another girl around the same age walks by in 2015, addressing her as if she were Rebecca and he was moving her into her freshman dorm. However, the finale trailer suggests viewers are in for a second stint in this new era, one that will reveal if Wayne and Amelia stayed married after the events of 1990. (The way he's straightening up to visit her in the classroom suggests maybe not.)

As for those images of West and Hays walking down the same hall behind the man-sized safe Tom Purcell entered only a couple of episodes ago, those suggest something else entirely. Whatever happened between Hoyt and Hays in 1990, Hays seems to have walked away without answers to what happened to Julie Purcell. Whatever Hoyt threatens him with (and one assumes it will be substantial), Hays had to drop the case unsolved, Amelia had to leave her book unwritten, and West and Hays left their partnership for dead.

West and Hays will now uncover those answers for the first time in 2015. Or will they? Will Hays realize he's known the truth all along? Could he learn the truth, only for it to destroy what's left of his mind?

The True Detective season finale will be airing directly opposite the Oscars this weekend. The real question is if these answers will be enough to get fans to change the channel.