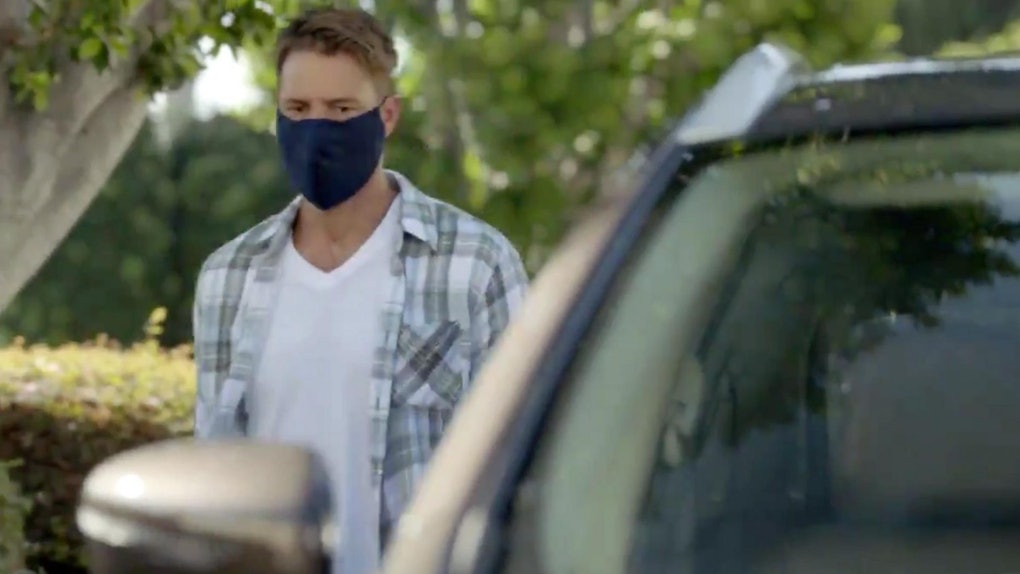 It's arriving about a month behind schedule, but This Is Us will finally return at the end of October. The series' fifth season begins the penultimate chapter of a planned six-season run, but the original outline has already been upended. Rather than stick to the predetermined storyline, showrunner Dan Fogelman is rolling with the punches 2020 throws and facing the coronavirus pandemic head-on in the new season. The This Is Us Season 5 trailer shows that life goes on for the Pearsons, even when the world changes.

People gently poke fun at This Is Us' tear-jerking storylines and emotional heart-tugging, but everyone needs a good, cathartic cry now and again. Considering how this year has gone, by the time This Is Us arrives on Oct. 27, the entire world may be due for one. Never let it be said that NBC does not provide; since the series is about four weeks behind its usual schedule, this season will start with This Is Us' first-ever two-hour installment.

It's far from the show's first multi-part episode. The series regularly does three-parters, in which each episode focuses on a different Pearson Big Three, covering the same day from three perspectives. But fans always had to wait a week between each one. Now, for the first time, it looks like viewers will get it all in one supersized dose.

Here's the synopsis, which (as usual) gives away next to nothing.

In the two-hour premiere, the Pearsons gather to celebrate their 40th birthday while musing about the day they were born.

Notably, a significant portion of this trailer is made up of old footage. That's not surprising, considering filming got underway only a couple of weeks ago, and NBC then moved the release date up by two weeks, so the production team is a little busy at the moment. But there is just enough between the new scenes and the Season 5 premiere flash-forward from 2019's Thanksgiving episode that things just got very interesting.

For instance, viewers know Rebecca's condition is already worsening because her trip to town was a major plotline in the Thanksgiving episode. Also, everyone knows during Kevin and Kate's "birthday at the cabin" that she no longer remembers her sons aren't speaking, at least not without constant reminders.

But what fans had not seen was how Randall spends his 40th birthday. There are several compelling clips showing how his day will go, leading to the shocking discovery that perhaps it's already time for the falling out to begin to heal.