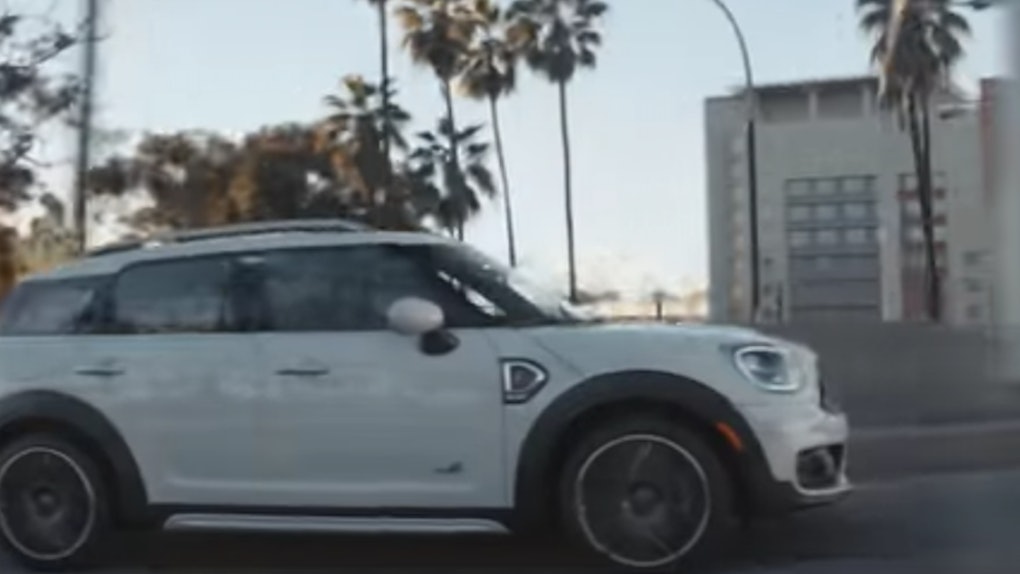 If you're currently watching the Super Bowl, there's a chance you might have one particular tune stuck in you head right now. I'm talking about the song in Mini's 2019 Super Bowl commercial, because it's catchy AF. In case you're wondering, the track is called "Don't Fence Me In" — but it wasn't originally written for the ad. In fact, the song featured in the commercial is a rendition of a classic that you've probably heard in the past. However, Labrinth put his own unique spin on it that'll have you humming the melody for days.

If you missed the Mini ad, allow me to give you a quick recap. At the beginning of the commercial, the camera pans over Los Angeles and you can hear Labrinth's smooth voice singing an acapella version of "Don't Fence Me In" in the background. (FYI, Labrinth is a British singer known for tracks like "Thunderclouds" and "Make Me" with Noah Cyrus — and his voice is truly dreamy.) The commercial then cuts to clips of a 2019 Mini Countryman driving through the urban area, and it's soon revealed that Labrinth is controlling the car.

Keep in mind that he's singing his own version of "Don't Fence Me In" throughout the entire ride.

At the end of the commercial, Labrinth parks his car on the side of the street and takes his acoustic guitar out of the trunk. Then, the ad jumps to a scene of him inside of a recording studio telling the engineers that he has an idea (wink, wink). I'm going to assume that "idea" was going to be recording his own version of "Don't Fence Me In," which was originally written by Cole Porter.

Apparently, my assumption was correct, because Labrinth recorded his very own version of the song exclusively for the Mini brand. According to Ad Age, the singer was given the opportunity to record the track whichever way he wanted to (which ended up being a great decision, to say the least). The final product — which was featured in the Mini Super Bowl commercial — is now available to download online. Therefore, if you want to hear more than one minute of the song, you can listen to the entire fully-recorded track below:

As you can see (er, I mean, hear), the song begins with Labrinth's voice singing alongside a catchy baseline. Soon enough, some harmonies chime and are followed by more instruments in a catchy arrangement. The end of the song comes full circle, because it closes out with layers of just his voice and minimal instrumentation. However, his melody is enough to keep me coming back for more.

If you feel the same way, you can currently download his rendition of the song on streaming sites like Spotify and iTunes. Heck, if you want a physical copy of the tune, swing by your local Mini dealership and pick up a vinyl of the recording. Regardless of how you decide to listen to the song, I guarantee you that it'll get stuck in your head for days. I'm definitely not complaining, though.

More like this
Here's How To Get Taylor Swift's "Fifteen" Snapchat Lens For A 'Fearless' Preview
By Cianna Garrison
'Legendary' Season 2: HBO Max Release Date, Trailer, Cast, Guest Judges, & More
By Rachel Varina
These Tweets About BTS' 'Bang Bang Con 2021' Sum Up The Epic Performance
By Cianna Garrison
Stay up to date