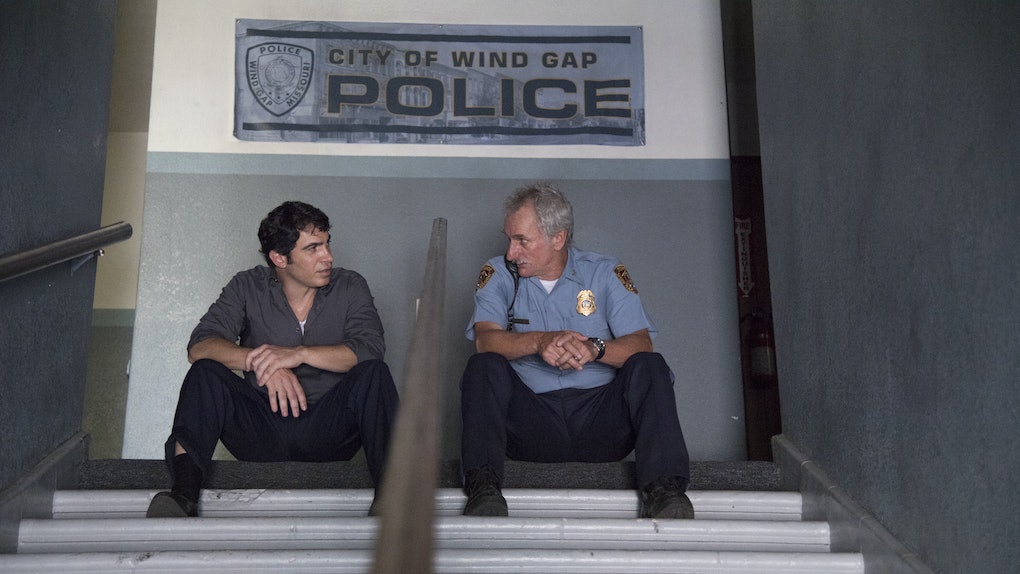 Gillian Flynn, the author of Sharp Objects, is famous for her massive twists. The most well known is the one in her 2012 novel Gone Girl, where Amy Dunne turns out not to have been kidnapped, but to have staged her own disappearance. Sharp Objects was Flynn's first novel, which came out six years prior, and fans were unsure if it might have the same sort of crazy twist as part of the resolution. But the television adaptation of the Sharp Objects ending turned out to have just as big a twist to it. Warning: Spoilers for the Sharp Objects Finale (and a few from the book) follow.

The final episode of Sharp Objects opens with John Keene in custody, but most of the audience is with Detective Willis in thinking he's innocent. Camille's trip back home to her mother only confirms Willis' research into Marian's death. Adora is poisoning Amma to keep her home, to keep her close. So Camille does the only thing she can think of: gives herself over as the victim to take the heat off Amma. Camille will drink the poison to save her sister.

By the time Vickery is forced into action by Camille's editor, who followed the same clues as Willis it seems, Camille is dying of rat poison and anti-freeze. A pair of pliers in the kitchen that match the marks on the two victims confirm Adora must be the murderer. She's guilty of killing three girls and trying to kill two more.

But as Camille notes in her final article on the case, not everything adds up. Her mother's weapons were a woman's weapons, gentle, insidious.

She was guilty of a very female sort of rage.

The pliers and the teeth pulling don't fit into this. Those are the signs of animalistic rage, something inhumane, something driven by the sort of anger Camille feels that pushed her to carve her own body.

But if it wasn't Adora, and it wasn't Alan, and the murders happened before Camille got there, who used the pliers?

The answer — the most significant twist of all — comes when Camille looks inside the dollhouse and discovers Amma has slowly replaced the floor in the recreation of Adora's room with a different sort of ivory tusk: teeth pulled from the victims. Amma pulled the teeth. She either was her mother's accomplice, or she is the killer. The mid-credits scene suggests the latter.

This is where the show leaves it, with a cut to black and no real answers. But the book finishes the tale. Amma is the murderer, and no, her mother didn't help, her friends did. Adora is guilty of Marian's death only.

Amma killed Ann and Natalie, for the crime of taking a minute of her mother's attention. She's also guilty of a third death too. May, her friend from school, also turns up dead, her teeth pulled, after the "fight" May's mother overheard.

Now that's a twist no one saw coming.

More like this
Who Is Annabelle On 'Cruel Summer'? Let's Discuss Kate's New Twist
By Rachel Varina
3 Theories About Jackson Avery's 'Grey's Anatomy' Ending That'll Wreck You
By Abby Monteil
TikTok's #NotTheMainCharacter Trend Shows The Supporting Role You Connect With Most
By Marisa Casciano
Stay up to date