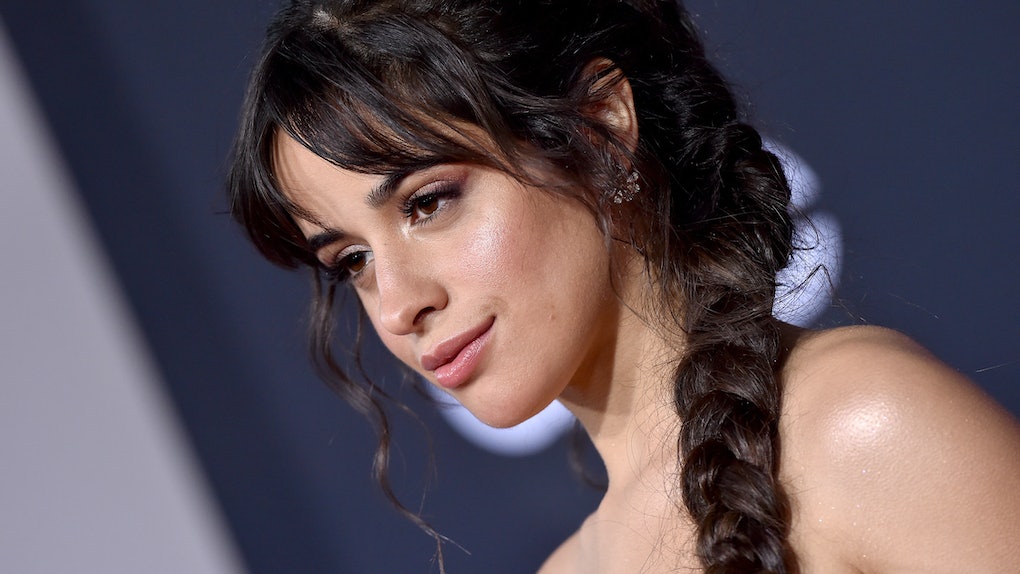 Camila Cabello is spilling secrets. The "Señorita" singer admitted to taking a writing utensil from Kensington Palace, and Prince William and Duchess Kate didn't seem to mind. The royals' response to Camila Cabello stealing a pencil from the Palace shows even the royals have a sense of humor.

Let's get down to the details. On Nov. 26, Cabello sat down for an interview with BBC radio host Greg James, who was actually the person who "triple-doggy-dared" her to steal the item. Cabello decided to share the story of her risky move and issue an apology to William and Kate.

“You can’t not do a triple-doggy-dare," Cabello said. "If there’s anything I’ve learned in my life, it’s that. So I did it."

Cabello went on to explain that James actually called her out to palace workers on the spot. "[He was] like, ‘She stole a pencil!’" Cabello recalled. "And I was like, ‘Oh, my god.’ And I put it in my mom’s purse, and my mom was like, ‘No, we have to give it back. We have to give back the pencil.'"

But the mother-daughter duo ended up keeping the pencil. “So I’m sorry," Cabello continued. "I still have it. I’m sorry William, and I’m sorry Kate.”

After the full video was posted to BBC Radio 1's Twitter, it caught the attention of *someone* at Kensington Palace.

And here's the epic response.

Thanks to Cabello, the world now knows William and Kate (or someone on their staff) talk using emojis. Cabello's pencil stealing antics took place the day she met William and Kate at Radio 1’s Teen Heroes of 2019 event at the Palace on Oct. 22.

"I was so honored to be invited to Kensington Palace to meet and celebrate this year’s Teen Hero finalists with the Duke and Duchess of Cambridge," Cabello told BBC of the visit. "Hearing the incredible things these Teen Heroes have done is so inspirational. Their passion and dedication to help others is amazing and they really blew me away."

William and Kate seemed to hit it off well with Cabello.

While I don't encourage anyone to steal anything from Kensington Palace (should you get the chance to go there), Cabello's adorable story was so harmless that even the royals couldn't be angry.