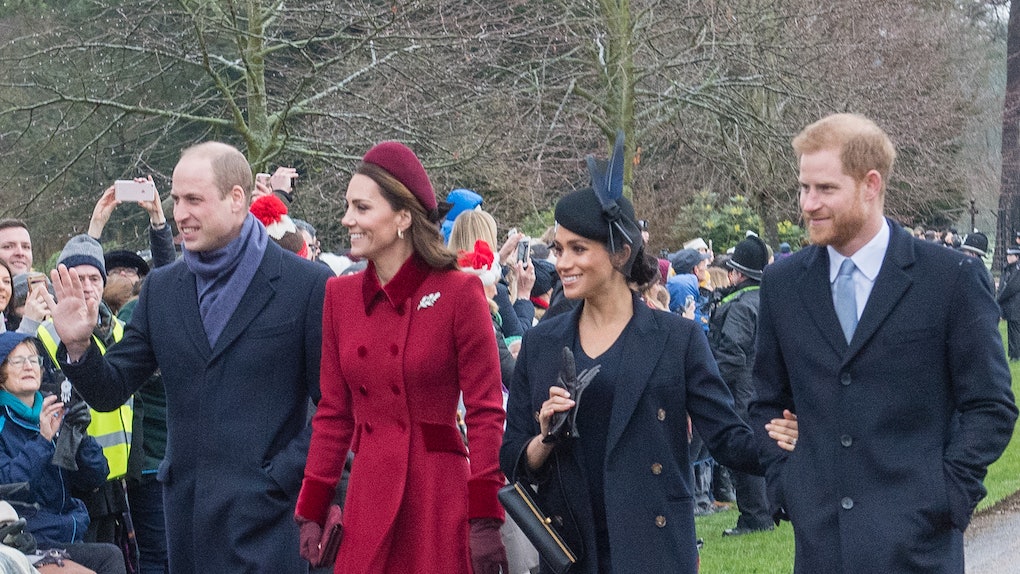 It's hard to keep up with all the royal news that goes on daily. Many fans tend to focus on only the happy moments Prince William and Prince Harry share with their families, but even those aren't always free of the drama. A major example being the reported reason William and Kate waited a week to meet baby Archie.

From the start of their relationship, Meghan and Harry were vocal about their hope to keep things in their personal life as private as possible despite being members of the royal family. When it came to the birth of their son, the couple worked hard to balance letting the world in on their happy news and protecting their privacy. On May 6, 2019, Meghan and Harry quietly welcomed Archie and made their way back to the safety of their home before even releasing the news that the former actress had gone into labor.

It was, obviously, all part of their plan, but one that William seemingly disagreed with, according to British historian Robert Lacey in his new book, Battle of Brothers: William, Harry and the Inside Story of a Family in Tumult. (Elite Daily reached out to Harry and William's reps for comment on Lacey's claims, but did not hear back.)

“Baby Archie had arrived with the dawn at 5.26 a.m., allowing grandmother Doria [Ragland] and the happy couple to return to Windsor with their precious cargo undetected," Lacey wrote, claiming it wasn't until eight hours later that the royal family released an official statement saying Meghan "went into labor."

Lacey claims that William “did not think too highly of Harry and Meghan’s ‘prima donna’ supposed manoeuvres to conceal the birth of their son," and that it contributed to the reason he and Kate waited “a full eight days” to meet their nephew.

“By contrast, the Queen, Prince Philip, Charles and Camilla all turned up within hours to coo over the baby — and it seemed strange that, when the Cambridges did finally pitch up more than a week later, they didn’t bring along George, Charlotte and Louis to welcome their new cousin," Lacey added.

Hopefully, if Lacey's claims are true, Harry and William have settled their differences and are on better terms now that it's been a year and a half.

More like this
These Tweets About Prince William Being The "World's Sexiest Bald Man" Don't Hold Back
By Cianna Garrison
When Are Ariana Grande & Dalton Gomez Getting Married? Here's The Reported Tea
By Corinne Sullivan
Why Is Regé-Jean Page Leaving 'Bridgerton'? Fans Of The Book Know The Reason
By Dylan Kickham
Stay up to date