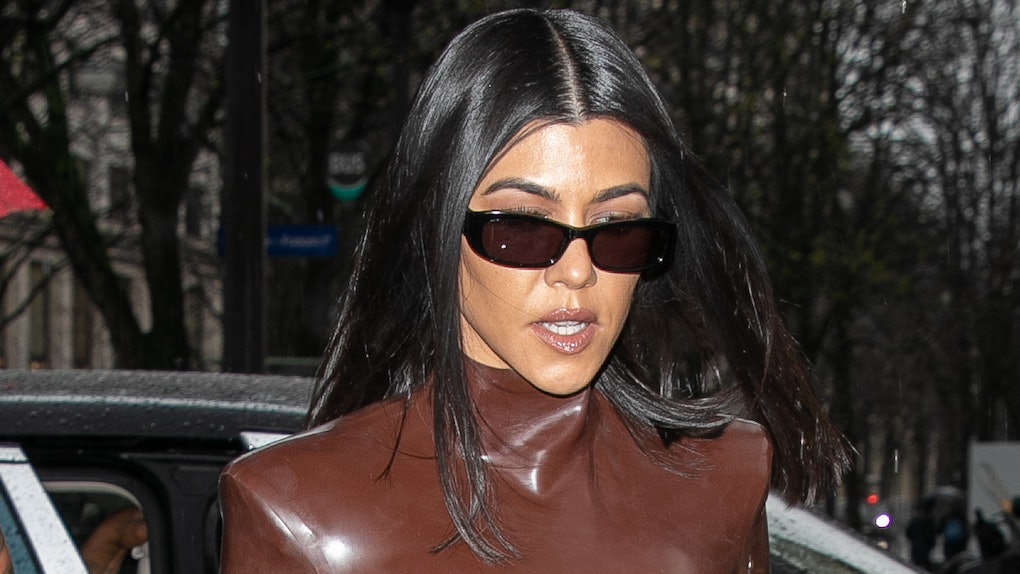 Kourtney Kardashian may be a cool mom, but she's still a mom. In between whisking her kids away on glamorous trips and making fun TikTok videos, she still has to lay down the law at times. The Keeping Up With The Kardashians star made her son take down his Instagram page, and has since explained why she made the call. The reason Kourtney Kardashian deleted Mason Disick's Instagram is so understandable.

Disick's Instagram page disappeared just as quickly as it arrived. The 10-year-old's latest social media venture was live for just about 24 hours, but his time on IG was cut short when his parents learned about it.

When speaking with her bestie Sarah Howard during a Poosh Instagram Live on March 25, Kourt explained why she pulled the plug on Mason's fledgling social media page. "He started an Instagram yesterday and didn't ask us," she said. "I did delete it because Scott and I just felt like... He's 10!"

She revealed that her son being three years below the Instagram age limit didn't sit well with her. "I think there's an age limit with Instagram, I think it's 13... but, just in general, I think on Instagram, the thing that really worries me with kids is just comments. People can be so mean," she said.

Sure, Disick was a bit young to be posting up on the gram, but the decision might also have to do with the fact he's been spilling some major family tea.

While his page was still active, Disick went on Instagram Live and revealed to the world that Kylie Jenner and Travis Scott are absolutely not back together. Yep, just like that, we all got the answer we've been wanting.

"No, Kylie and Travis are not back together," he bluntly said when a fan asked.

Disick seems to have been booted off Tiktok as well. Although he got his viral start on the app thanks to some help from Kourtney and David Dobrick, his account has since been suspended. Probably because you have to be 13 to have a TikTok as well.

Sorry, Mason. Just a few more years and you'll be able to be the viral social media star we all know you are!